🏖️ Happy summer Friday. If you're working today, thank you! If you have the blessing of a long weekend, soak it in.

1 big thing: How the Supreme Court will upend 2020

The Supreme Court is already poised to drop some big political bombshells right into the heat of the 2020 campaign. And there are even more waiting in the wings, Axios' Sam Baker writes.

There’s more on the way.

Between the lines: Trump's ability to steer the court to the right, and specifically the presence of Justice Brett Kavanaugh, looms large in all of these cases.

All these cases carry major legal and political implications:

Traditionally, conservative voters are more focused on the courts than liberals.

The bottom line: If Trump is reelected and able to replace a liberal justice — or even if a Republican Senate blocks a Democratic president from filling lower-court vacancies — the judiciary could become a roadblock that stymies Democrats for generations.

This is a "two-tier recovery," Matthew Mish, head of credit strategy at the investment bank UBS, told the WashPost's Heather Long for a front-page article, "In boom times, struggling to get by":

Why it matters, from The Post: "Economists fear such precarious financial situations put many Americans at risk if there is even a mild setback in the economy, potentially setting up the next recession to be worse than anything in recent history except the Great Recession." 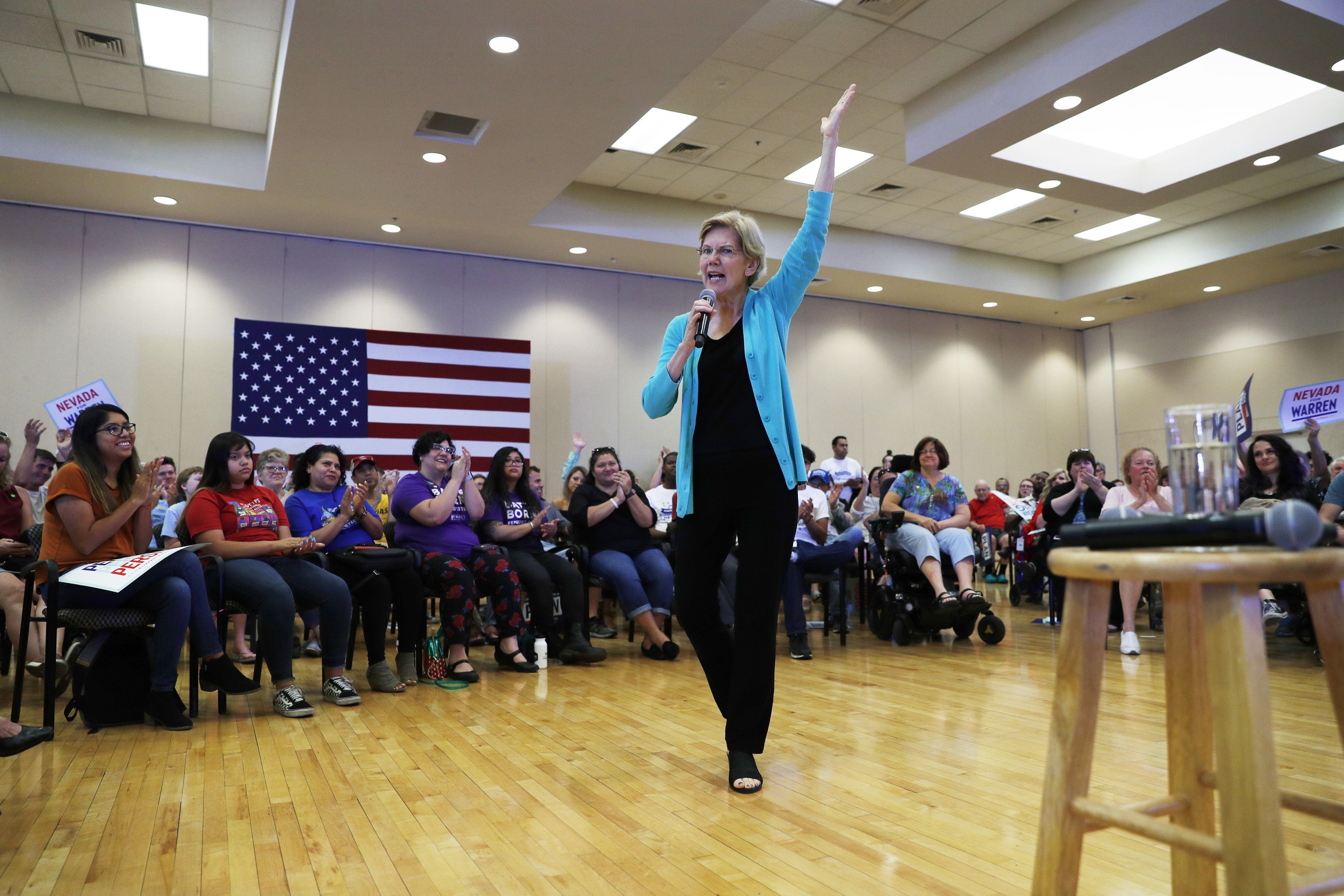 Sen. Elizabeth Warren, "who rose to national prominence by calling for tough regulation after the financial crisis, is winning respect from a small but growing circle of senior bankers and hedge fund managers," Bloomberg's Lananh Nguyen and Tyler Pager write.

David Schamis, chief investment officer of Atlas Merchant Capital, told Bloomberg that while Warren isn’t his top choice, he'd have no trouble supporting her if she were the Democratic nominee: The U.S. Army Band played during a Navy Blue Angels flyover at the end of an Independence Day celebration in front of the Lincoln Memorial. 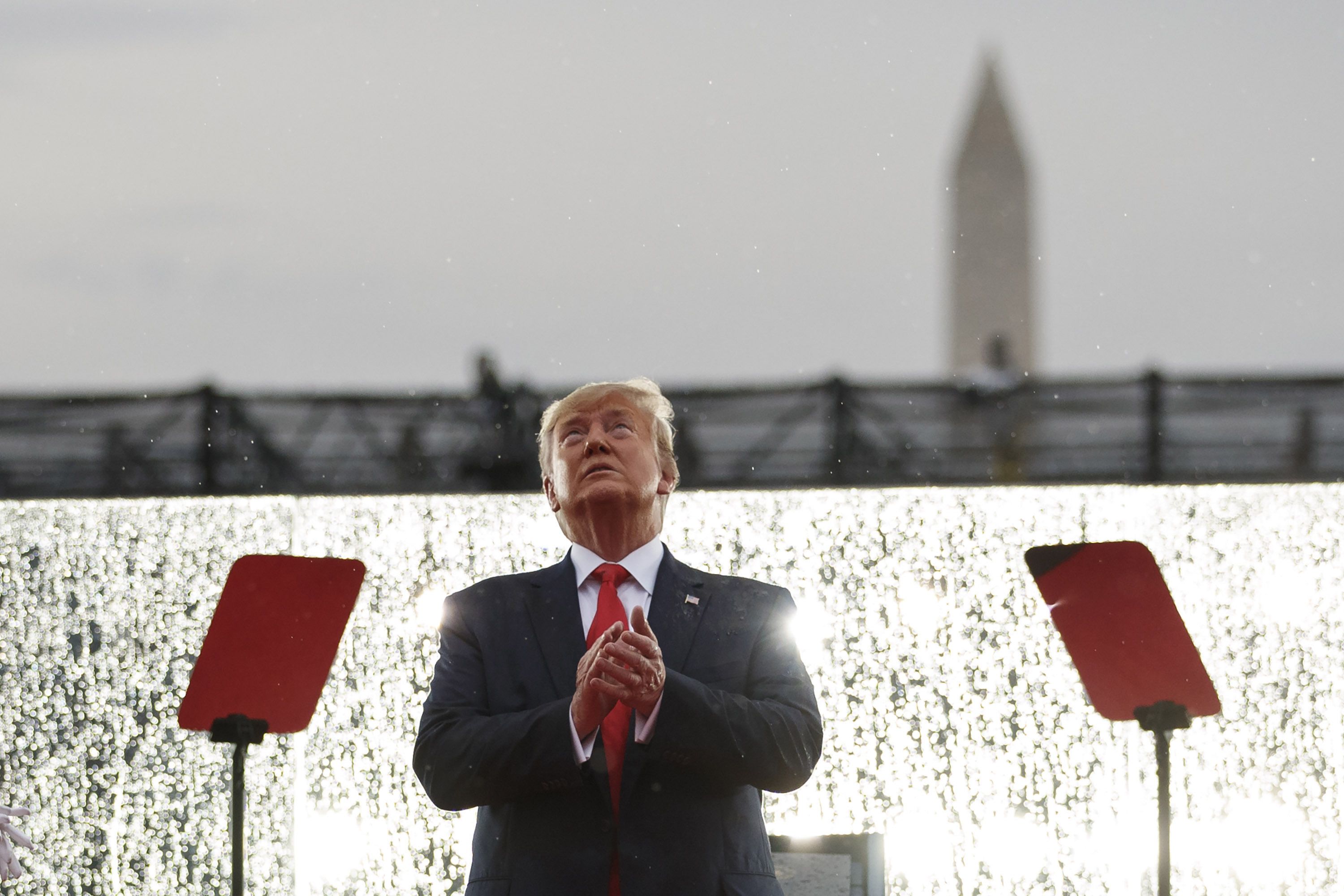 How it's playing ... N.Y. Times: "President Plays M.C." ... WashPost: "A divided America gathers for Fourth" ... L.A. Times: "Trump injects himself into D.C.’s Fourth of July, changing the tone with his demands and personality."

And Biden on Democrats, per CNN: 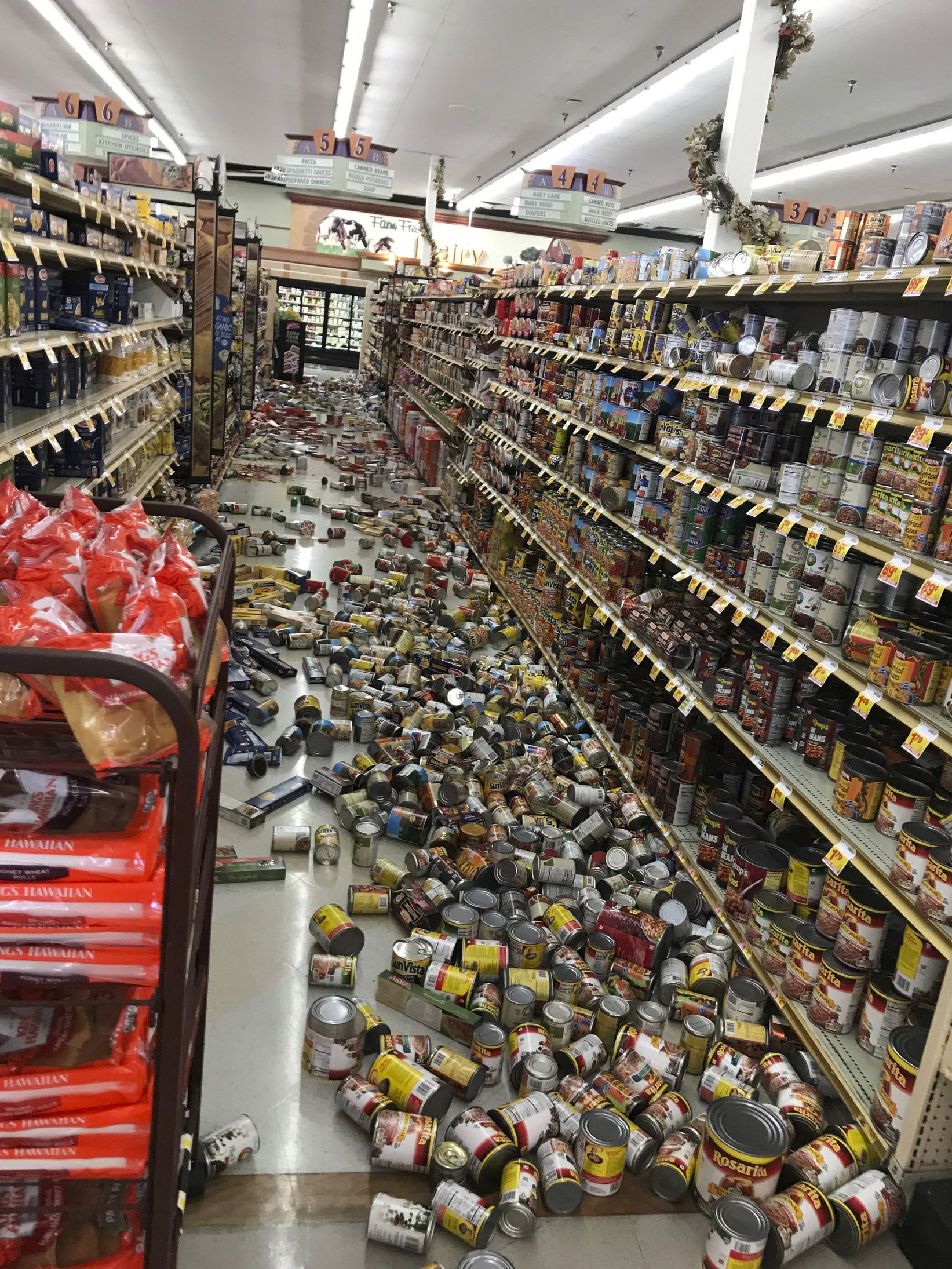 Stater Bros. supermarket in Ridgecrest, Calif., where the quake was based (Photo: Adam Graehl via AP)