🎰 Hello from Vegas, where I and several Axios colleagues are attending the world's largest tech convention — CES, formerly the Consumer Electronics Show. Where the missiles hit. Graphic: AP

Before Iran launched more than a dozen ballistic missiles last night at U.S. forces in Iraq, President Trump drew the brightest red line of his presidency when he tweeted a warning Saturday to Iran about hitting "American assets."

Why it matters, from Axios' Jonathan Swan: Experts see that aftermath as a best-case scenario for de-escalation. 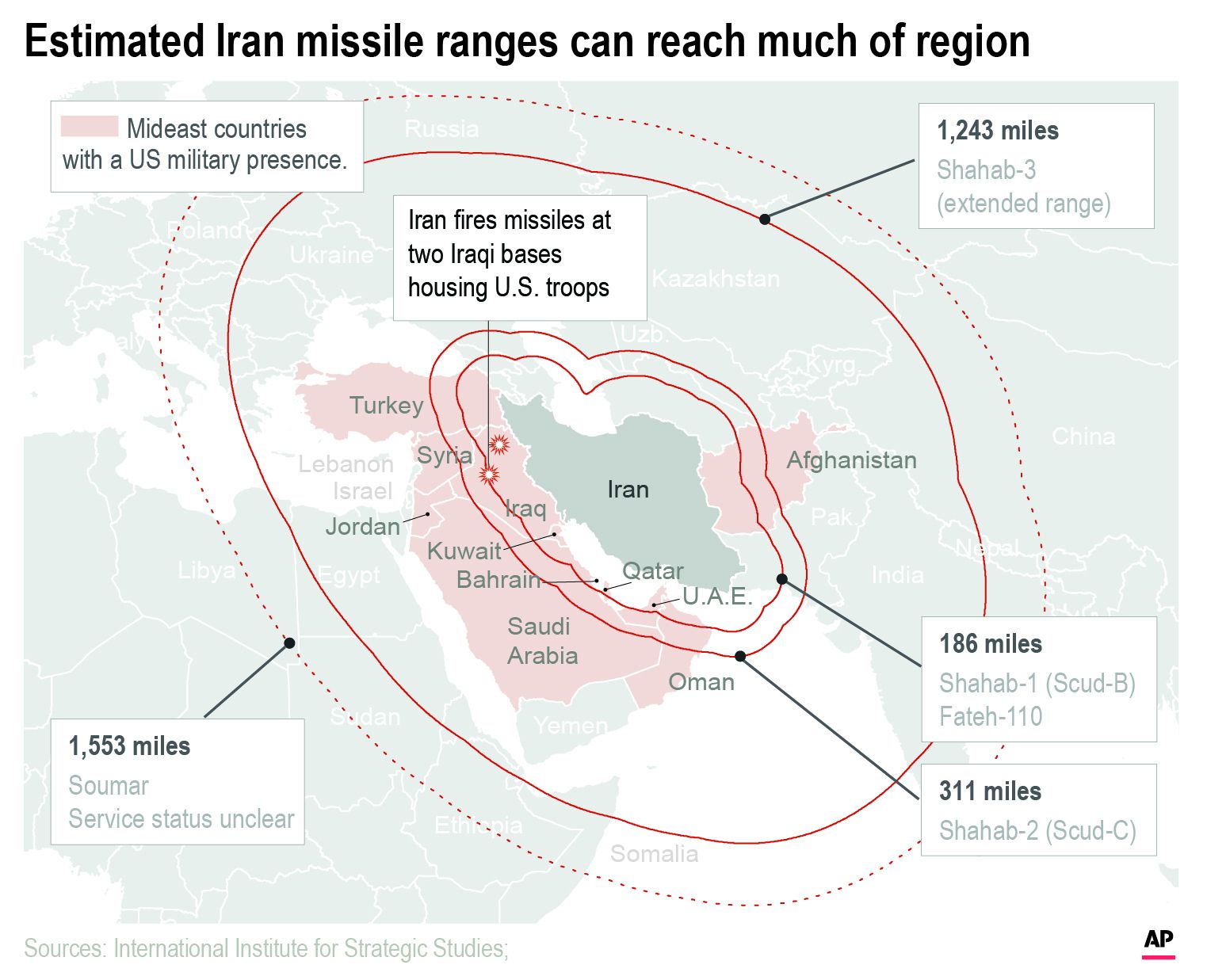 Here's the latest on Iran's retaliatory strike, via AP:

Trump, who'll address the nation this morning, tweeted: "All is well!"

A hopeful signal from Iranian Foreign Minister Mohammad Javad Zarif, who tweeted: "Iran took & concluded proportionate measures in self-defense ... We do not seek escalation or war, but will defend ourselves against any aggression." 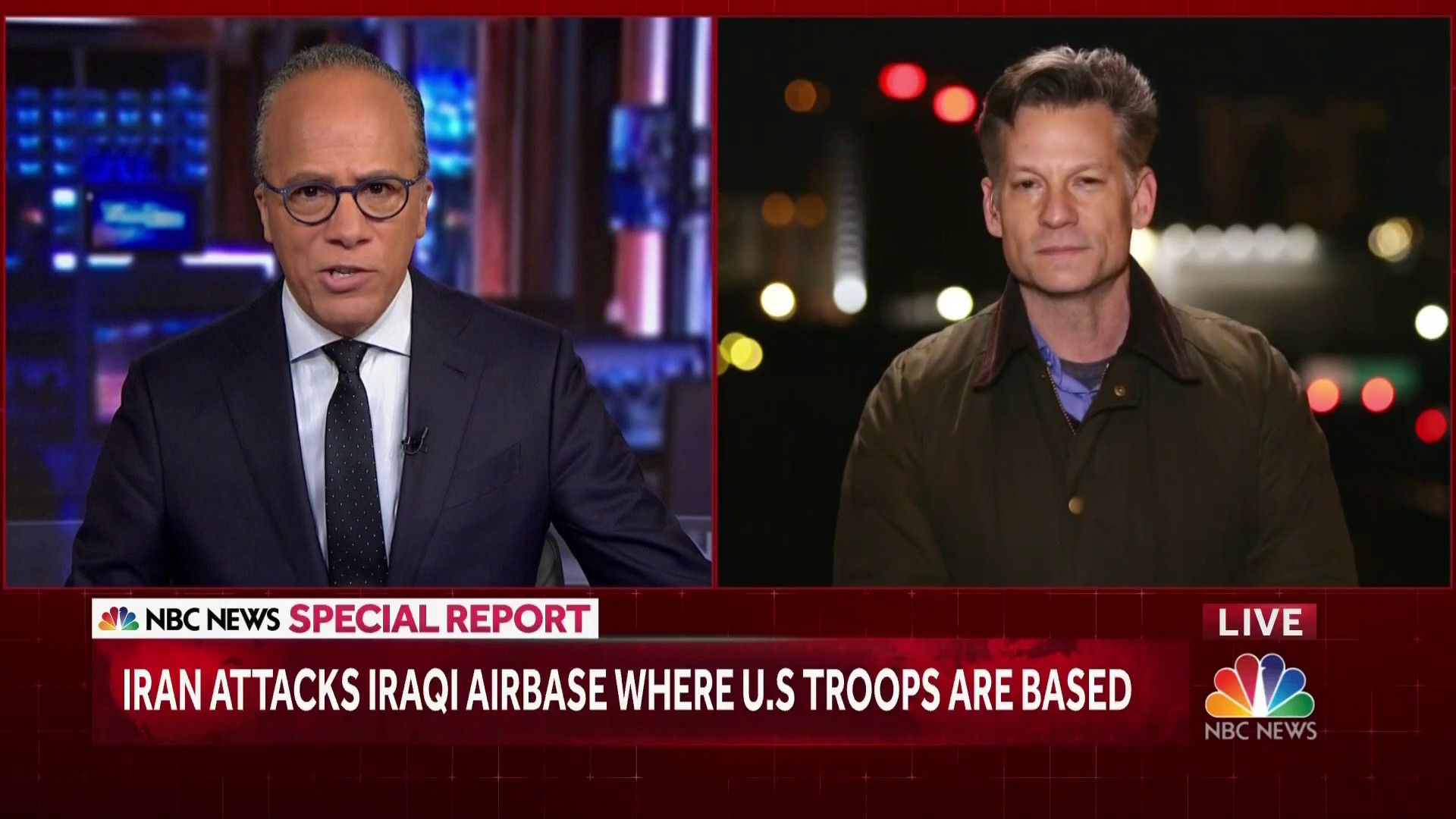 Several events over the past few years, and especially the last nine months, have put the reliability of production in the oil-rich region at risk, including:

How it works: No country can ever be truly "energy independent" (as the popular political messaging goes) because oil is traded on a global market. But America is as close to it right now as it’s ever been. 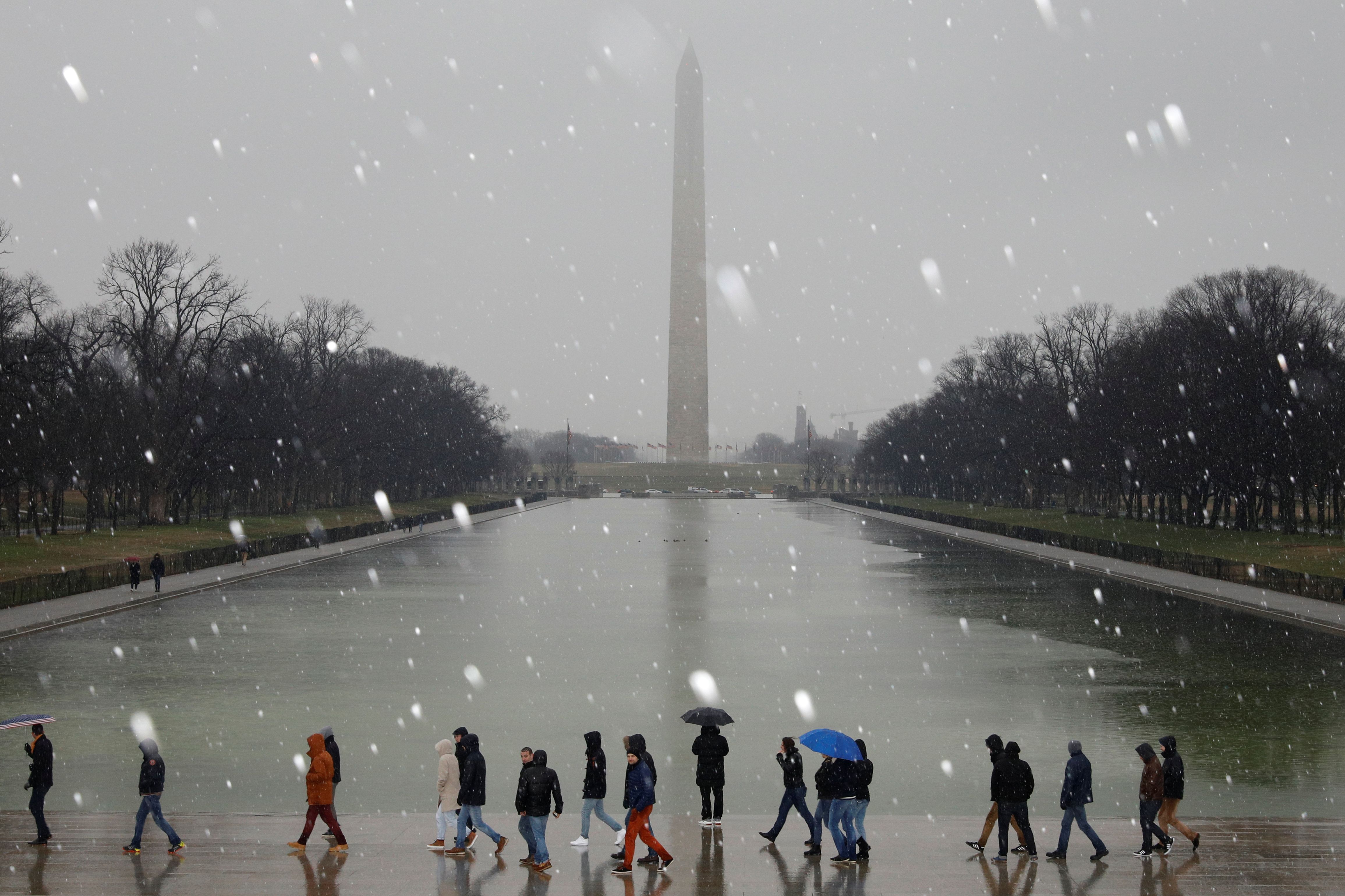 The federal government closed in D.C. at 1 p.m. yesterday for a surprise snowfall, seen here at the Lincoln Memorial Reflecting Pool. 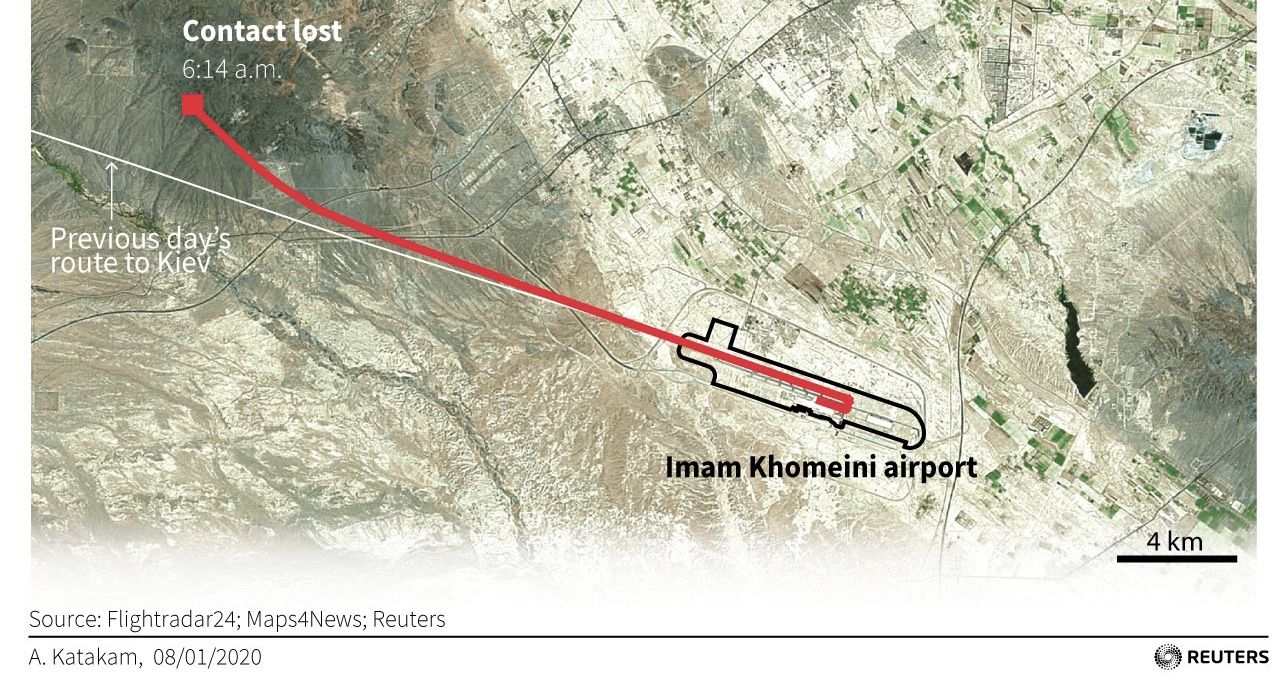 A Ukrainian airliner burst into flames shortly after takeoff from Tehran today, "killing all 176 people aboard," Reuters reports.

6. Apple diversifies beyond the iPhone

Apple announces today that its services business, which includes software for things like news, gaming, apps, music and video, had its best ever year in 2019, Axios' Sara Fischer reports.

Why it matters: Apple has been focusing on growing its services business as iPhone sales have dropped. 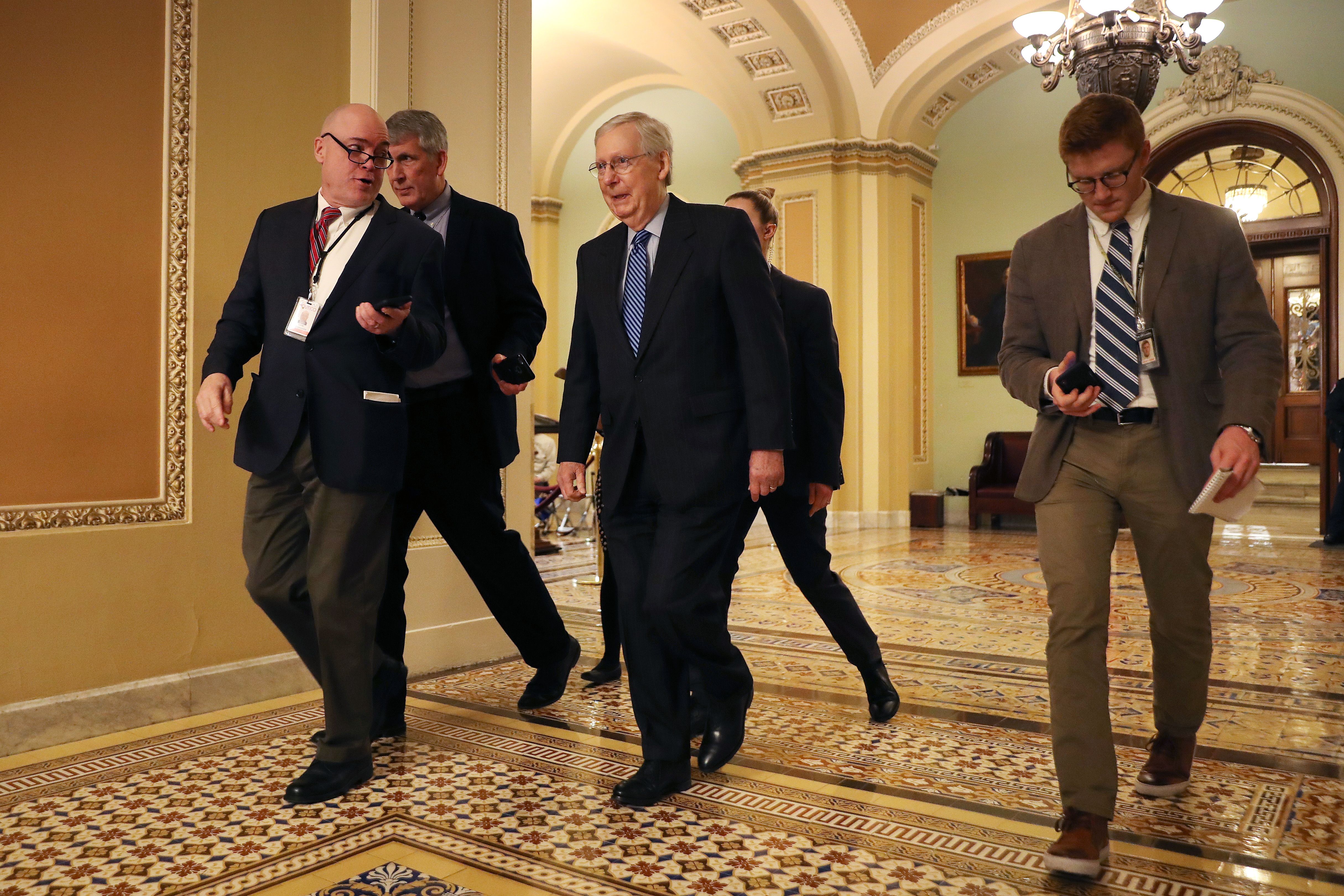 Speaker Pelosi cut short an impeachment discussion with her leadership team at the Capitol last night, after an aide handed her a note about the missile strikes.

Mike Bloomberg's economic agenda, out this morning, focuses on helping "the people and communities that have been short-changed by President Trump," with the goal of creating jobs and raising salaries, Axios' Alexi McCammond writes.

Bloomberg will travel to Illinois, Minnesota and Ohio to sell his "All-In Economy" agenda, and Axios will be at all three stops.

9. Ivanka wants Americans to have their diplomas on their phones

Ivanka Trump said at CES that Americans should be able to carry their diplomas and other important records on their smartphones, Axios' Ina Fried reports from Vegas.

Video of the talk, "The Path to the Future of Work."

How it worked: "[P]layers shared the information among teammates, thus allowing base runners to relay pitches to hitters."