🎬 See you tonight for "Axios on HBO" (6 p.m. ET/PT). Mayor Pete and I sit down at his South Bend headquarters. Watch a clip.

1 big thing: What happens when a migrant child crosses the border

Since October of last year, the U.S. border patrol has arrested almost a quarter of a million child migrants who crossed the border alone or with their family, a Customs and Border Protection official tells Axios' Stef Kight.

Why it matters: The U.S. immigration system is not set up to handle this surge of young migrants mostly from Central American nations — and it's breaking down.

Lazaro Gamio, our deputy managing editor for visuals, is pioneering "illustrated stories," based on expert reporting and driven by visuals. ⚡ Bulletin: Hong Kong leader Carrie Lam apologized today for a controversial extradition bill that prompted hundreds of thousands of black-clad protesters to return to the streets today — this time to demand her resignation.

Why it matters: This is one of the great victories for democracy, and a threat to China’s authoritarian regime. The people have stood up to Xi like never before.

The U.S. cyberwarfare strategy against Moscow "has shifted more toward offense, ... with the placement of potentially crippling malware inside the Russian [electric power grid] at a depth and with an aggressiveness that had never been tried before," the N.Y. Times' David E. Sanger and Nicole Perlroth report.

The intrigue: "Two administration officials said they believed Mr. Trump had not been briefed in any detail about the steps."

Shot ... From a pair of Trump tweets: "Do you believe that the Failing New York Times just did a story stating that the United States is substantially increasing Cyber Attacks on Russia. This is a virtual act of Treason by a once great paper ... ALSO, NOT TRUE! " "A small congregation in white hard hats attended mass at Notre Dame Cathedral in Paris on Saturday, the first service since fire devastated the Gothic landmark two months ago." (Reuters) 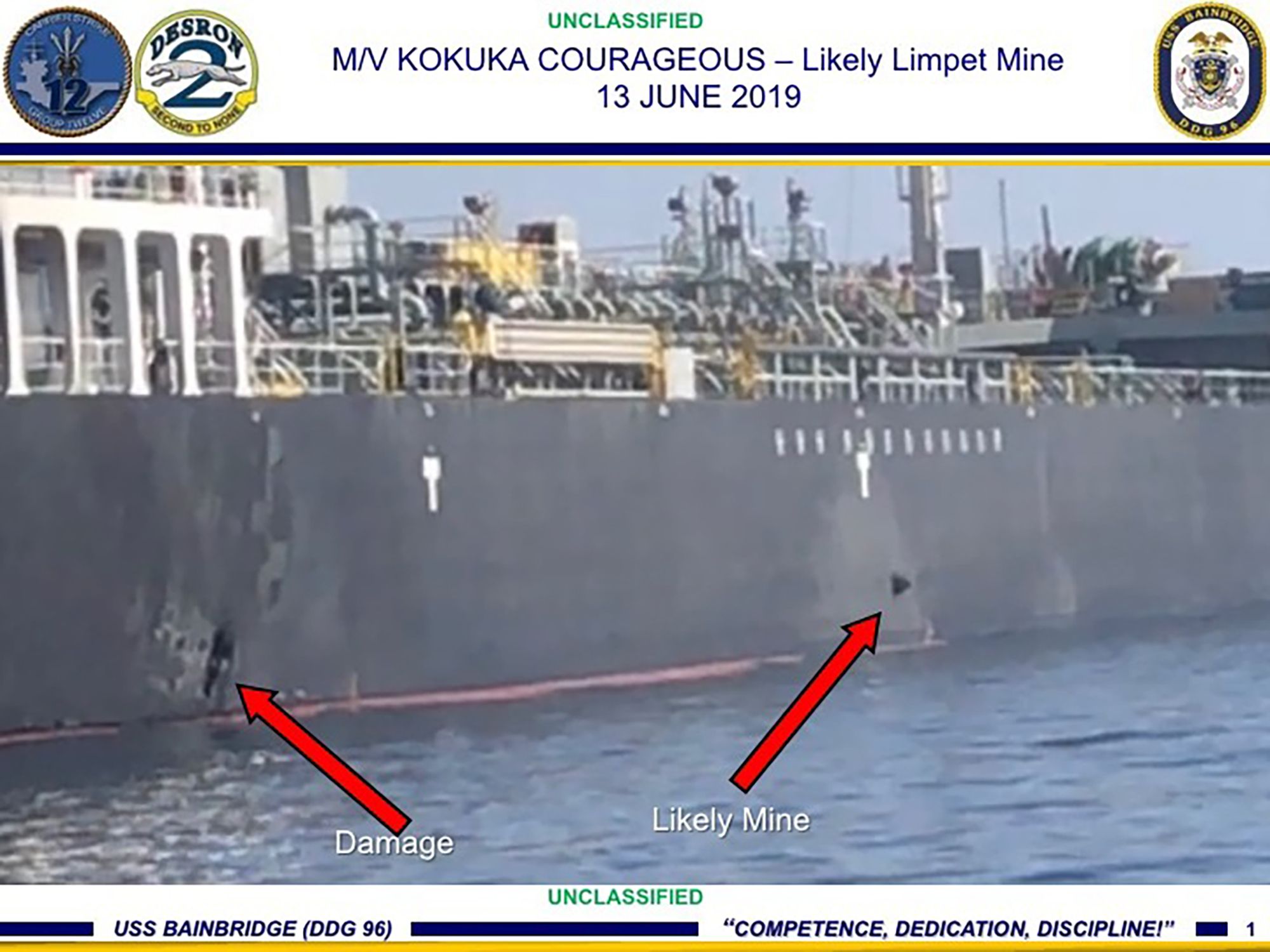 The U.S. military says Iran's Revolutionary Guard removed an unexploded limpet mine from one of the oil tankers targeted near the Strait of Hormuz. (U.S. Central Command via AP)

The Trump administration began an urgent debate on Friday over how to respond to what officials say has grown into a shadow war with Iran ... "The behind-the-scenes competition for Wall Street money in the 2020 presidential race is reaching a fevered peak this week as no less than nine Democrats are holding New York fund-raisers in a span of nine days, racing ahead of a June 30 filing deadline," the N.Y. Times' Shane Goldmacher reports.

Between the lines: "[T]hose who care most about picking a winner are gravitating toward Mr. Biden and Ms. Harris, while donors are swooning over Mr. Buttigieg enough to open their wallets and bundling networks for him." 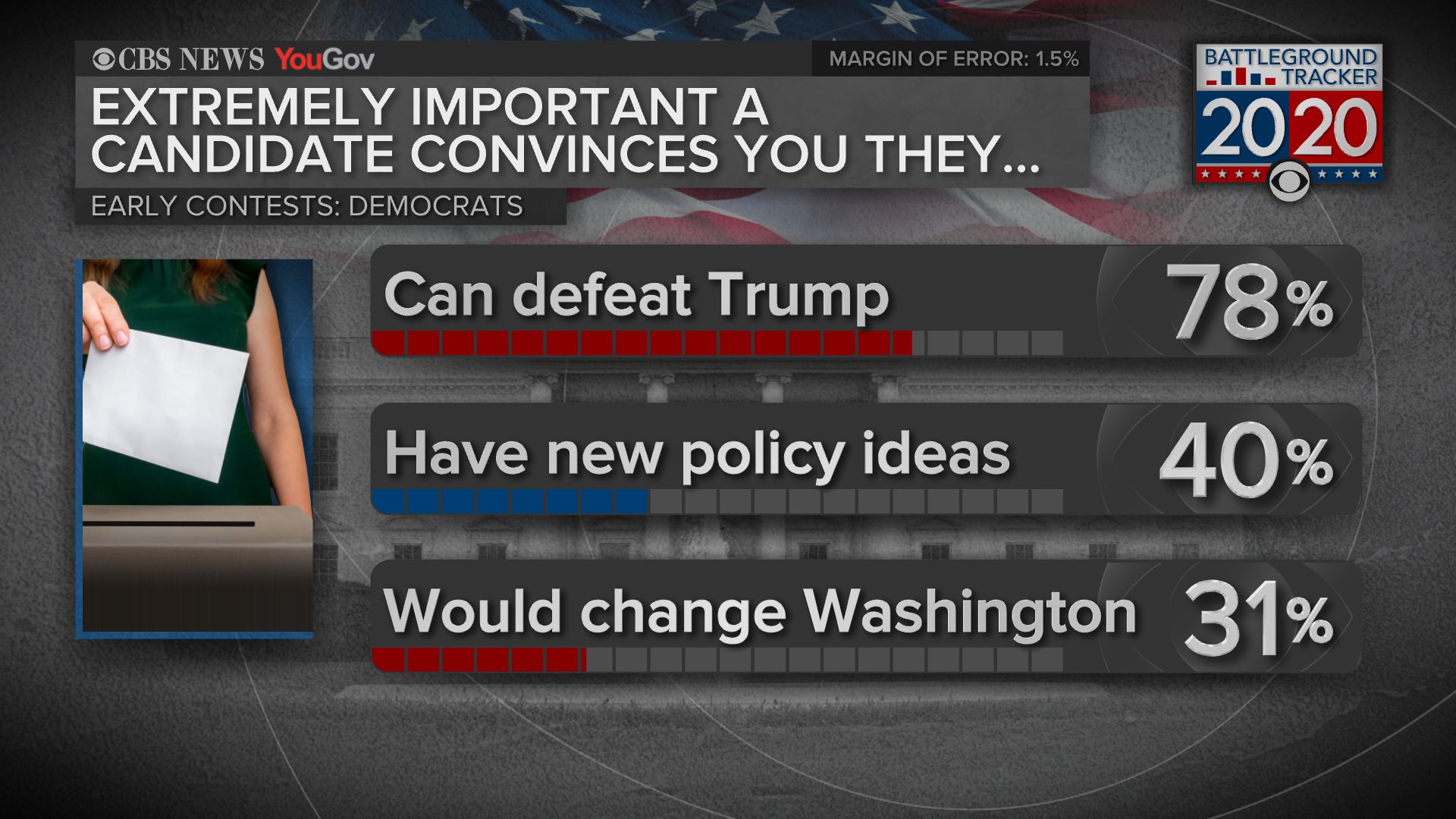 This CBS News survey, conducted by YouGov between May 31 and June 12, includes 7,885 Democrats in 18 states holding early primaries and caucuses. 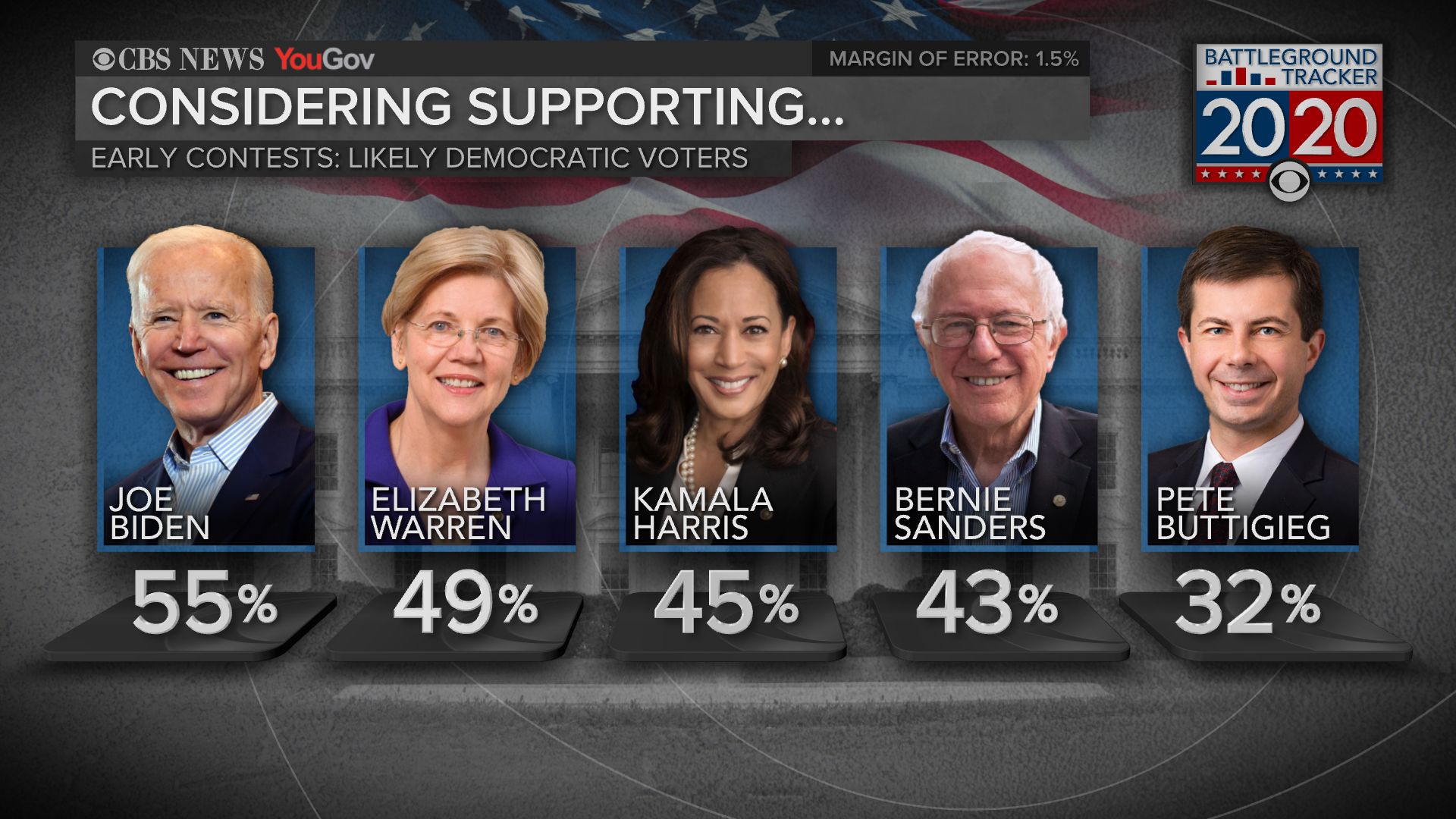 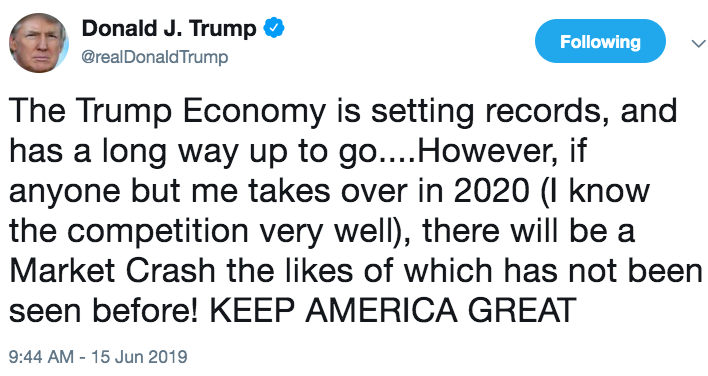 Four years ago today — on June 16, 2015 — Donald Trump rode down the golden escalator at Trump Tower and declared his candidacy for president.

The N.Y. Times ran the story on page A16, with a front-page tease. Here's the lower-left corner of the next day's WashPost front page: 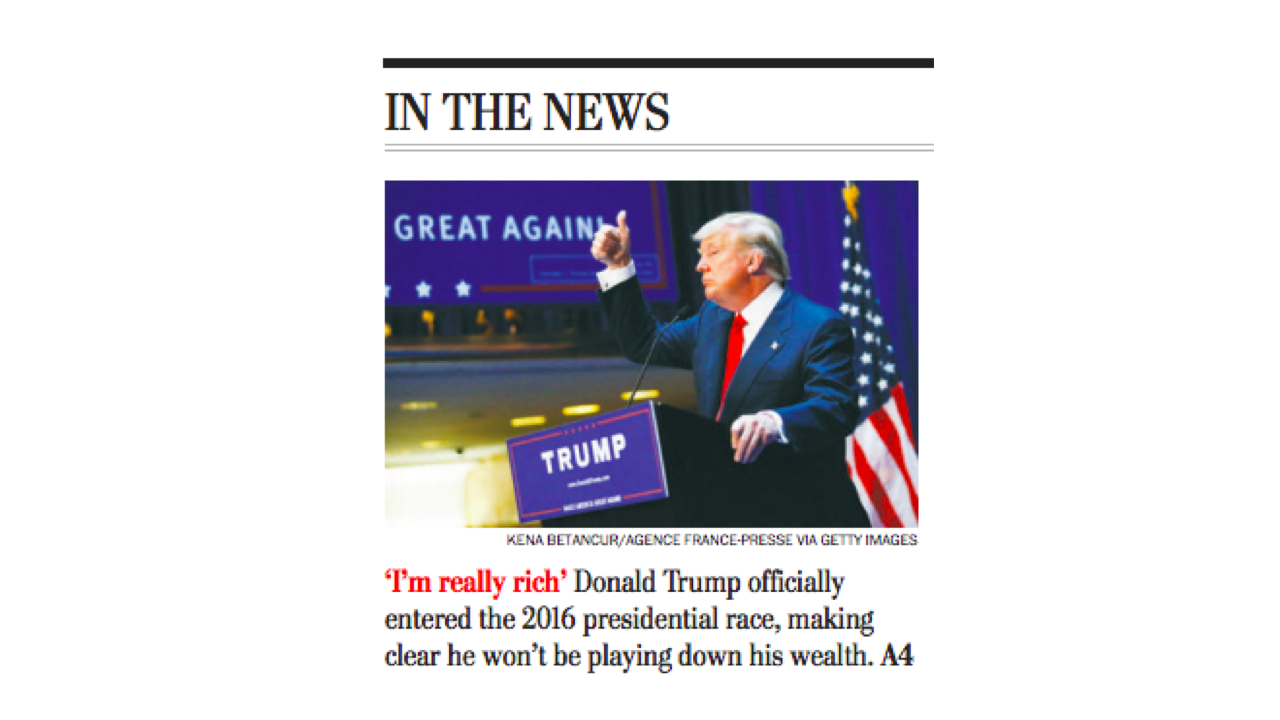 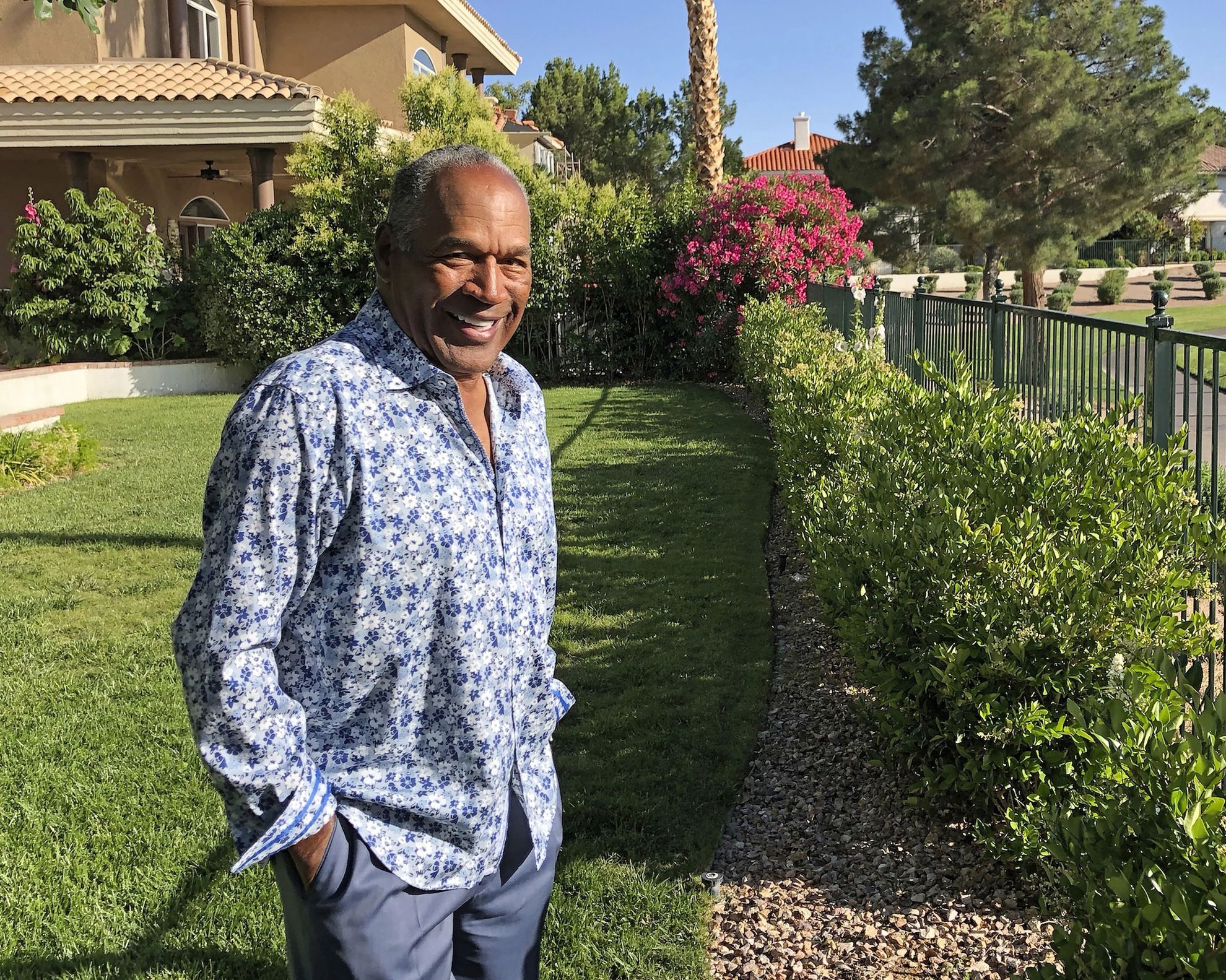 O.J. Simpson in the garden of his Las Vegas area home on June 3 (Didier J. Fabien via AP)

O.J. Simpson, 71, launched a Twitter account (@TheRealOJ32) with a video post saying he's got a "little gettin' even to do," reports AP's Linda Deutsch, now retired, who covered Simpson's legal cases during her 48 years as an L.A. trial reporter. 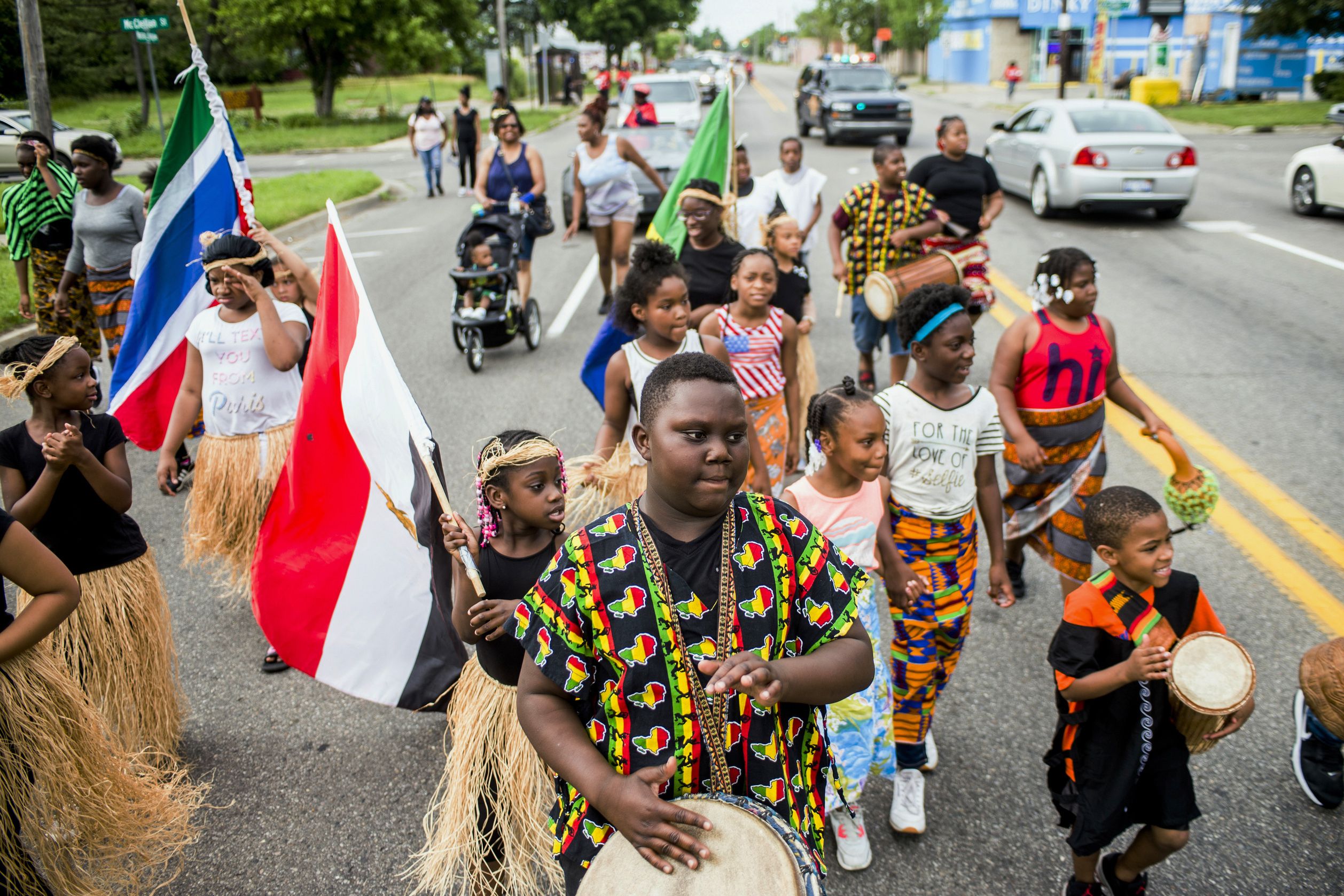 Juneteenth (coming up Wednesday) — the annual commemoration of the ending of slavery in the U.S — is spreading across the U.S. (46 states + D.C.; 150+ cities this year) and abroad, AP's Jesse Holland reports.

The backstory: On June 19, 1865, Union soldiers told enslaved African Americans in Galveston, Texas, that the Civil War had ended and they were free.

Juneteenth celebrations used to revolve around the church with speeches and picnics. It changed around the 1960s with the civil rights movement.