With less than a week until Election Day, top operators in both parties tell me the events of the past week have helped lock in the split decision they have long seen coming:

Democrats who had grown skittish about taking the House say they're resting easier.

Some top Republicans tell me they worry that their candidates will pay a price following the anti-Semitic murders in Pittsburgh and the arrest of a rabid Trump supporter for the mail bombs.

The one thing worrying Democrats ... A longtime Democratic operative said this is what to watch for on Tuesday:

Be smart ... One reason the cake may already be baked: As many as 40% of votes have been cast in early voting.

2. Pittsburgh, and the nation, mourn 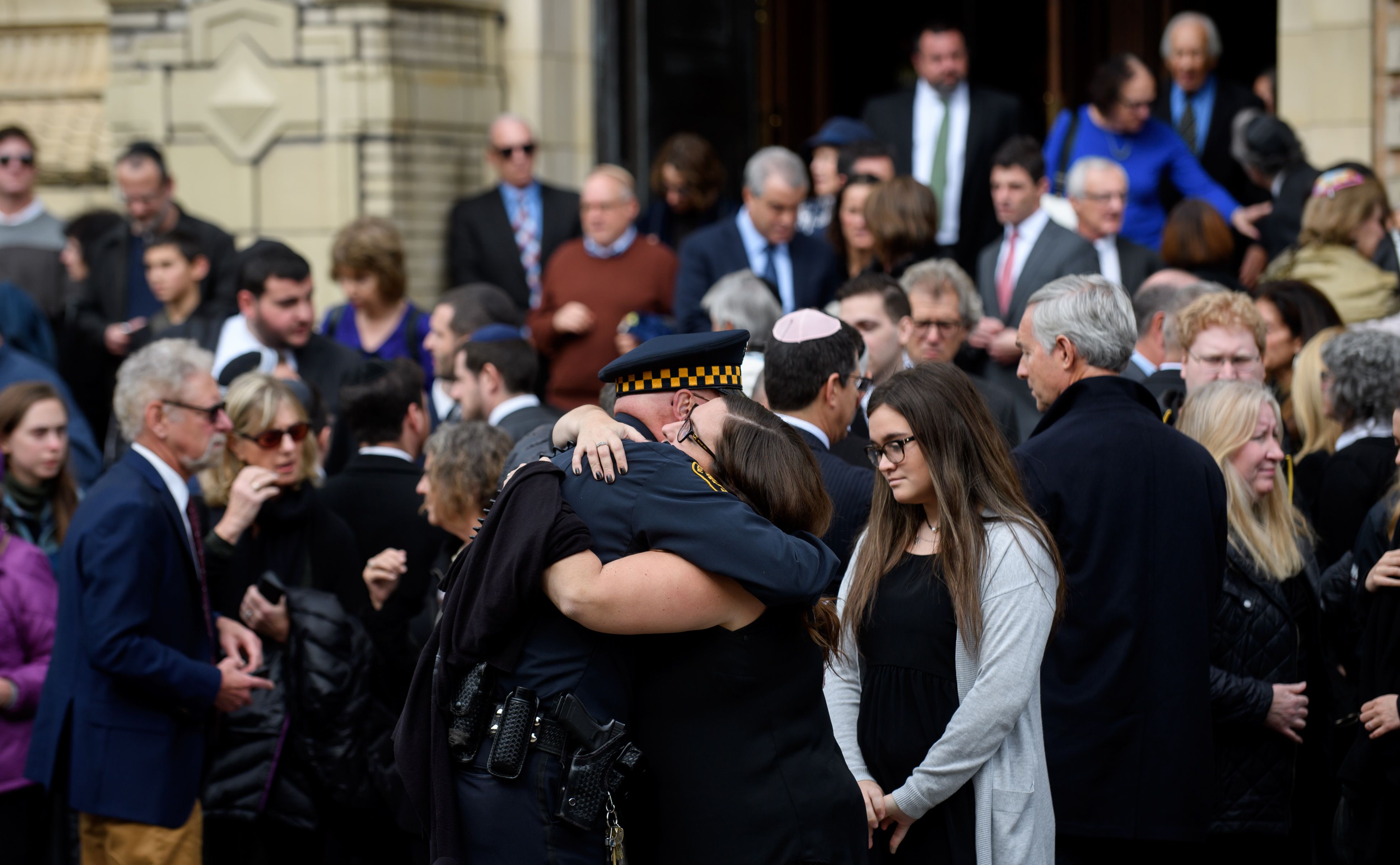 "Mourners found long lines at the Jewish Community Center in Squirrel Hill and at Congregation Rodef Shalom in Shadyside where services are being held for Jerry Rabinowitz, 66, of Edgewood, and brothers Cecil, 59, and David Rosenthal, 54, of Squirrel Hill, respectively," the Pittsburgh Post-Gazette reports.

More than 1,000 showed up at the Pittsburgh Jewish Community Center to honor Dr. Rabinowitz, known for his early compassion for HIV patients, shunned by many at the time, per the Post-Gazette:

P.S. ... The Anti-Defamation League (ADL) joined the big moves against Rep. Steve King (R-Iowa), and sent a letter last evening to Speaker Ryan asking that King be disciplined by the House. 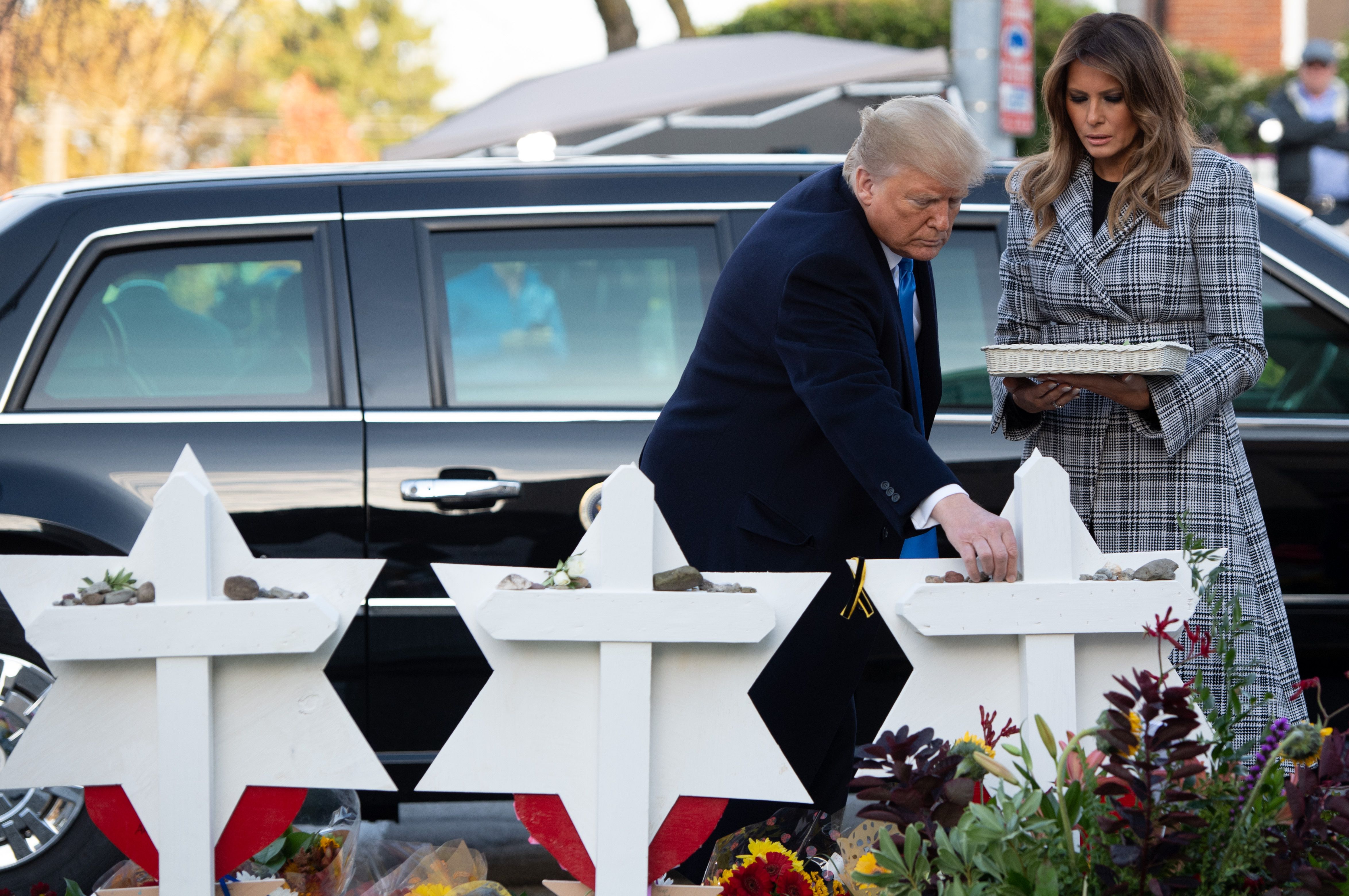 President Trump and First Lady Melania Trump place stones and flowers on a memorial as they pay respects at the Tree of Life Synagogue. (Saul Loeb/AFP/Getty Images)

3. A human lens on the immigration debate

Google CEO Sundar Pichai told employees in an email obtained by Axios that the company's contrition for handling of past sexual harassment didn't go far enough, and promised to take a "much harder line." 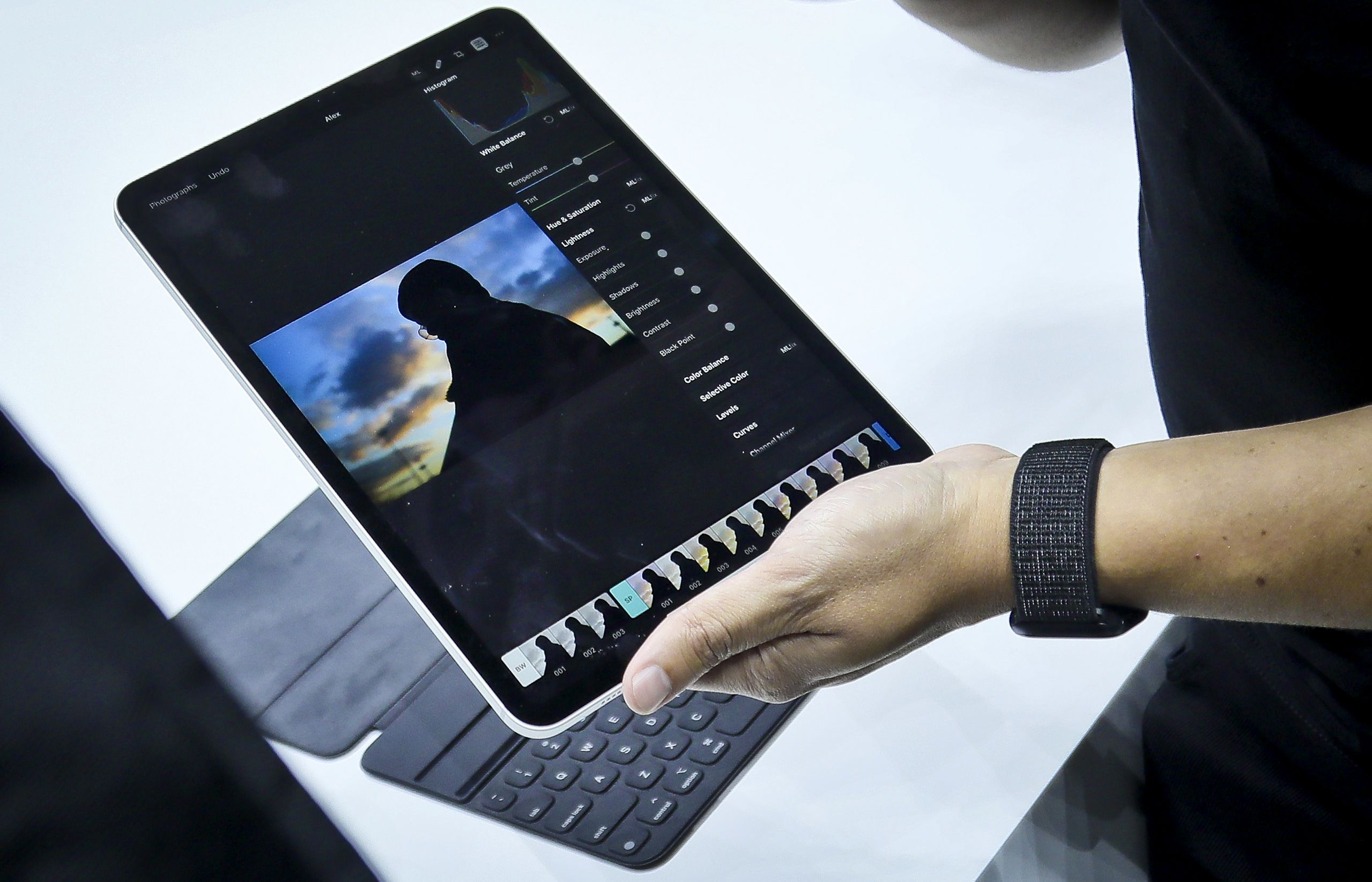 "Apple showed off a slate of new computers with better screens, faster processors and higher price tags, ... including an iPad Pro that the company is trying to position as a primary work computer," writes the New York Times' Jack Nicas.

Facebook "recorded lower third-quarter revenue than expected and warned that it is in the early stages of a transformation in its core businesses that will lead to slower growth and higher costs in the short term," writes The Wall Street Journal's Deepa Seetharaman (subscription):

President Trump will appear at the White House today with seven CEOs, and representatives of 20+ other companies and organizations, who are signing his Pledge to America’s Workers.

Trump and the private-sector leaders, plus several state and local officials, will hold a discussion on the nation’s economy and the administration’s workforce development efforts, says Lindsay Walters, deputy White House press secretary: 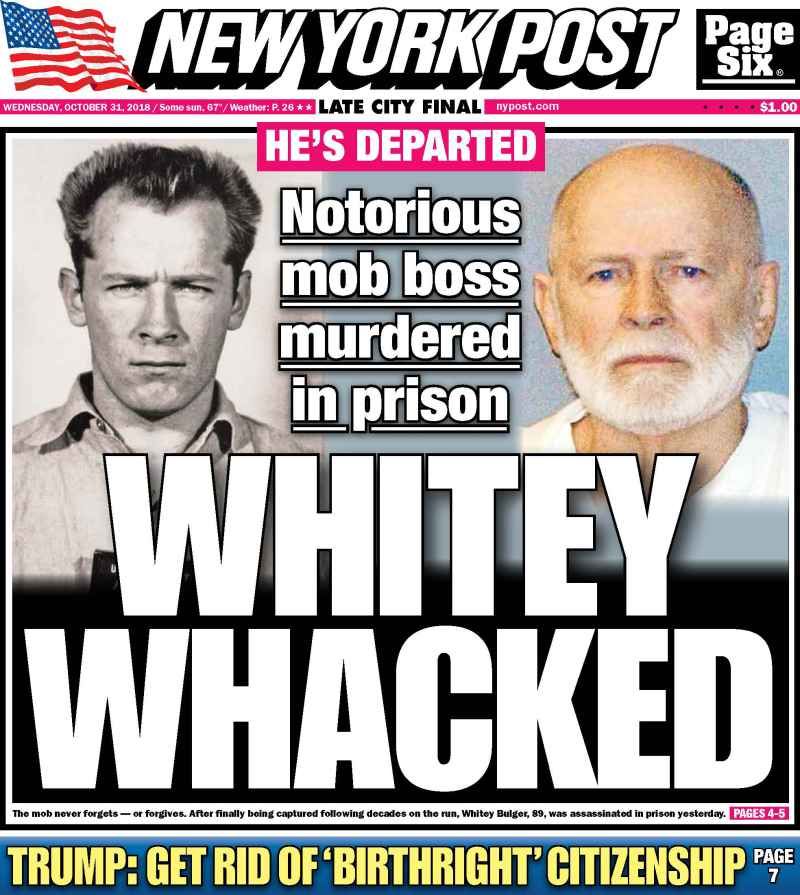 "Within hours of his arrival at a federal prison in West Virginia, gangster James 'Whitey' Bulger was beaten to death by inmates ... in an attack that marks the final, brutal chapter in the life of one of Boston’s most notorious villains," report Shelley Murphy and Kevin Cullen of the Boston Globe:

Be smart: "The ratings drop likely had more to do with the length of the series than the matchup. World Series games tend to draw in more viewers as the series goes longer, and the broadcasting network usually hits the jackpot if it goes a full seven games — like last year's series."