The new Axios "1 Big Thing" segment will be back Monday at 5:55 a.m. on MSNBC's "First Look," in the lead-in to "Morning Joe." Here's a quick-turn clip from today's edition.

We can’t overstate how dramatic a change it is for Trump to replace H.R. McMaster with Bolton:

A source who has spoken to Bolton said he told Trump he was only interested in two jobs: Secretary of State or national security adviser.

Between the lines: Bolton’s ideological foes fear him not only because of his hawkish ideas, but because he knows how to accomplish them.

The reason John Kelly and White House communications officials insisted late last week that McMaster wasn't going anywhere for now — despite a WaPo story saying he was done — was because the president told them to say that. And they genuinely thought he’d take some time to ease McMaster out.

And earlier in the day ... N.Y. Times: "John Dowd resigned ... as President Trump’s lead lawyer ... as Mr. Trump signaled that he ... wanted a sit-down with investigators."

Statement from Bolton: “It is an honor to be asked by President Trump to serve as his National Security Advisor. I humbly accept his offer. The United States currently faces a wide array of issues and I look forward to working with President Trump and his leadership team in addressing these complex challenges in an effort to make our country safer at home and stronger abroad.” 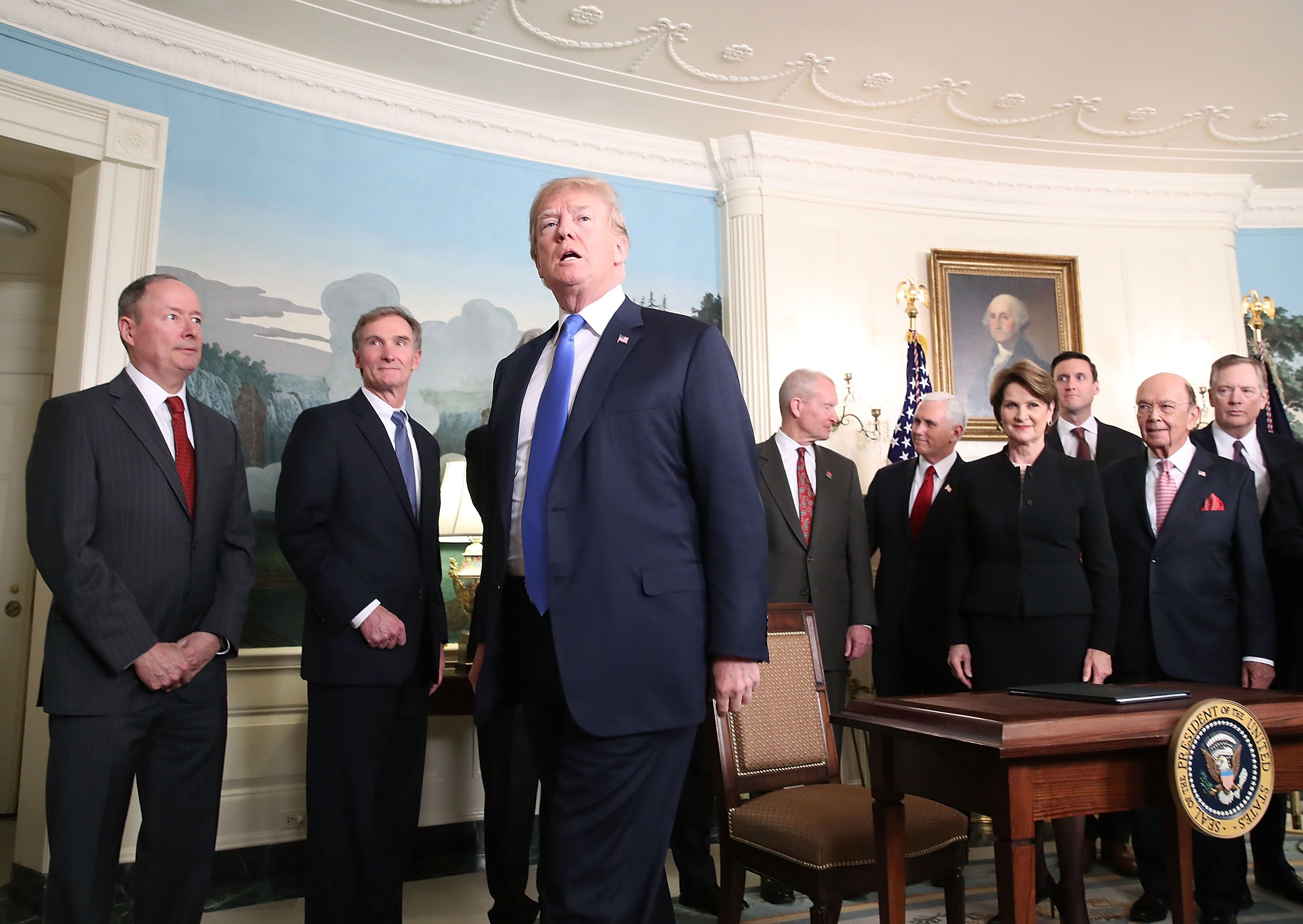 President Trump walks out of the Roosevelt Room after signing a presidential memorandum on China tariffs. (Photo by Mark Wilson/Getty Images)

China threatens specific retaliation in a market-rattling war over tariffs — a true war of choice, and a war that has helped tank the stock market:

China urges the U.S. to “pull back from the brink,” per Reuters:

N.Y. Times Quote of the Day ... Shi Yinhong, a professor of international relations at Renmin University in Beijing, warning that Chinese leaders have been slow to realize the gravity of a brewing trade battle with Washington:

As China’s influence spreads to every corner of the globe under President Xi Jinping, so do its spies, Axios' Erica Pandey writes:

6. How the Parkland teens spearheaded a worldwide movement 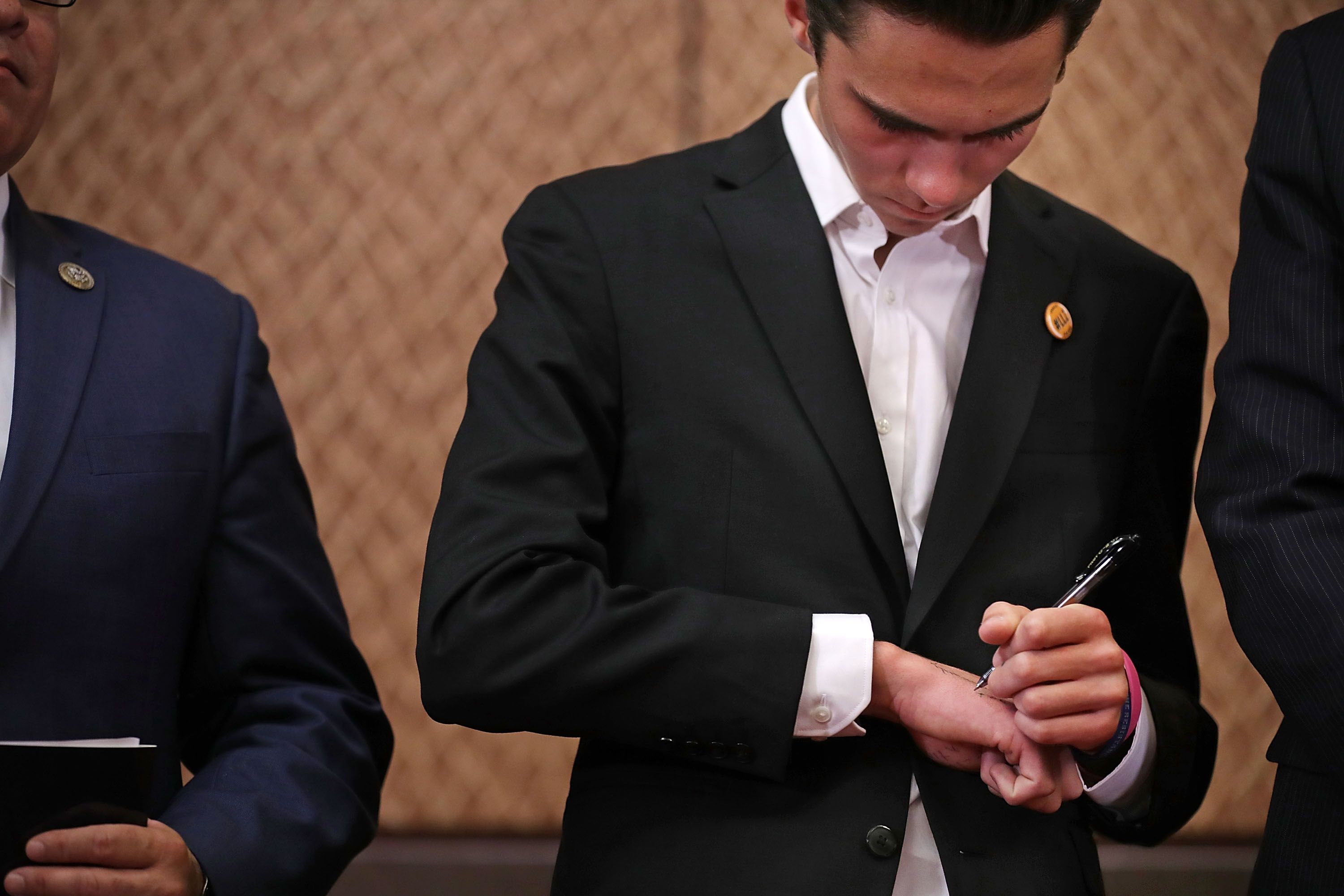 David Hogg jots notes on his hand during a news conference with members of Congress in the U.S. Capitol Visitors yesterday, organized by the Brady Campaign to Prevent Gun Violence and Prosecutors Against Gun Violence. (Chip Somodevilla / Getty Images)

"They can't buy a beer or rent a car and most aren't even old enough to vote, yet the students from Marjory Stoneman Douglas High School have spearheaded what could become one of the largest marches in history with nearly 1 million people expected in Washington and more than 800 sister marches from California to Japan," AP's Kelli Kennedy writes from Parkland, Fla.:

"Seasoned activists have marveled at what the students accomplished so far, including a sweeping gun bill in Florida and school walkouts attended by [what organizers say is] over a million students last week."

"The Women's March, Everytown for Gun Safety and the gun violence prevention group founded by former Congresswoman Gabrielle Giffords provided heavy support for the march, opening the youths up to criticism that they are just pawns of left-wing organizations that have been fighting guns for years." 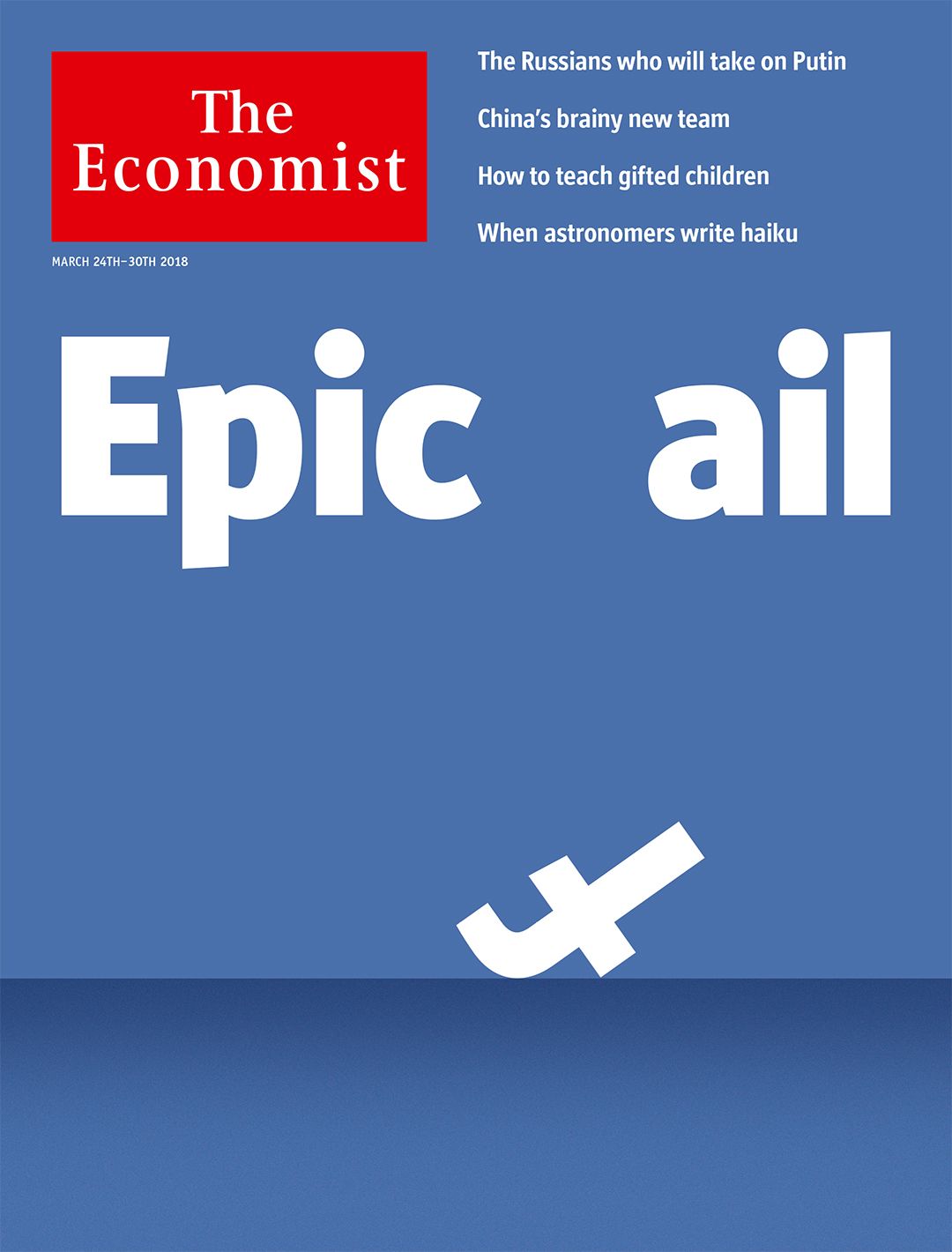 "What Zuckerberg should do ... Facebook faces a reputational meltdown: This is how it, and the wider industry, should respond" — The Economist's lead editorial:

8. A "moral reckoning" for Silicon Valley

New Yorker Editor David Remnick in "Account Settings," the lead "Talk of the Town" item in next week's issue:

9. TV interviews put Trump on spot about past 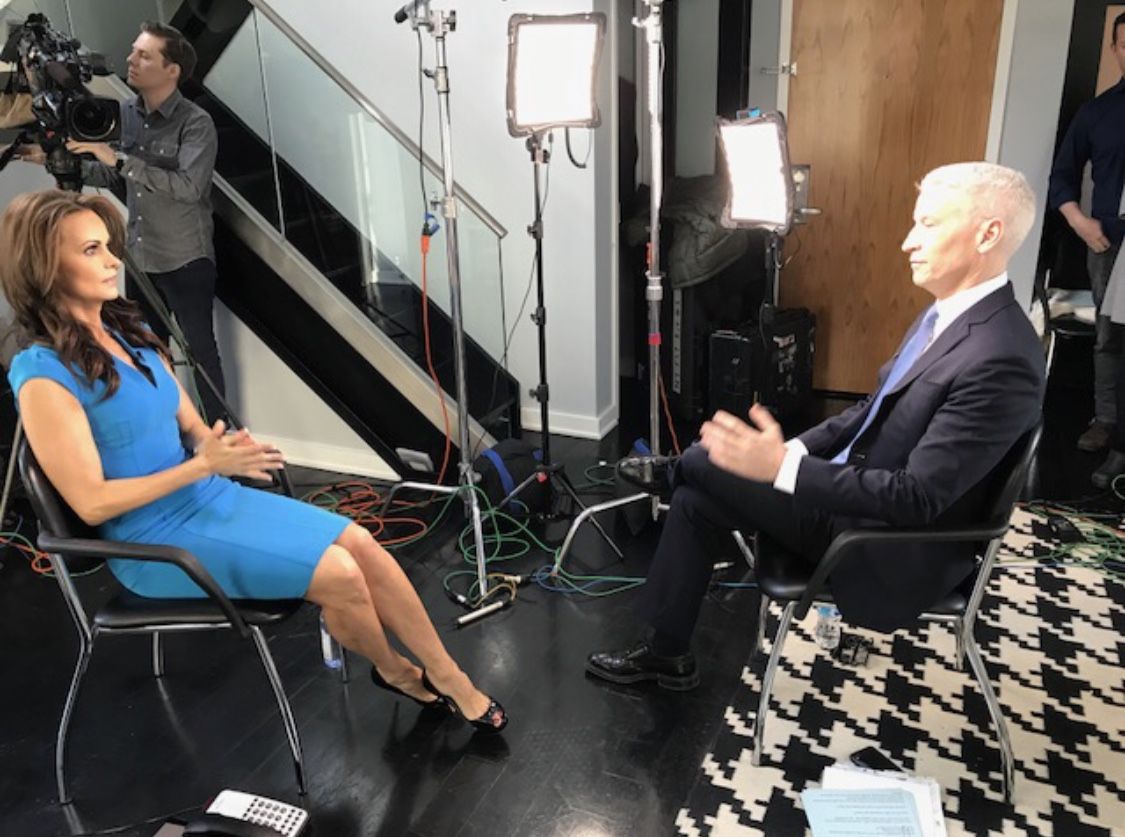 Ahead of Sunday's "60 Minutes" interview with Stormy Daniels, former Playboy model Karen McDougal — who is suing to invalidate a 2016 legal agreement to stay silent — sat down with CNN's Anderson Cooper to talk about what she says was a 10-month affair with President Trump:

"Share? Thanks, but I’ll Have What No One Else Is Having," by N.Y. Times' Alex Williams:

👏 Thanks for reading! See you all weekend on Axios.com.