Breaking news all day on Axios.com ...

President Trump isn't afraid to punch on foreign turf, even after getting the red carpet.

As the White House prepares for the summit with North Korea in Singapore on June 12 ("a once unimaginable encounter," the N.Y. Times calls it), Axios' Jonathan Swan has rich new reporting about how President Trump handles foreign leaders when the doors are closed:

Trump likes to walk into a meeting with a head of state and throw out the protocol, which he believes throws rivals off balance.

Trump will get awkwardly tough with leaders after showering them with praise in public only hours earlier:

President Trump sees his improvisational and impulsive style as the indispensable key to his leadership. Those around him often see it as infuriating — and reason to quit.

The list of top Trump officials who have threatened to quit after Trump pulled a Trump is astonishing:

Reality check: In Normal Times, over the course of an entire presidency, it's unusual for even one or two top-level people to let it be known publicly they want to resign out of frustration.

The N.Y. Times surely caused a few readers to choke on their quinoa flakes with the headline, "President Trump a Nobel Laureate? It’s a Possibility":

The idea is "being met by smirks and eye rolls in Europe," AP's Jill Colvin reports:

Be smart: Let's have the summit, first.

4. Reality check: Anti-Trump midterm wave could be a ripple

Fun fact: If the Democrats gain seats in the House while the GOP gains in the Senate, it would be the first midterm in 36 years in which the two chambers moved in different directions.

5. Novartis payments to Cohen were excessive even by D.C. standards

STAT reports that there "weren’t any contracts under which an individual company paid a single lobbying firm [as much as] $1.2 million in 2017," the amount the Swiss drug maker paid Michael Cohen. 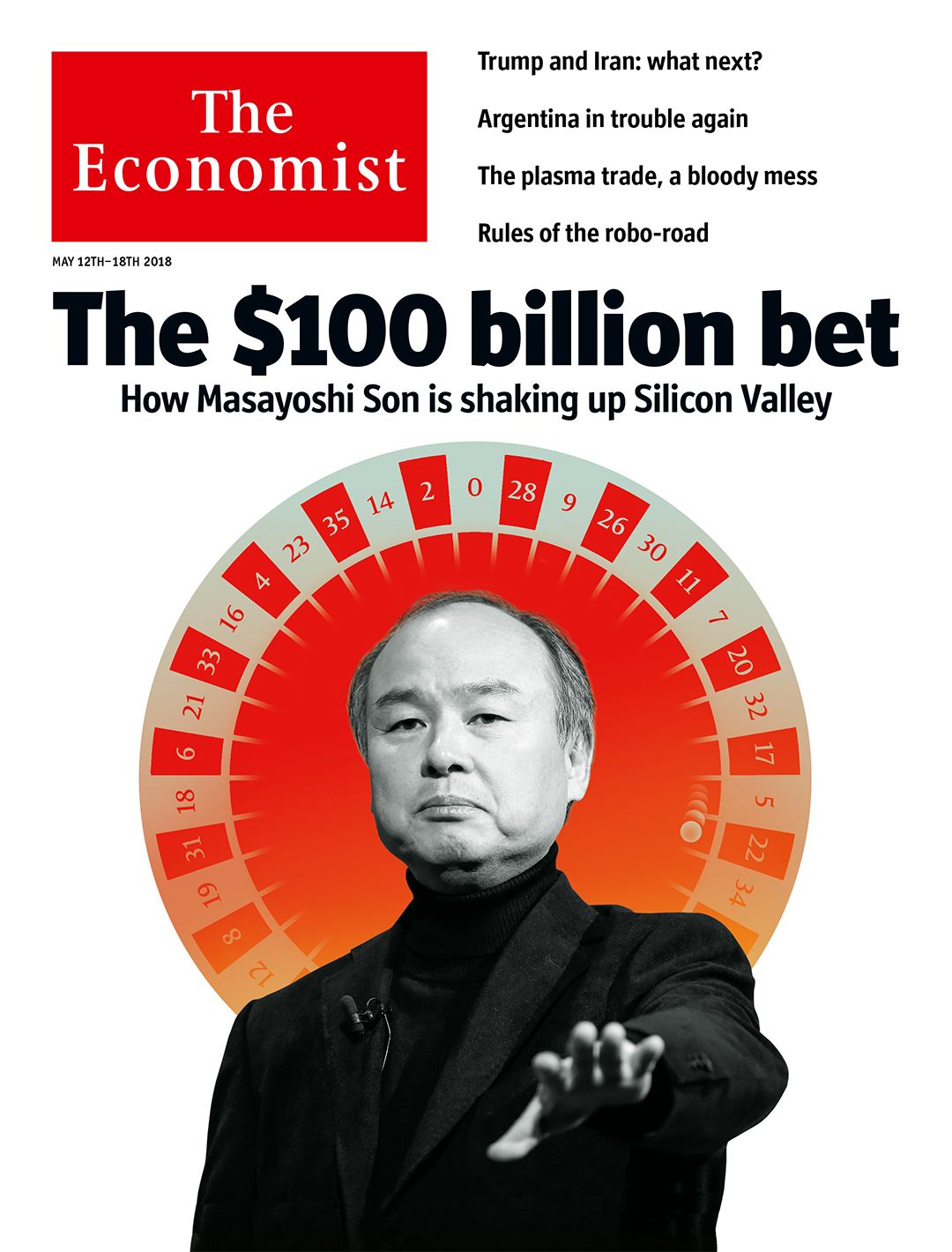 The Economist cover features Masayoshi Son, founder of SoftBank and the man behind the Vision Fund, which over five years plans to invest in 70-100 tech unicorns (privately held startups valued at $1bn or more):

8. This is fascinating: How China thinks

A recently released 272-page book of Xi's remarks on “national security” includes previously unreleased comments that give a stark view of the president’s motivations, the N.Y. Times' Chris Buckley and Paul Mozur report from Beijing:

In 2013, Xi "pointedly said that Western domination came thanks to technology":

Also in 2013, he made clear he was alarmed by U.S. surveillance capabilities exposed by Edward Snowden:

In 2014, Xi warned Chinese military officials that they risked being eclipsed technologically by the U.S.:

China has stayed out of regional conflicts in the Middle East for decades. But with its massive international infrastructure plan, Beijing is finally ramping up involvement — and it's determined to win influence, Axios' Erica Pandey writes:

Thanks for reading. Happy almost-weekend.