Why it matters: This shows that topics that got outsized media attention weren't the ones that animated people most.

Be smart: Sanders' support has been flat — an indication that while he has an animated and active base going back to 2016, his support may be saturated.

2. 🇺🇸 A nation thirsty for leaders

Out this morning ... U.S. pride has hit its lowest point since Gallup first asked the question in 2001: 70% of U.S. adults say they're proud to be Americans; fewer than half (45%) are "extremely" proud.

"Huawei is the top threat to American dominance in wireless technology. And the U.S. is woefully, even disgracefully, behind," Andrew Ross Sorkin writes in one of his most important "DealBook" columns for the N.Y. Times: 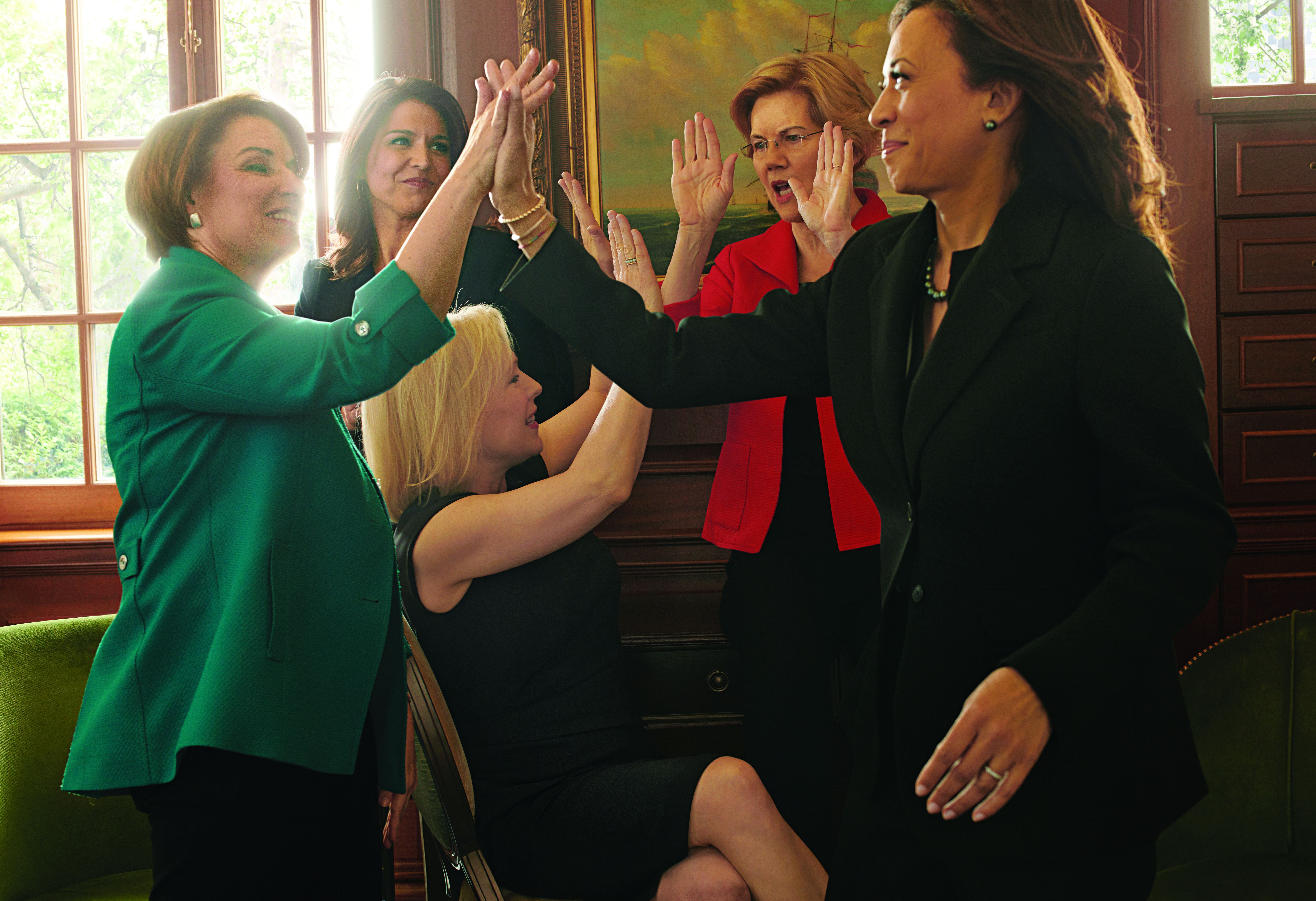 The six women running for the Democratic nomination ... range in age from 70 (Elizabeth Warren) to 38 (Representative Tulsi Gabbard).

They are lawyers and senators, professors and soldiers and even an author and spiritual adviser to Oprah Winfrey (Marianne Williamson). They disagree on campaign tactics and policies. I spoke to Senator Amy Klobuchar just after she came out against Warren’s plan to cancel most student debt and make tuition at public colleges free. ...

But they also form an unlikely sisterhood in the inspiring, baffling, often infuriating contest to defeat President Trump. ... Kirsten Gillibrand likes to point out that a woman DID technically beat Trump. ...

[Kamala] Harris is perhaps the most wary about being pigeonholed by gender. "If someone says, 'Talk to us about women’s issues,' I look at them and smile and say, 'I am SO glad you want to talk about the economy.'" 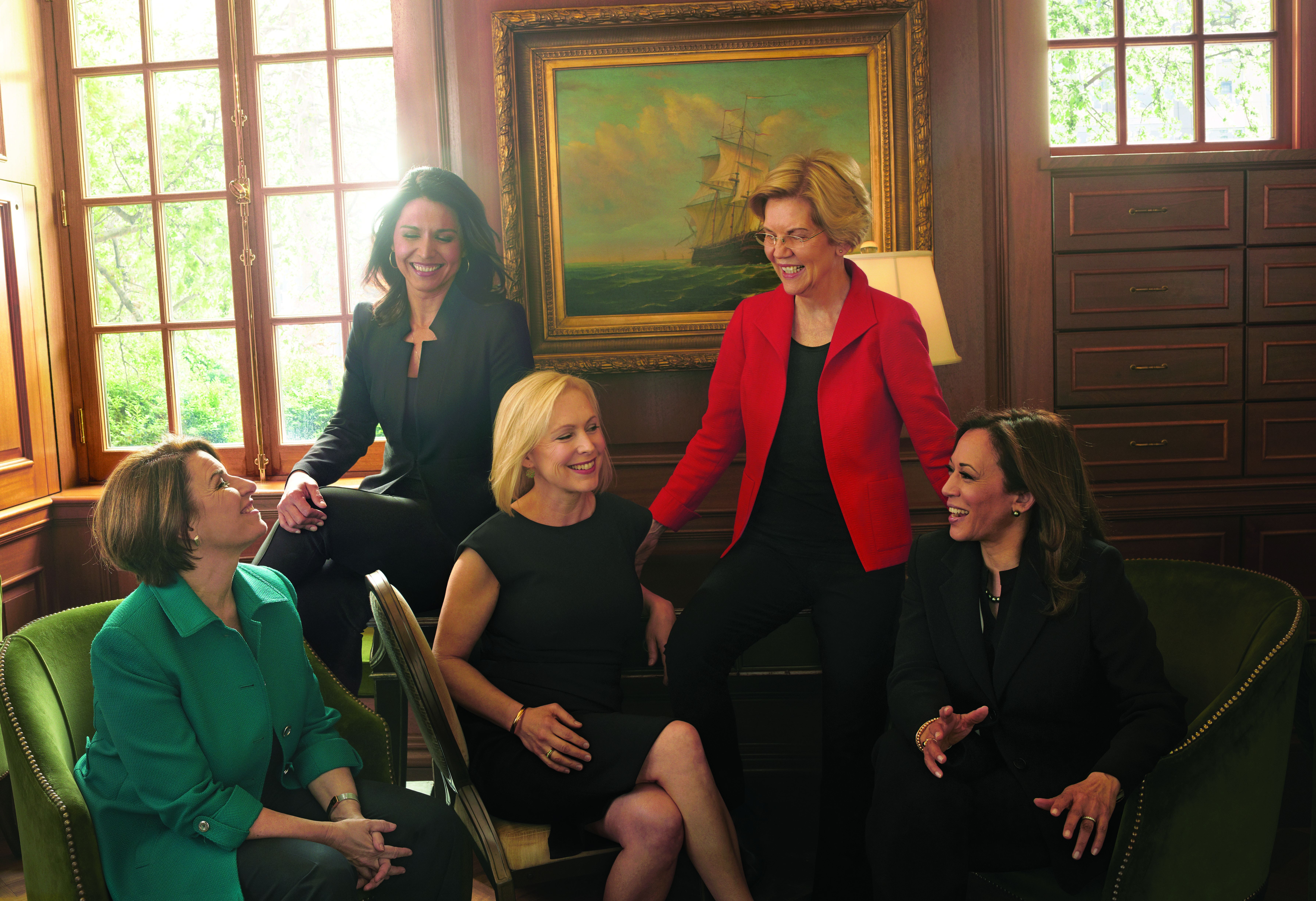 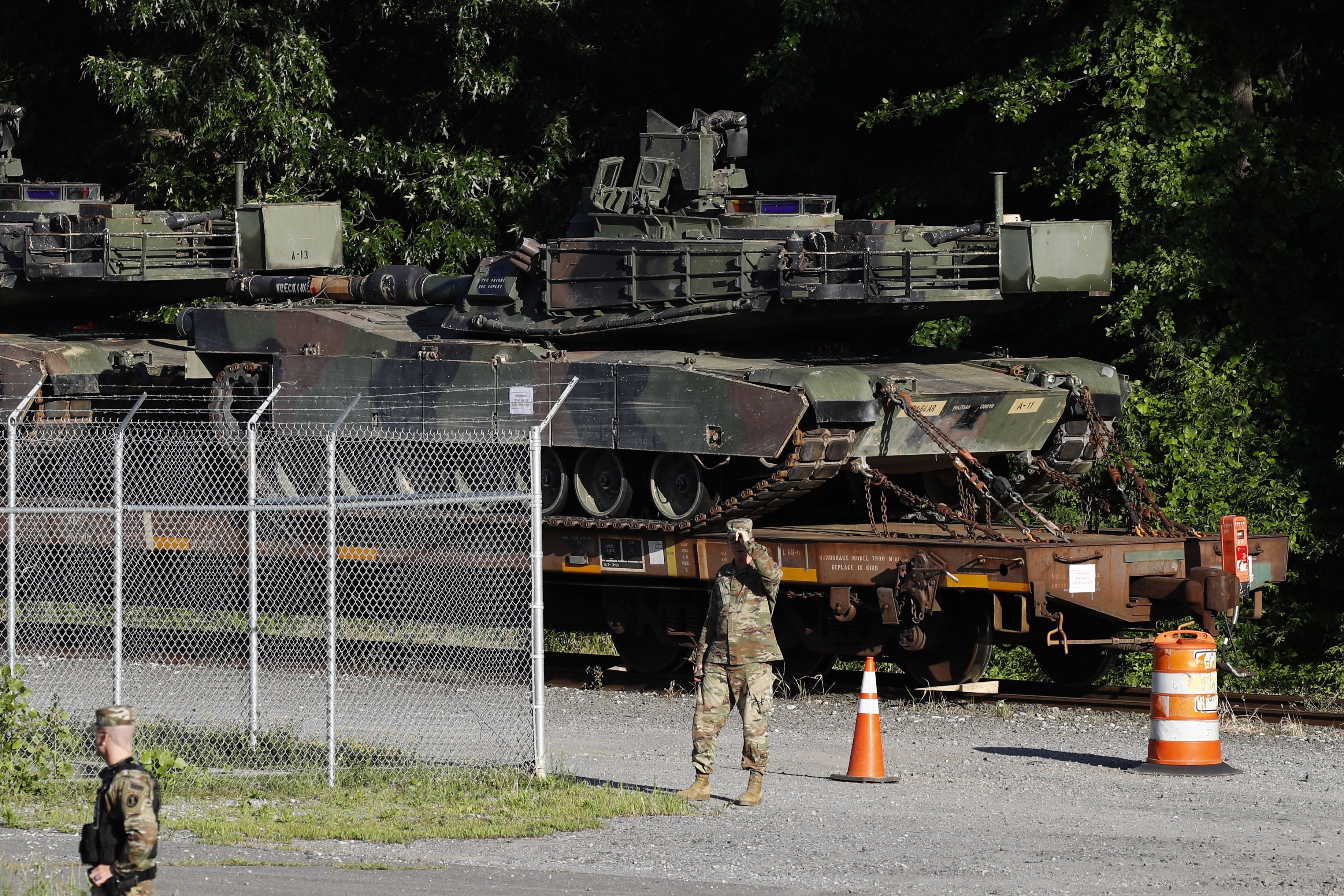 Military police guard M1A1 Abrams tanks (above) and Bradley fighting vehicles on flat cars in a D.C. rail yard, ahead of a Fourth of July celebration that President Trump says will include military hardware, AP's Darlene Superville reports.

Why it matters, from N.Y. Times: "The tanks will join an airborne display of the nation’s firepower, including a flight of Air Force One over Washington," as Trump rebrands D.C.'s traditional Fourth celebration as "A Salute to America." 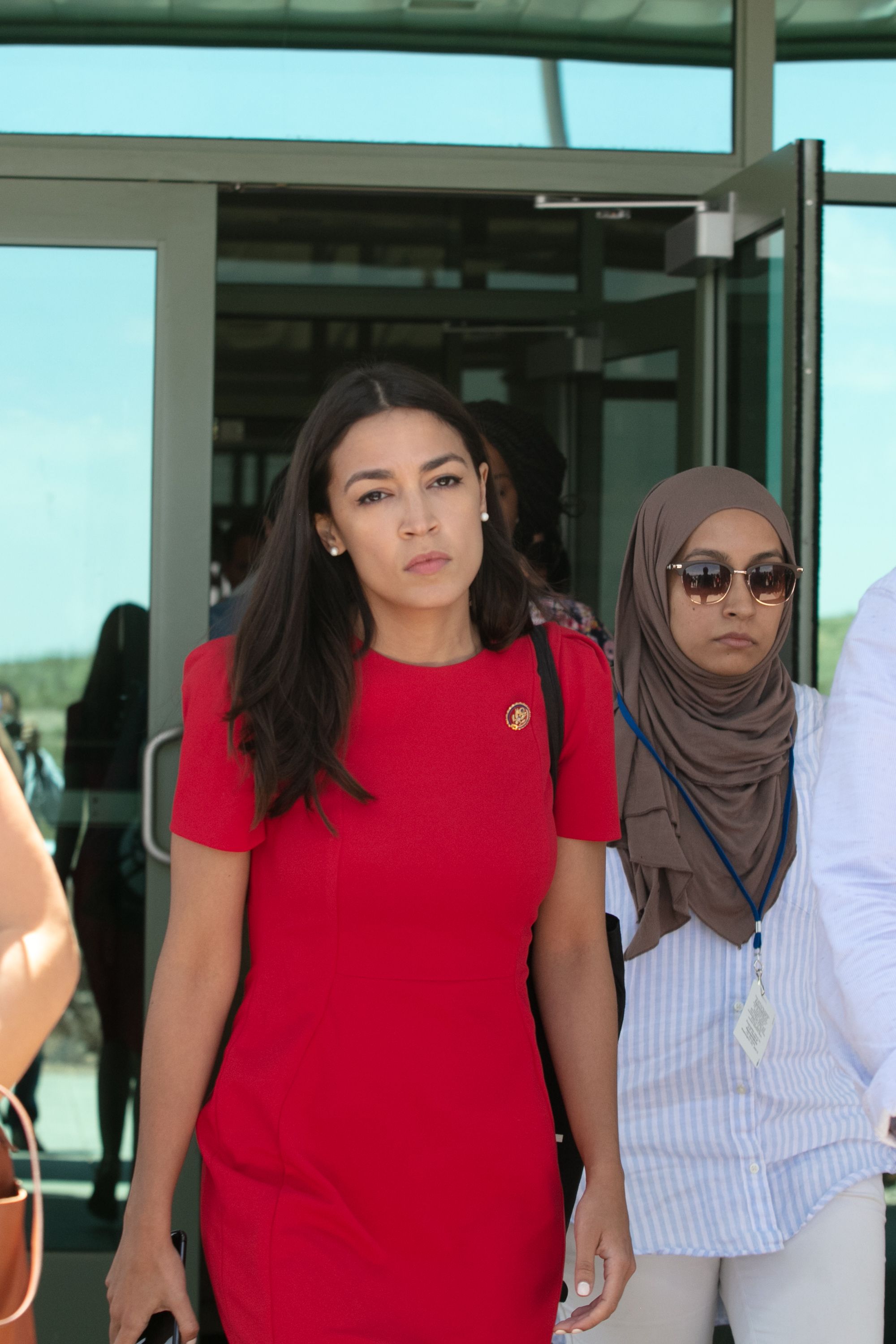 Rep. Alexandria Ocasio-Cortez spoke at the Border Patrol station in Clint, Texas, as the Congressional Hispanic Caucus led 21 lawmakers on a tour of three border detention facilities yesterday, per the El Paso Times. 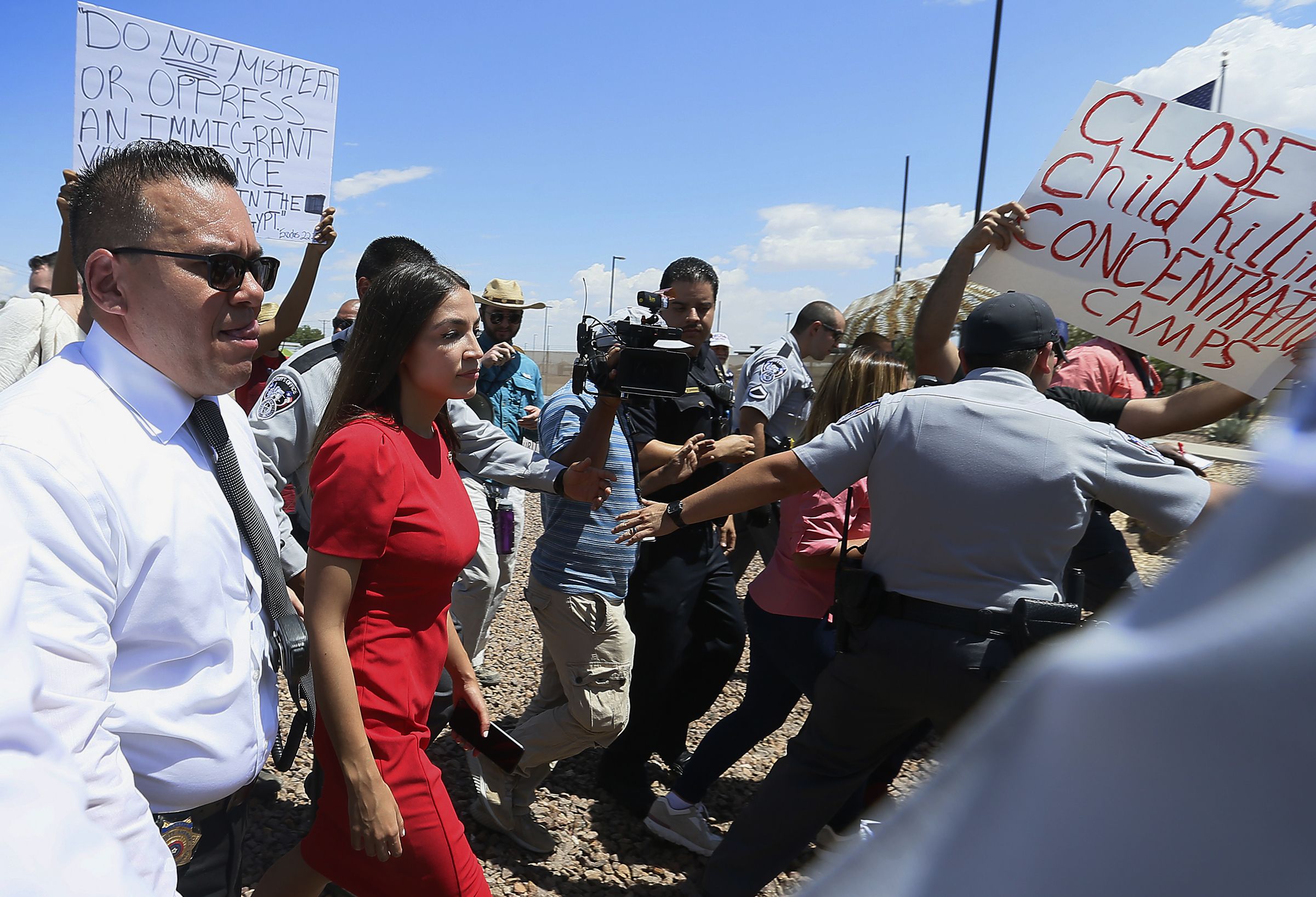 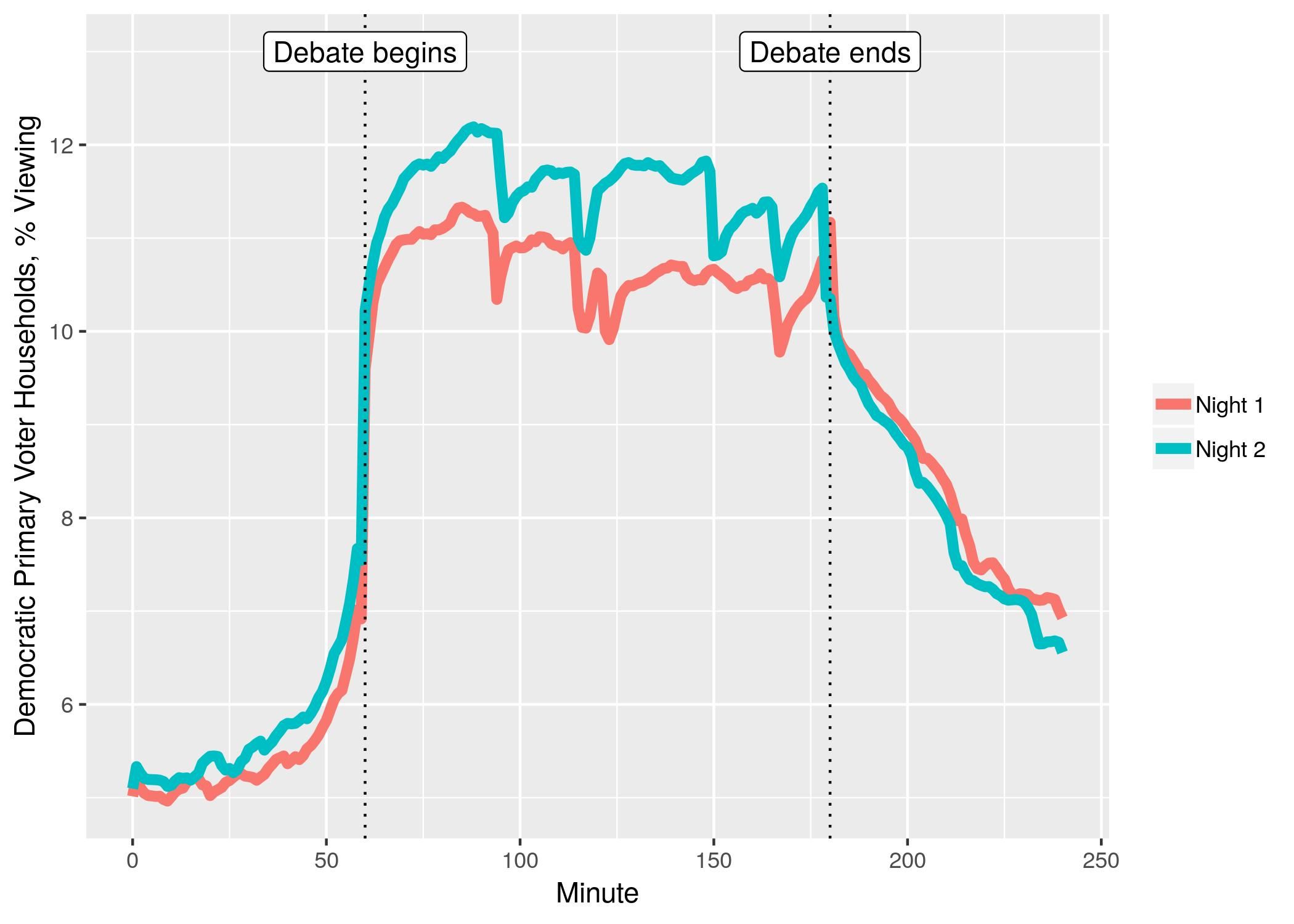 The audience reached its peak in the first 20 minutes and last 10 minutes of the debates. Tune-in stayed strong as long as 30 minutes afterward.

"After several years of surging urban growth, [suburbs now] account for 14 of the 15 fastest-growing U.S. cities with populations over 50,000, according to the census," writes The Wall Street Journal's Valerie Bauerlein (subscription): Big league batters set a home-run record for the second month in a row, and are on pace to shatter the season mark, AP reports:

Why it matters: Five of the top six home run months have been in the last three years.