President Trump has generally been outnumbered at summits like this weekend's Group of 7 — the disrupter-in-chief in a room of more sober-minded leaders.

French President Emmanuel Macron is hosting the summit this weekend in the seaside town of Biarritz, but all eyes will be on Trump and Boris Johnson, the U.K.’s new prime minister.

Other G7 leaders have their own problems:

President Trump tanked markets yesterday (Dow down 623 points, or 2.4%) with tweets that included: "Our great American companies are hereby ordered to immediately start looking for an alternative to China." And:

Why it matters, from WashPost: "Trump’s stunning directive for U.S. companies to sever ties to China represents a new threat for U.S. multinational corporations which have spent years cultivating the growing Chinese consumer market."

Trump, now in France for the G7 summit, doubles down:

Reality check, from N.Y. Times' Peter Baker: That law is "meant to enable a president to isolate criminal regimes," but is "not intended to be used to cut off economic ties with a major trading partner because of a disagreement over tariffs."

"Google issued new guidelines limiting employee discussion of politics and other topics not related to work, in a major shift for a company that has long prided itself on open debate," The Wall Street Journal reports (subscription).

Why it matters, per the WSJ: "The tech titan helped pioneer the Silicon Valley idea of the workplace as a college-like campus." 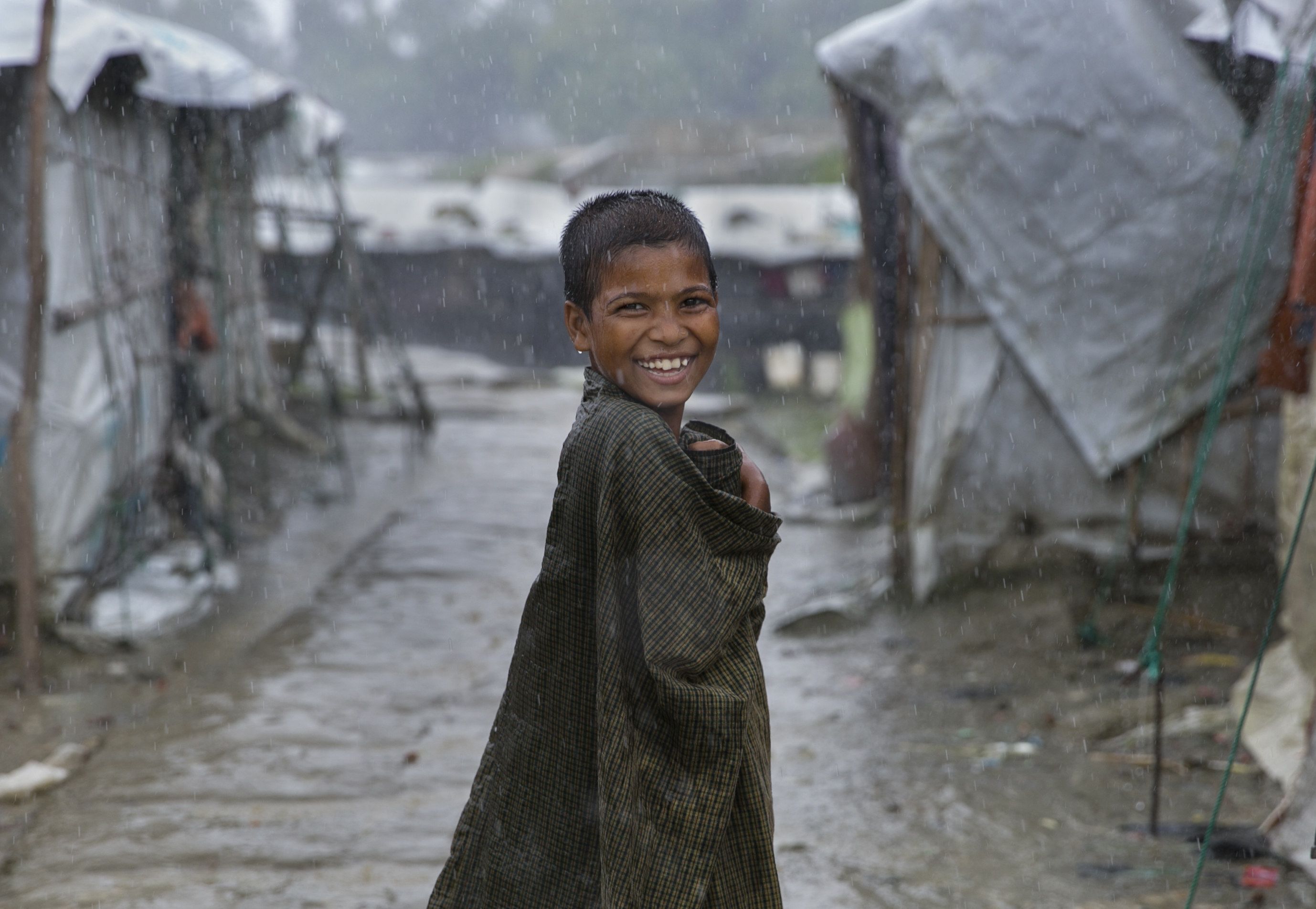 A young Rohingya is seen this week during a rainstorm at the Nayapara refugee camp in Cox's Bazar, Bangladesh. Andre Bradshaw (left) and Eric Jackson at an unmarked grave at the Tucker Family Cemetery in Hampton, Va. They're part of a larger family that traces its roots to the first enslaved Africans to arrive in what is now Virginia in 1619. Photo: Ben Finley/AP

The National Park Service tomorrow will mark the 400th anniversary of the landing of the first enslaved Africans in the English colonies — at Point Comfort in what is now Hampton, Va. — with a nationwide bell-ringing at 3 p.m. ET:

🎵 If you haven't dived into the N.Y. Times' 1619 Project, reframing "1619 as our true founding," start with critic-at-large Wesley Morris, "Why Is Everyone Always Stealing Black Music? Because it’s the sound of complete artistic freedom":

[W]hen we’re talking about black music, we’re talking about horns, drums, keyboards and guitars doing the unthinkable together. We’re also talking about what the borrowers and collaborators don’t want to or can’t lift — centuries of weight, of atrocity we’ve never sufficiently worked through, the blackness you know is beyond theft because it’s too real, too rich, too heavy to steal. ...

Four hundred years ago, more than 20 kidnapped Africans arrived in Virginia. They were put to work and put through hell.

Twenty became millions, and some of those people found — somehow — deliverance in the power of music. Lil Nas X has descended from those millions ... And [Billy Ray] Cyrus is down for the ride. Musically, they both know: This land is their land.

Worthy of your time (subscription). 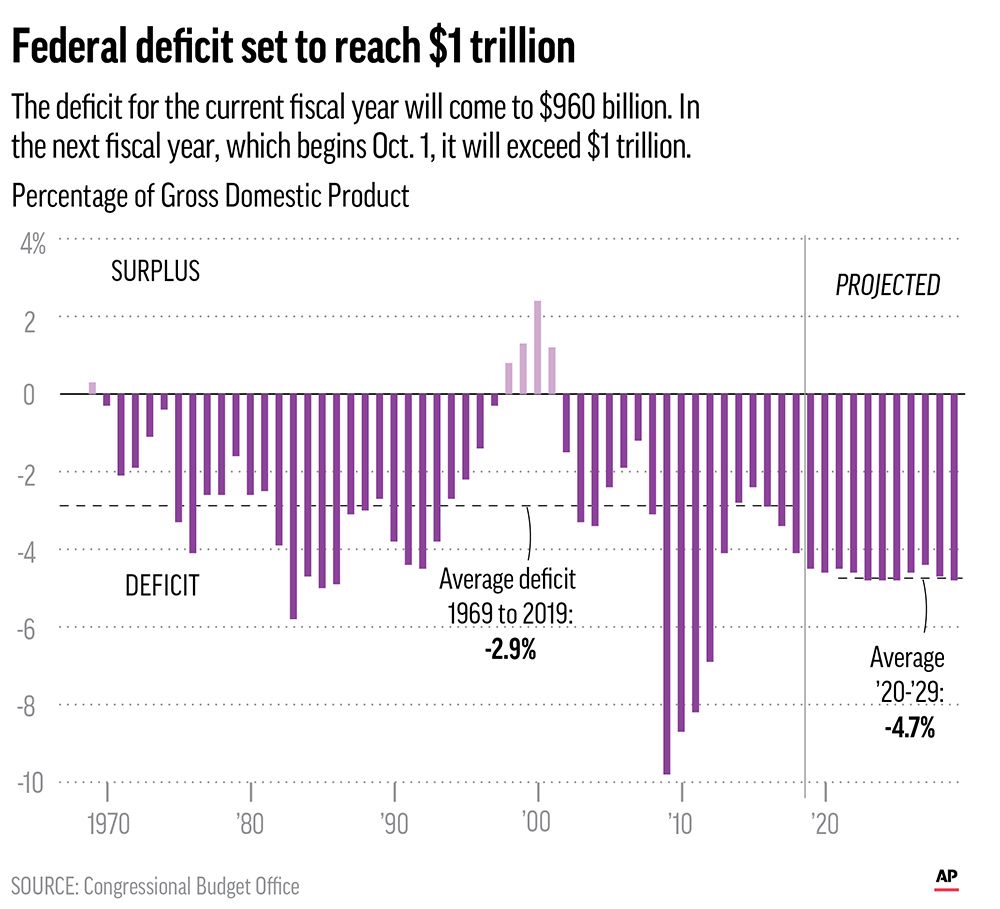 7. 75 years ago this weekend: The liberation of Paris

Seventy-five years ago, they helped free Europe from the Nazis. This weekend, U.S. veterans are back in Paris.

Above ... On Aug. 29, 1944, U.S. soldiers of Pennsylvania's 28th Infantry march along the Champs-Élysées, with the Arc de Triomphe in the background. 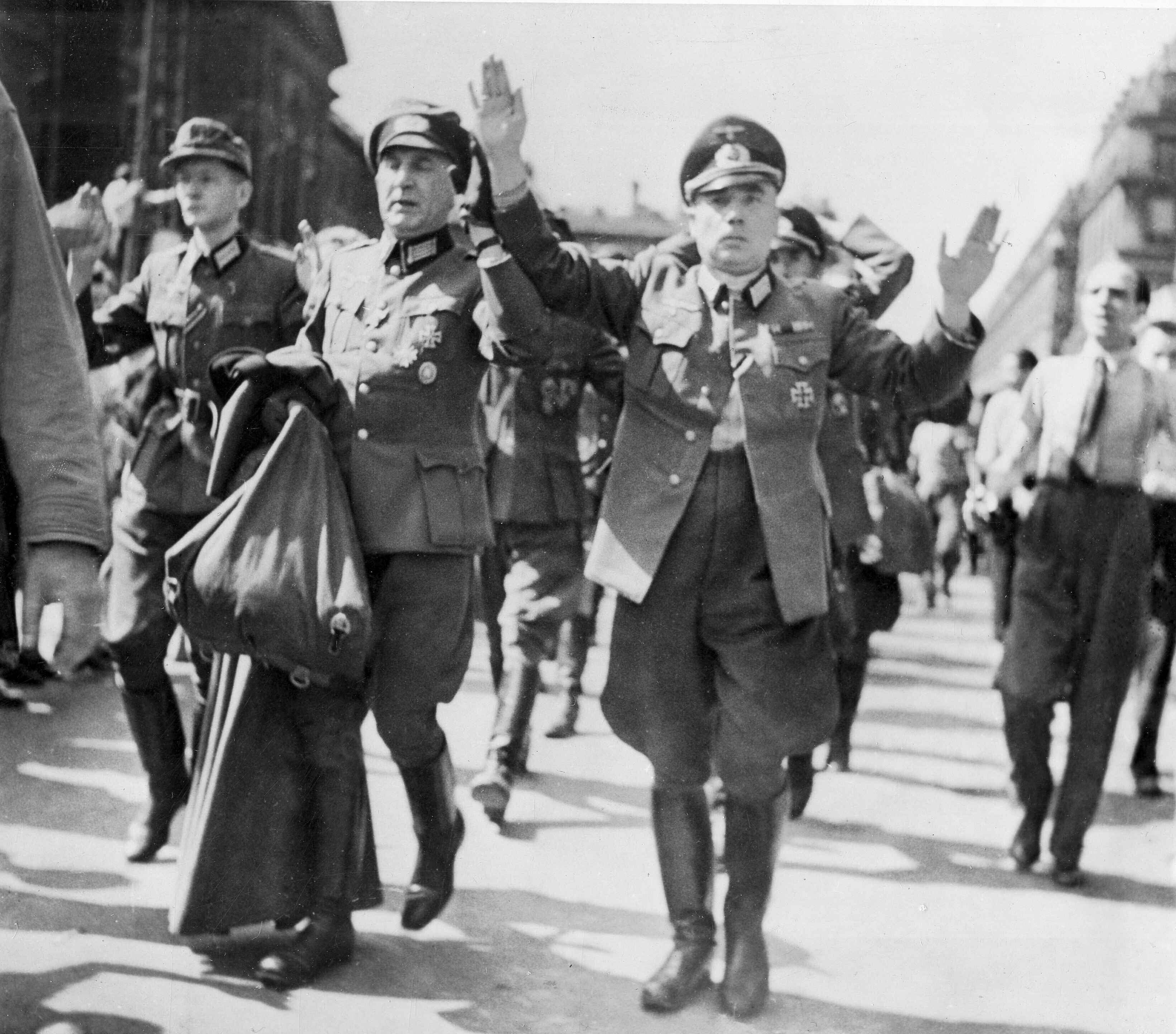 📚 Go deeper with a slim new book, out last month ... "The Liberation of Paris: How Eisenhower, de Gaulle, and von Choltitz Saved the City of Light," by historian Jean Edward Smith (Simon & Schuster):

8. As seen from space 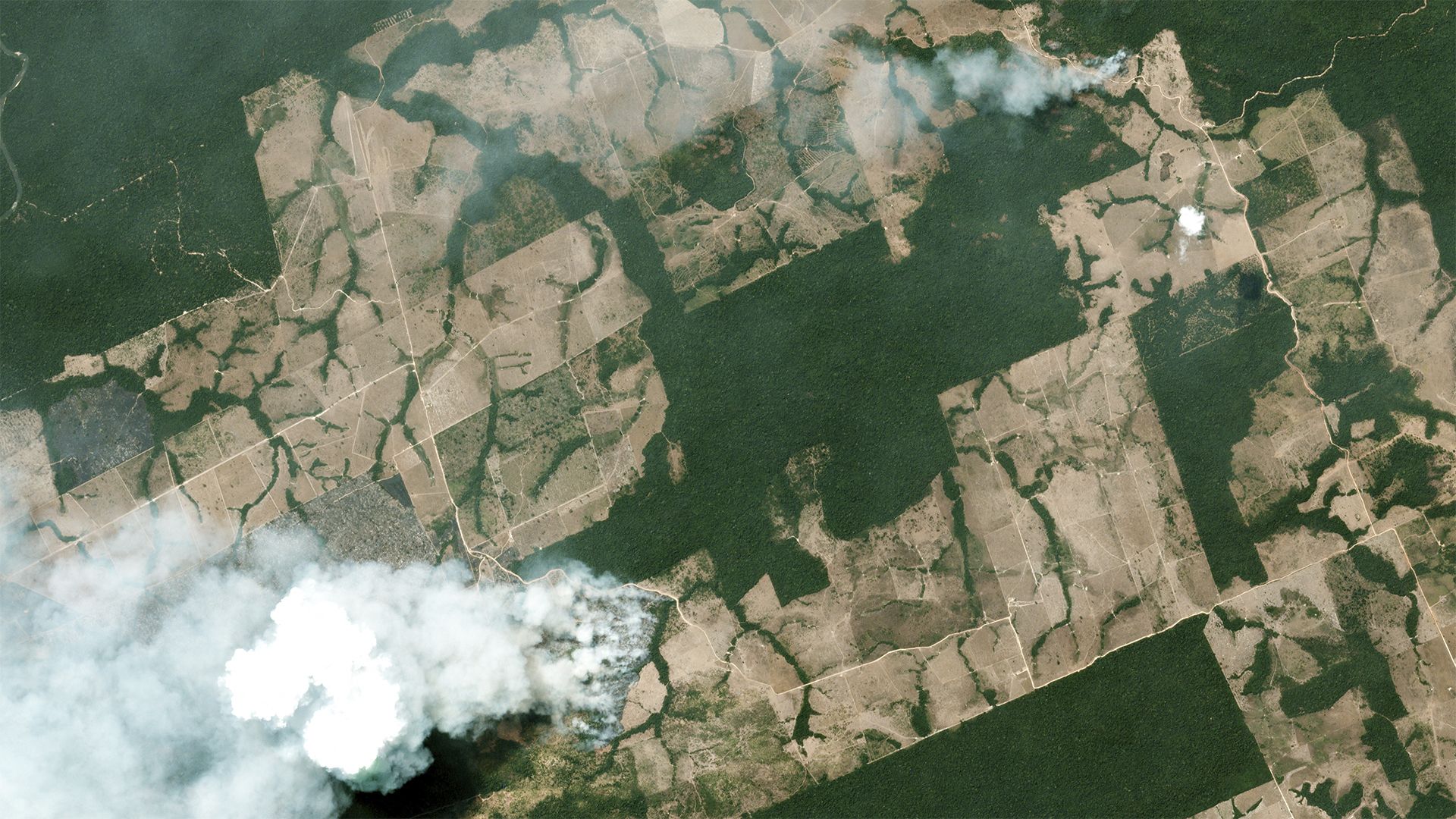 "Stung by a global outcry over deforestation and wildfires in the Amazon rainforest, Brazil has launched a diplomatic offensive to persuade the international community of its environmental credentials," Reuters reports. 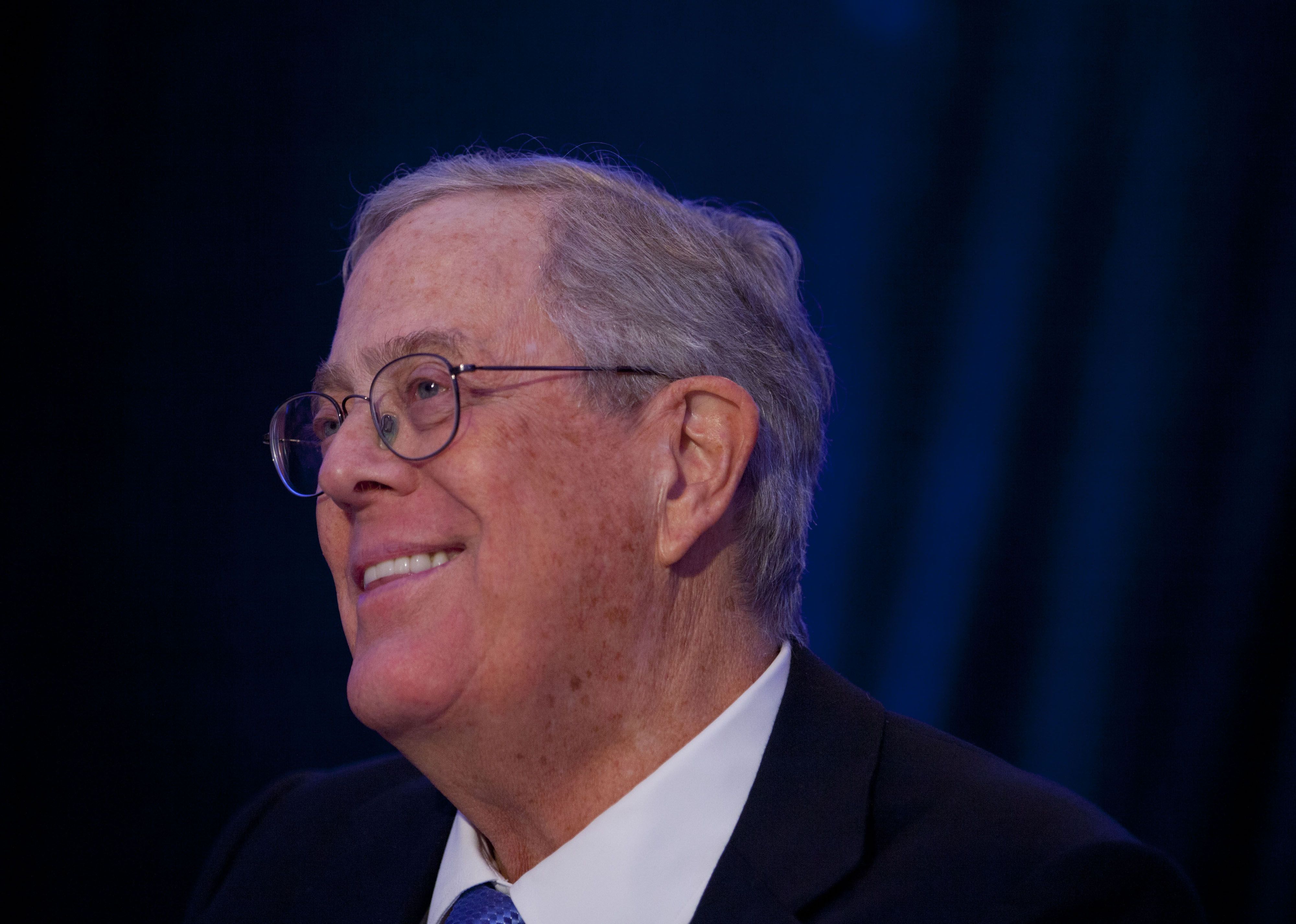 "David Koch, the industrialist and libertarian who used his fortune to transform American politics while also donating more than $1 billion to philanthropic causes," died at 79, per Bloomberg.

David and his brother Charles, 83, pumped millions into conservative causes and candidates, with an operation "rivaled only by the Republican Party in its influence on the conservative agenda in the U.S," Bloomberg writes. 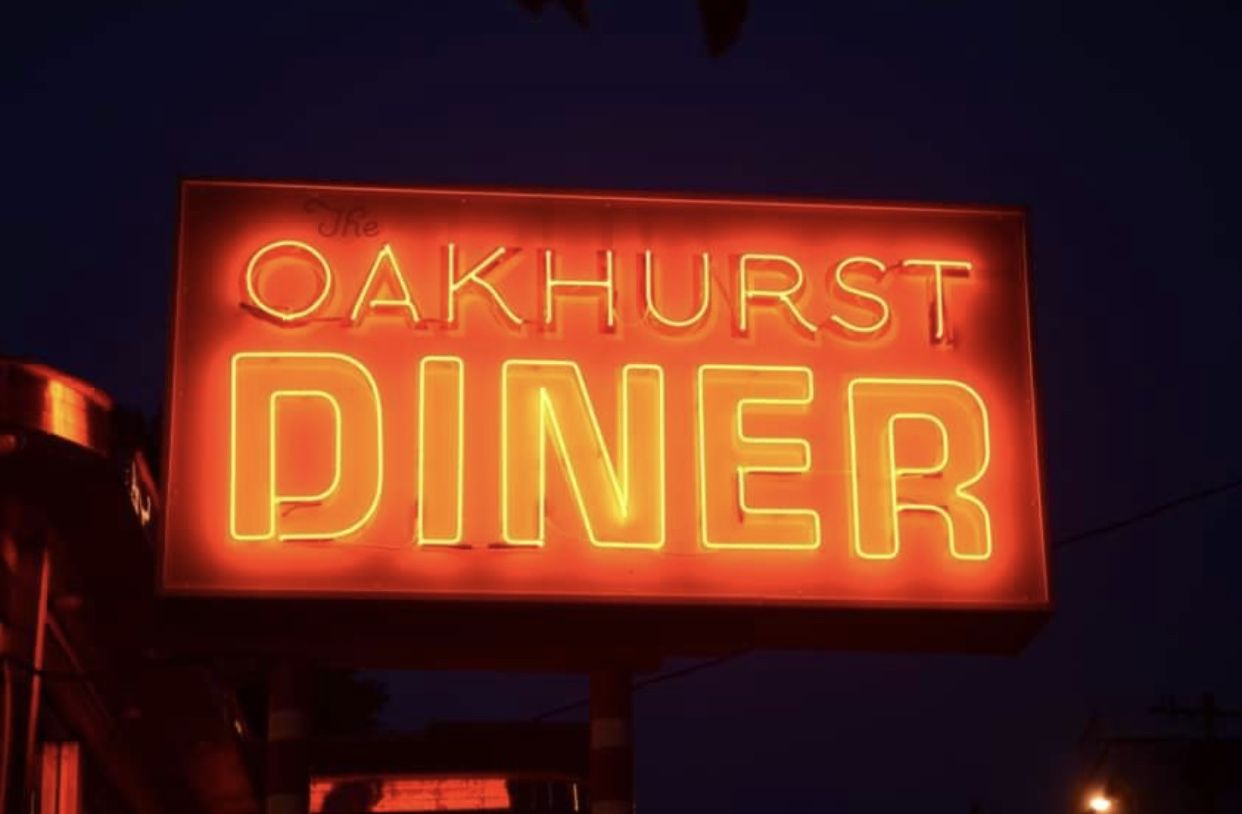 "Two Eggs With a Side of Avocado Toast and Instagram Fodder" ... Tomorrow's N.Y. Times Sunday Styles quotes Eater's Robert Sietsema on "hicksters": "hipsters who move upstate" or visit the Hudson Valley from NYC on weekends.

So now there's a wave of hipsterfied diners with "with fancier menus, ambitious chefs and trend-seeking customers," The Times' Steve Kurutz writes: