🎁 Happy Thursday! Hope you and yours had a joyful day yesterday. Today is Boxing Day — a holiday of shopping and revelry in Britain, Australia, Canada and elsewhere.

This chart, based on search trends from Google News Lab, shows how short our attention spans have become as news coverage darts from one massive event to another, Axios' Stef Kight writes in the third of her annual series on insane new cycles.

The event that saw the largest single spike in Google interest was Hurricane Dorian, which ravaged the Bahamas in early September. The runners-up:

Greta Thunberg, the 16-year-old climate activist who was unknown at the beginning of the year, received surges of interest in late September and mid-December, giving her more search interest in the last three months than the China trade war, the 2020 election or Brexit!

In the three satellite images above, we see China upsetting the balance of power in the South China Sea, starting in 2013, by dredging sand on a massive scale to build seven new island outposts, creating 3,200 acres of strategic new land.

Go higher: This is part of a clever, fascinating AP package, "Looking down on a decade: Satellite images tell the stories" — of hurricanes, wildfires, earthquakes, oil spills, glacial melting, the Rohingya exodus, the Arab Spring protests and the Islamic State's territory loss.

Warming water temperatures are increasing the catch in these lobster traps off Stonington, Maine. But the bounty could be short-lived: The waters could become less hospitable to reproduction. Photo: Joe Raedle/Getty Images

"Northeast states are among the fastest warming in the U.S., a trend that can be detected down to the county level," USA Today's Kyle Bagenstose reports.

Why it matters: The climate change is seen in the abnormal appearances of warm-water fish off the New England coast, the warming of the Great Lakes and higher ocean temperatures, which influence coastal weather and push snowfall farther inland, per USA Today. 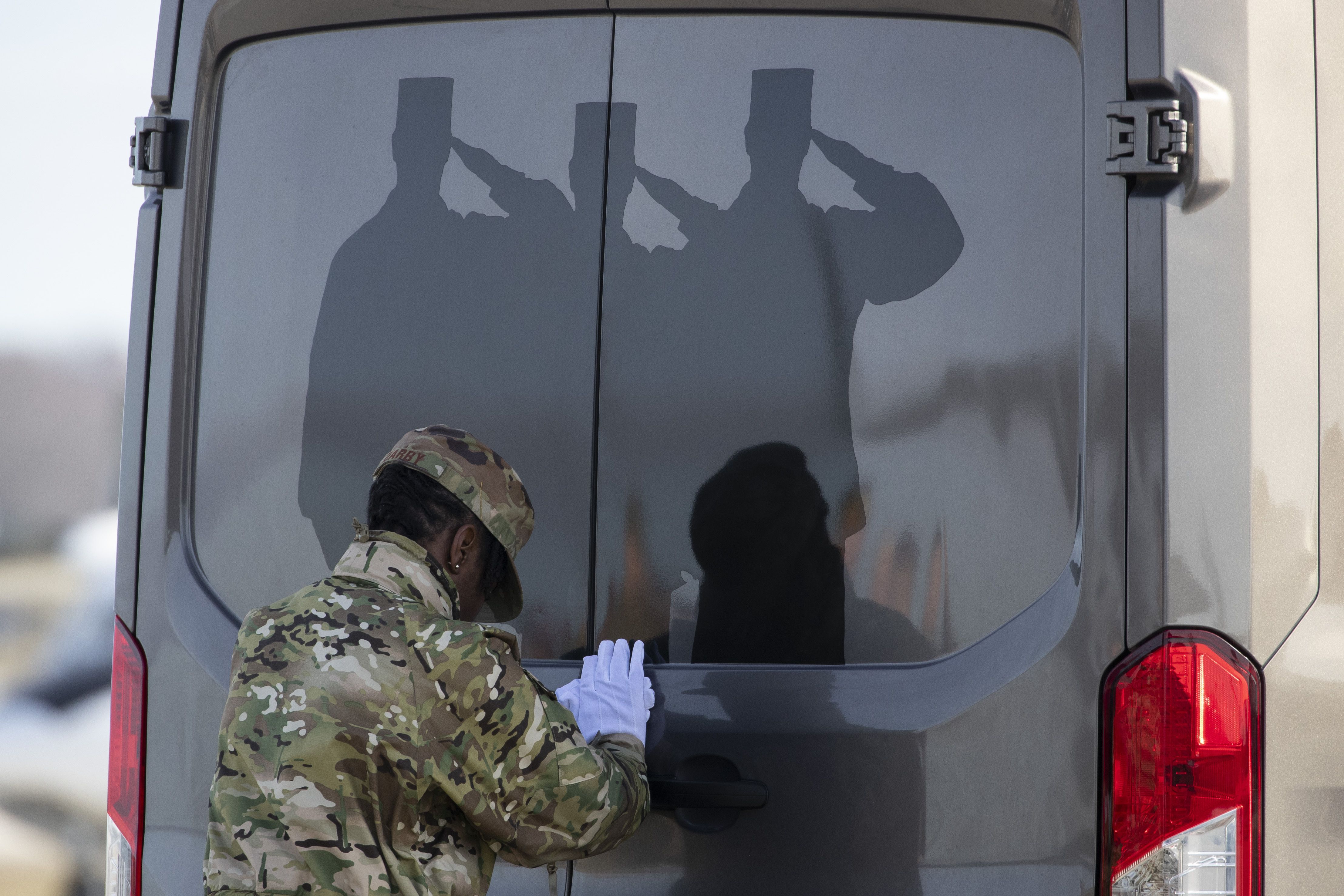 On Christmas Day at Dover Air Force Base in Delaware, Air Force Tech. Sgt. Shaquita Darby salutes the remains of Army Sgt. 1st Class Michael Goble, 33, of New Jersey, who was killed in combat by a roadside bomb in Afghanistan. 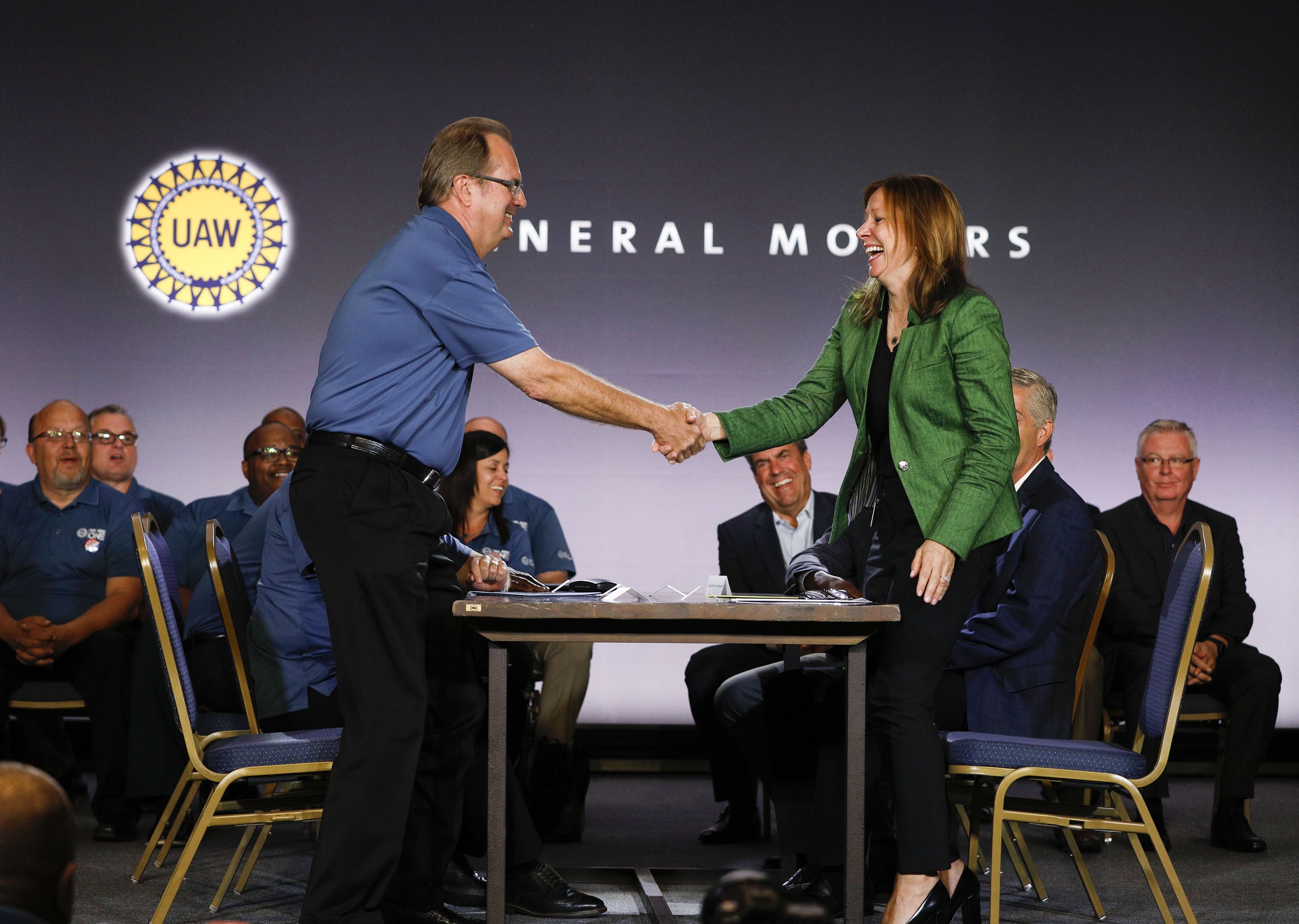 "On a single day in December 2015, Gary Jones, who resigned last month as president of the United Automobile Workers, spent more than $13,000 of the union's money at a cigar store in Arizona," the N.Y. Times' Noam Scheiber and Neal E. Boudette report. 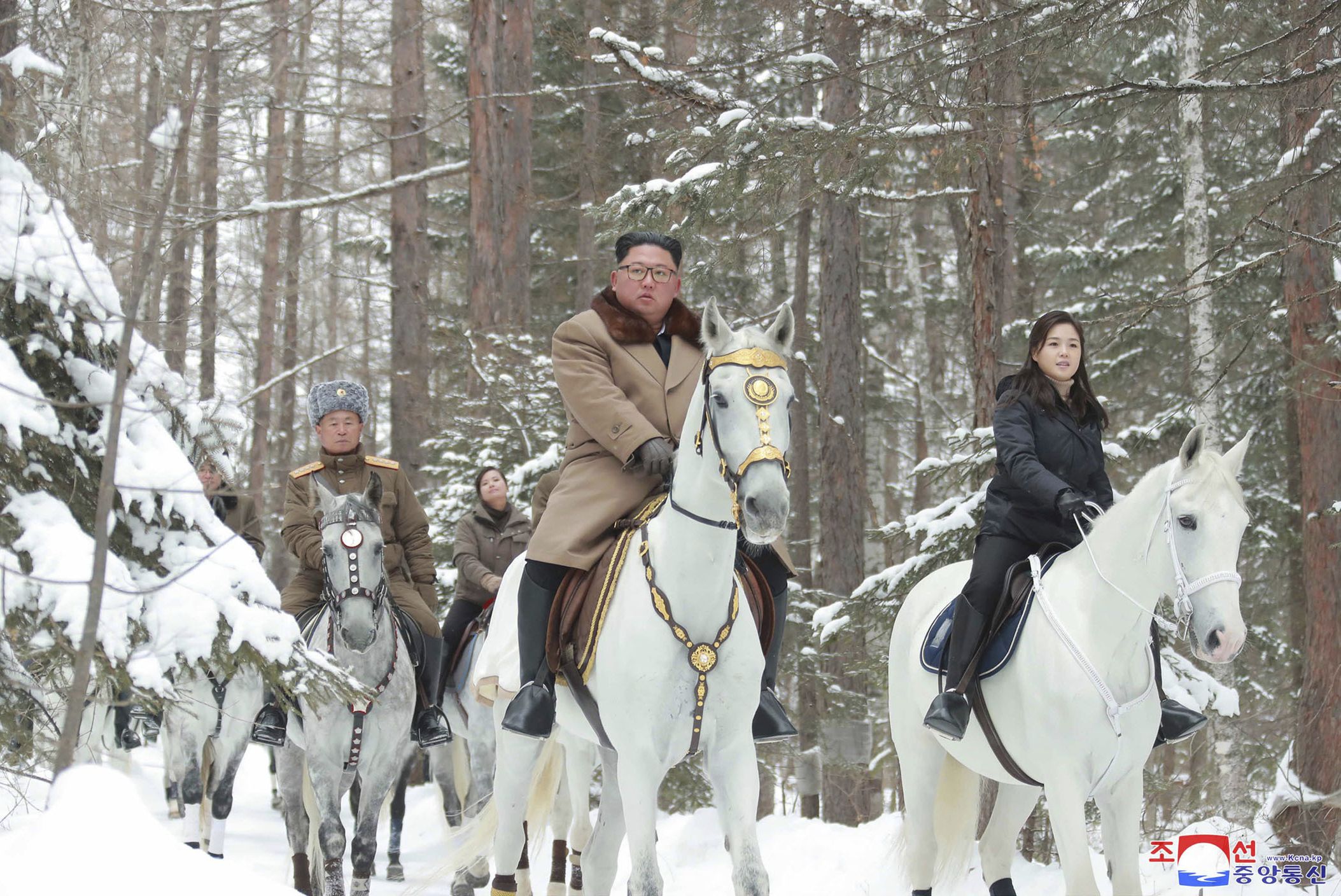 David E. Sanger of the N.Y. Times writes: "North Korea today warned the United States that it was prepared to launch another medium-range missile."

North Korea didn't launch a "Christmas gift" missile, as had been threatened, but tensions with Washington remain high.

7. Story behind a photo of the year 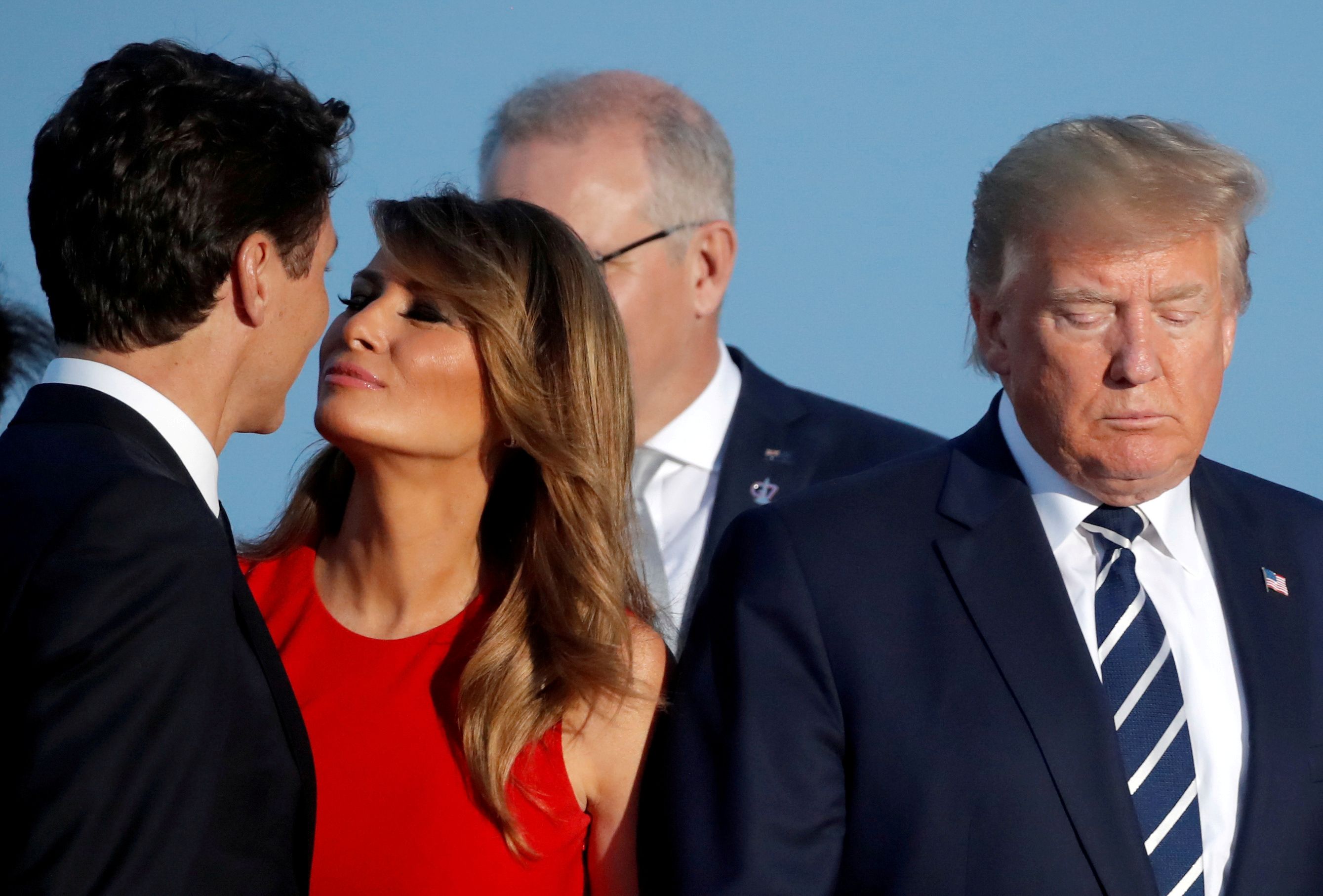 In this image from Aug. 25, First Lady Melania Trump kisses Canadian Prime Minister Justin Trudeau next to President Trump during the "family photo" of world leaders at the G7 summit in Biarritz, France.

I focused my lens on President Trump, while also keeping an eye on the First Lady. It’s a fast photo opportunity so I was filing directly from my camera — sending pictures instantaneously, like live TV.

As I was focused on Trump, I could see in the corner of my frame that Melania Trump had a spontaneous and fleeting interaction with Canadian Prime Minister Justin Trudeau. It happened so quickly it was almost imperceptible.

I stopped and looked at my camera screen and that's when I saw it. I sent it to the editor, who also saw its potential and sent it out quickly.

Minutes after the event ended, people were already retweeting the image and creating memes. It underscores how even in a crowd of photographers focused on the same subjects, there are opportunities to capture something unique, and potentially viral.

A couple in High Point, N.C., woke up to a loud banging inside their house on Christmas morning, per WGHP-TV.

They had named it Harry.