The pound is falling this morning ... After roiling the NATO summit in Brussels, President Trump — always dicey as a guest — crossed the North Sea and is doing the same in England:

At a time when Prime Minister Theresa May is so weak there's speculation about whether her government will fall over softness on Brexit, Trump knifed her in an interview that the tabloid Sun (Britain's biggest paper) ran under the headline, "I told May how to do Brexit but she wrecked it — the US trade deal is off."

Why does he Trump do it?

Swan notes the irony that the Brits tried to be super-cordial — scheduling Trump outside central London and its massive protests against him, including a "baby Trump" blimp with the president wearing a diaper.

Be smart ... A source close to Trump said: "Part of the Trump playbook is keeping people off balance at all times. This could have been a victory lap. But the chaos isn't the means — it's the end." 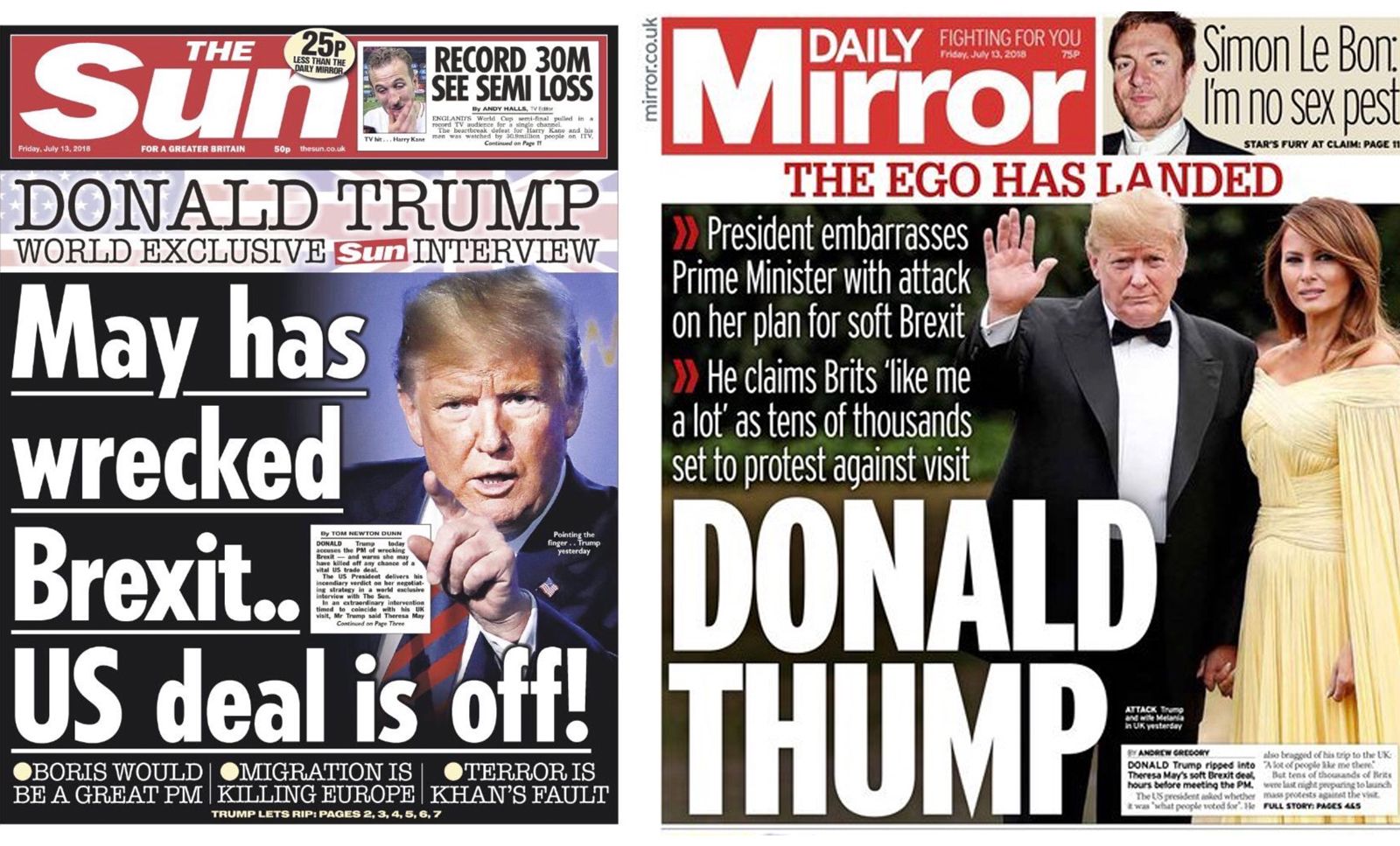 Congressional Republicans think President Trump's tariffs are going to hurt the economy, undoing some of their economic wins — but they're not ready to cross the president until their voters feel the pain, Axios' Caitlin Owens writes.

Some members say their constituents, particularly those in agriculture and manufacturing, are already suffering under the tit-for-tat tariff escalation.

What we're watching: While some members hope that the Senate could eventually pass a bill sponsored by Foreign Relations Chairman Bob Corker of Tennessee to limit some executive trade authority, aides and lobbyists say voters need to demand action before that has a chance.

3. A summit cooked up in weeks instead of years Susan Glasser, former Moscow correspondent, writes in her weekly New Yorker column that "there is no historical precedent for Trump’s meeting with Putin" in Finland on Monday:

"Putin could not have set up the summit better if he had scripted it himself":

Why it matters: "[O]ne preparatory trip, no formal agenda, and no 'deliverables' is not normal for a summit between the heads of the world’s two biggest nuclear-armed nations. Washington usually spends months, or even years, working up to a meeting between the President and the leader of Russia." 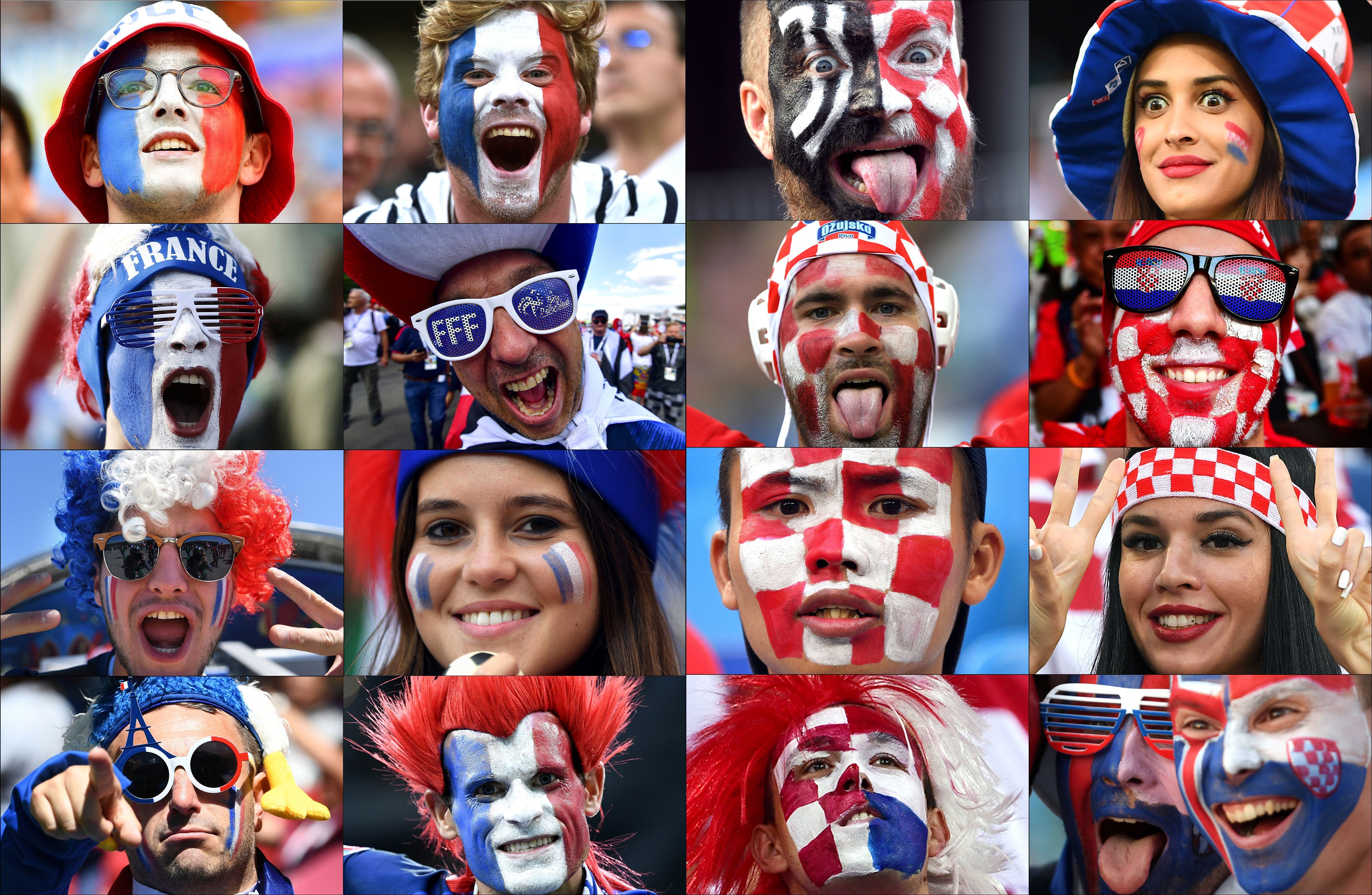 Supporters from France and Croatia cheer on their teams in World Cup games leading up to Sunday's final in Moscow.

"Secret donors financed more than four out of every 10 television ads that outside groups broadcast this year to influence November’s high-stakes congressional elections, according to ... Kantar Media data," USA Today's Fredreka Schouten writes:

What's next: "The spending is about to soar even higher as November’s general election draws closer and the ad war intensifies over President Donald Trump’s Supreme Court pick, Brett Kavanaugh."

5. Mini-microphones will soon be everywhere

"Tiny microphones are moving us toward a world where all gadgets can respond to a voice command" — Wall Street Journal "Keywords" columnist Christopher Mims:

Why it matters: "The roadmaps of tech giants and startups alike show how sound is poised to become the first ubiquitous connection between users and the artificial-intelligence hive mind the internet is becoming."

Thanks for reading. See you all day — and weekend — on Axios.com.