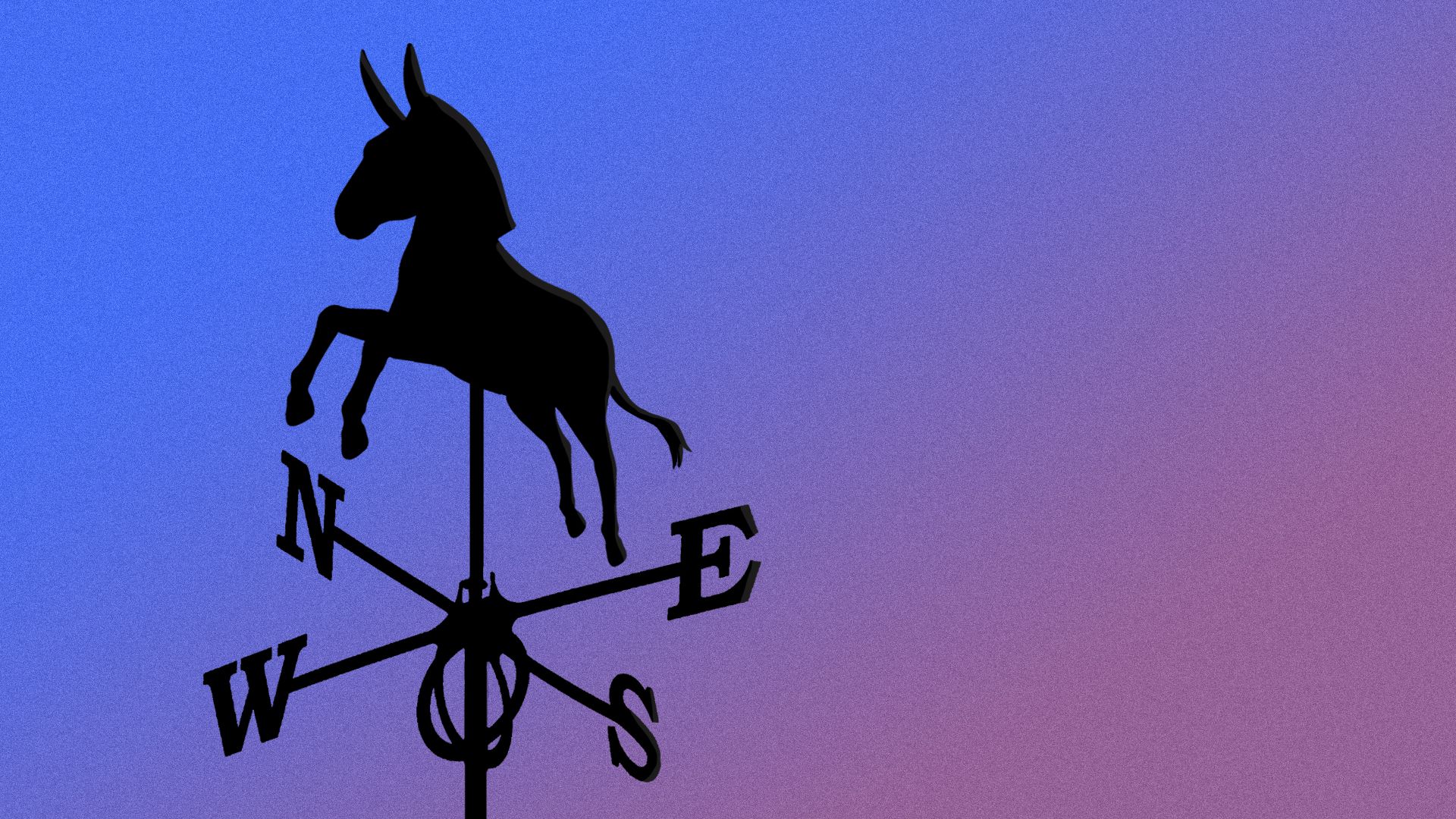 Incoming House Democratic leaders are being warned to emphasize the findings of their Trump administration investigations rather than the mechanics, like subpoenas and document requests.

Why it matters: The polling shows that with the country so closely divided, Democrats could easily overplay their hands as they revel in their new clout.

Polling by the firms found "far lower" support from independents and battleground district voters when the emphasis was on Democrats "[using] their new congressional powers" rather than "[following] the facts."

This word cloud resulted from a question about what issue or issues should be the top priority of the next Congress:

Respondents were asked to highlight the most convincing parts of this paragraph, and the words in larger text were chosen most often: 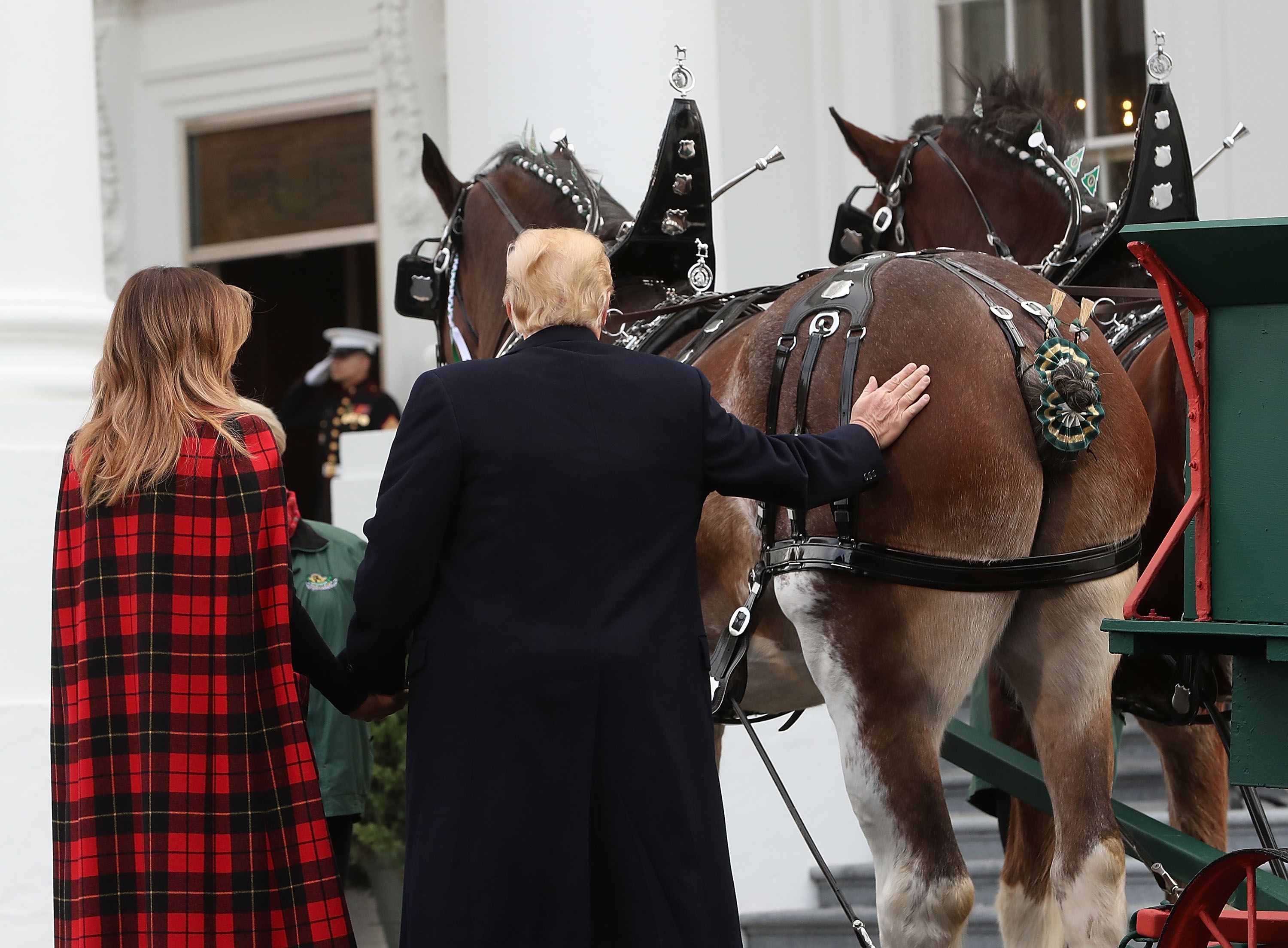 President Trump has been telling people privately that he’s impressed by the "courage" acting Attorney General Matt Whitaker is showing in the face of burgeoning legal challenges and questions about his history of publicly criticizing the Mueller investigation, Jonathan Swan reports.

Whitaker isn’t out of the running for the permanent job, but there is some internal opposition to him because of a sense of how difficult he will be to confirm.

Whitaker’s impartiality about Mueller is being questioned by people on both sides:

Be smart: People close to the president have formed the impression from their conversations with him that he wants to appoint as A.G. somebody he already knows — not a new face.

We may sleep with our smartphones and spend multiple hours a day staring at device screens, but almost of half of American adults say they prefer in-person communication, per a poll by SurveyMonkey for "Axios on HBO."

Coming distractions: The proportion of teens who prefer in-person interaction has plummeted from 49% in 2012 to 32% today. Texting is now the favorite mode of communication, per a survey of 13- to 17-year-olds by Common Sense Media. 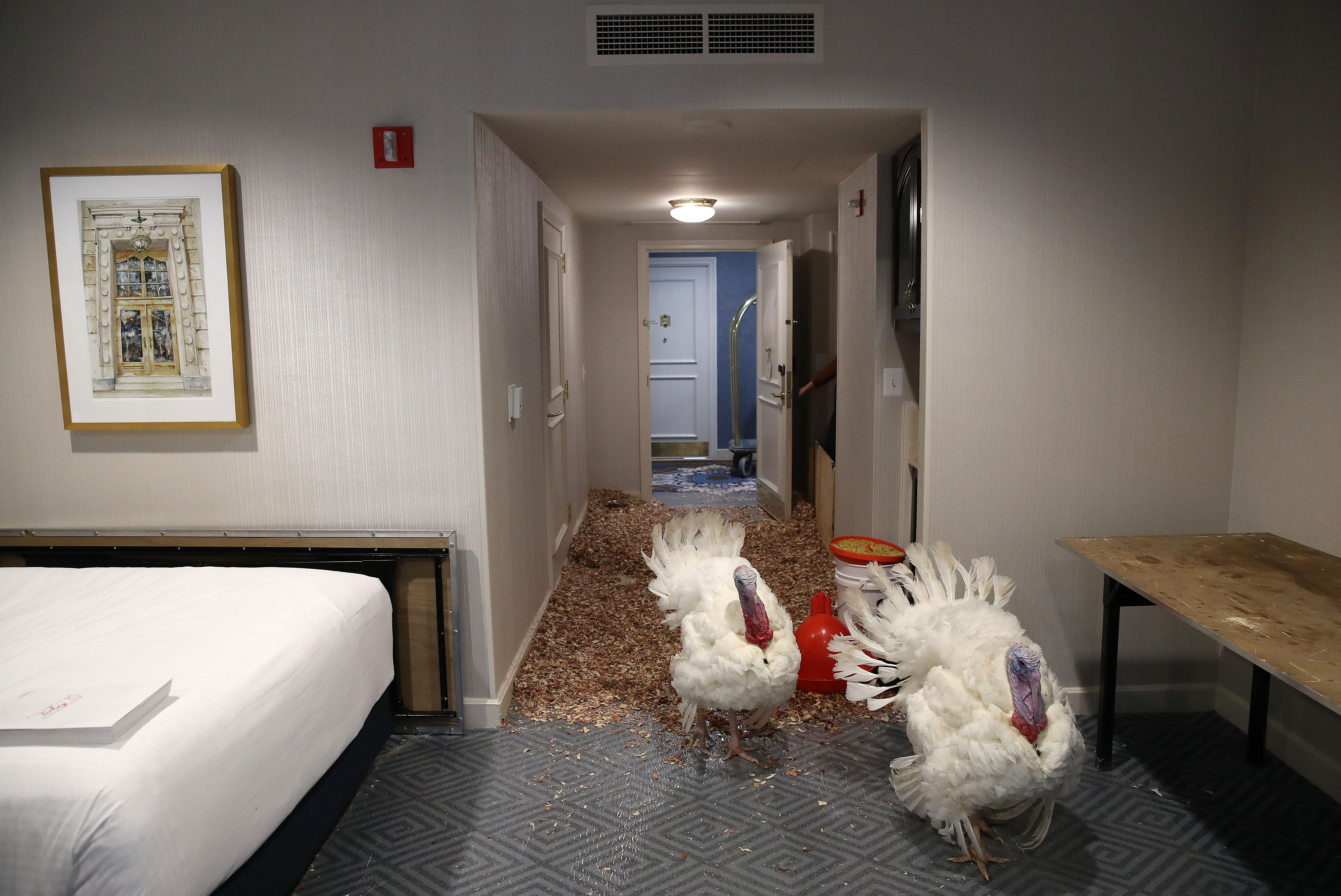 Peas and Carrots, the National Thanksgiving Turkey and alternate, strut in a Willard Hotel room supplied by the National Turkey Federation, ahead of today's Rose Garden pardoning by President Trump and First Lady Melania Trump. 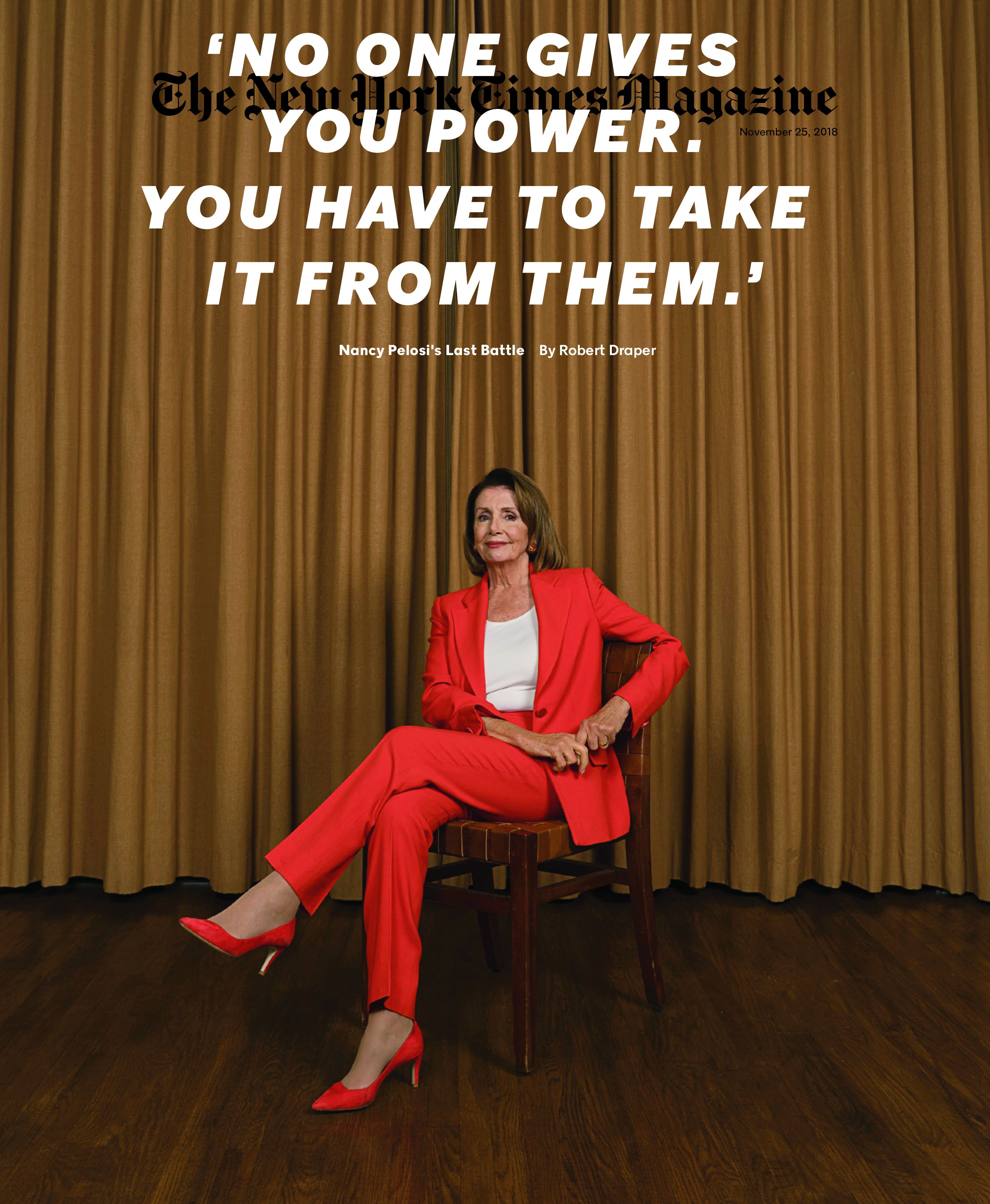 The leitmotif of Nancy Pelosi's "three-decade ascent is that of a woman wresting power away from a male-dominated political machine, until one day the machine discovered she was its master," the great Robert Draper writes in the forthcoming N.Y. Times Magazine:

"Despite her debt to the dozens of new women, Pelosi did not appear to see it as her obligation to nurture them in any particular way":

"It’s not a choice of whether I’d hand it to them on a silver platter or not. ... It’s, do members want somebody anointed? I don’t think they do. The person has to emerge. People have to emerge. And it’s hard."

"We always say when the new ones come: 'Here are the freshman recruits. Who among them will be the leaders in this Congress? Or rise in other offices? Or be president of the United States? ... I don’t think anybody could have predicted it in me."

Mood music, from AP: "The vote on a new speaker will be among the first cast in the new Congress, a dramatic roll call that often becomes fodder for campaign ads. For many of the Democratic freshmen, it's a moment of truth after a number of them promised ... to oppose Pelosi and demand new leadership."

Satellite images show a neighborhood in the Northern California town of Paradise before the Camp Fire and after. (DigitalGlobe via AP)

"Global warming is posing such wide-ranging risks to humanity ... that by the end of this century some parts of the world could face as many as six climate-related crises at the same time," the N.Y. Times' John Schwartz reports:

"Ivanka Trump sent hundreds of emails last year to White House aides, Cabinet officials and her assistants using a personal account, many of them in violation of federal records rules," the WashPost's Carol Leonnig and Josh Dawsey report:

A statement from her lawyer: "While transitioning into government, after she was given an official account but until the White House provided her the same guidance they had given others who started before she did, Ms. Trump sometimes used her personal account, almost always for logistics and scheduling concerning her family." 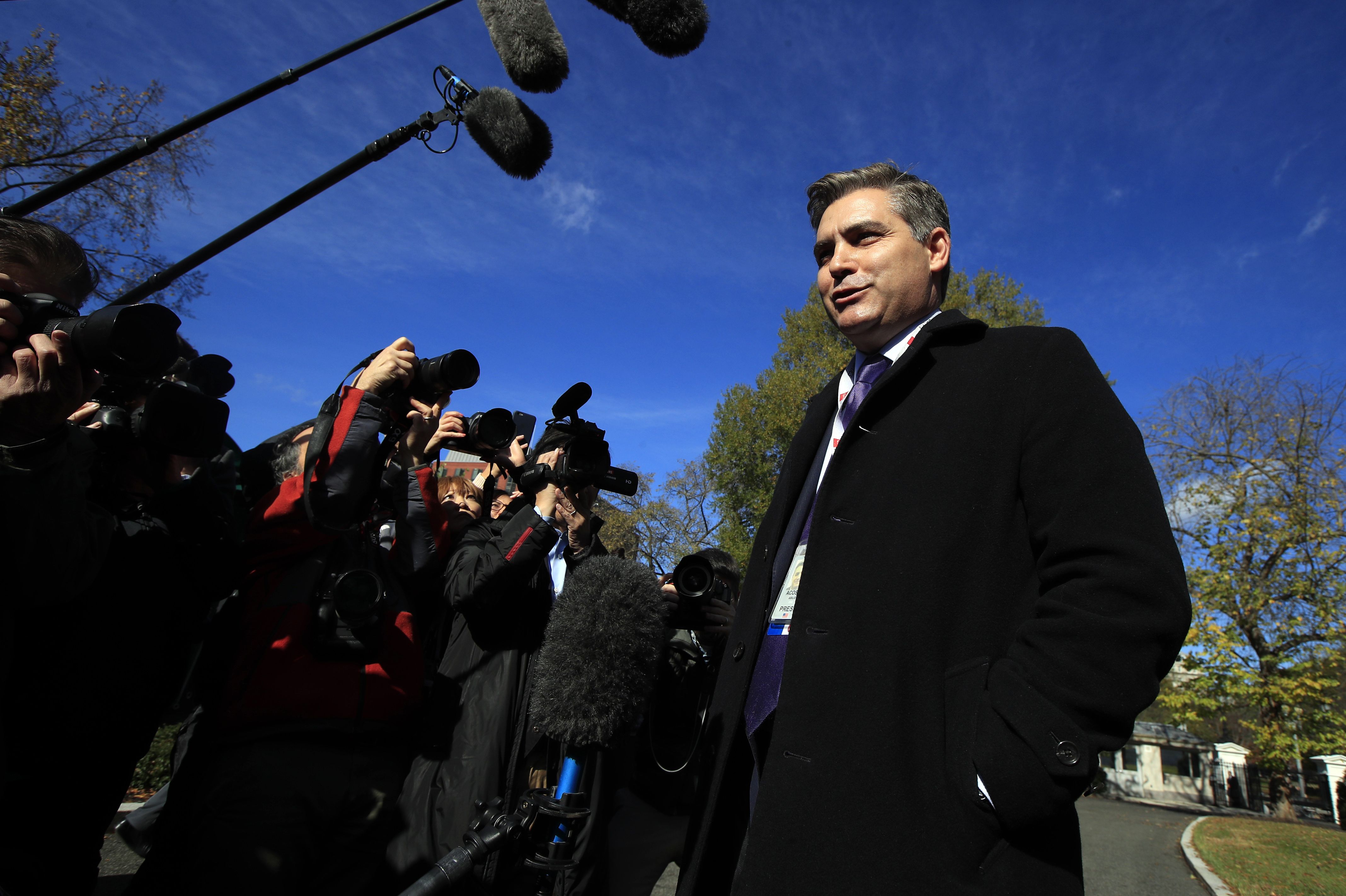 CNN's Jim Acosta speaks to journalists on the North Lawn upon returning to the White House after a federal judge's ruling Friday. (Manuel Balce Ceneta/AP)

"The White House ... said that CNN correspondent Jim Acosta's press pass has been 'restored,' bowing to days of pressure," per CNN.

The White House Correspondents' Association said it had "no role in crafting any procedures for future press conferences." Here they are:

"Amid international uproar over the killing of journalist Jamal Khashoggi, some members of Saudi Arabia’s ruling family are agitating to prevent Crown Prince Mohammed bin Salman from becoming king," per Reuters. Is this how they work? (Getty Images)

"Research ... suggests that warnings about sitting at work are overblown, and that standing desks are overrated as a way to improve health," Aaron E. Carroll, a pediatrics professor, writes for N.Y. Times Upshot: