⚠️ After a frantic week, it's Good Friday, and Passover begins at sundown. It's a chance to reflect, reminisce, recharge — and express appreciation to the people around us.

Late in Don McGahn's tenure as White House counsel, President Trump became so suspicious that he wondered aloud whether McGahn was wearing a wire, a source familiar with the president's private conversations told Jonathan Swan.

Anger at McGahn after the report came out was shared among a number of Trump allies, both inside the White House and close to the president.

The big picture: McGahn, as the N.Y. Times foreshadowed in great detail last summer, plays a starring role in the Mueller report.

Behind the scenes: Going by the rich scenes recorded in the Mueller report, McGahn apparently took extensive notes of his conversations with the president.

The backstory: Roy Cohn, a Mafia lawyer and political fixer, was a mentor and personal lawyer to Trump during his early career. Trump often privately laments that his current lawyers don't measure up to Cohn. 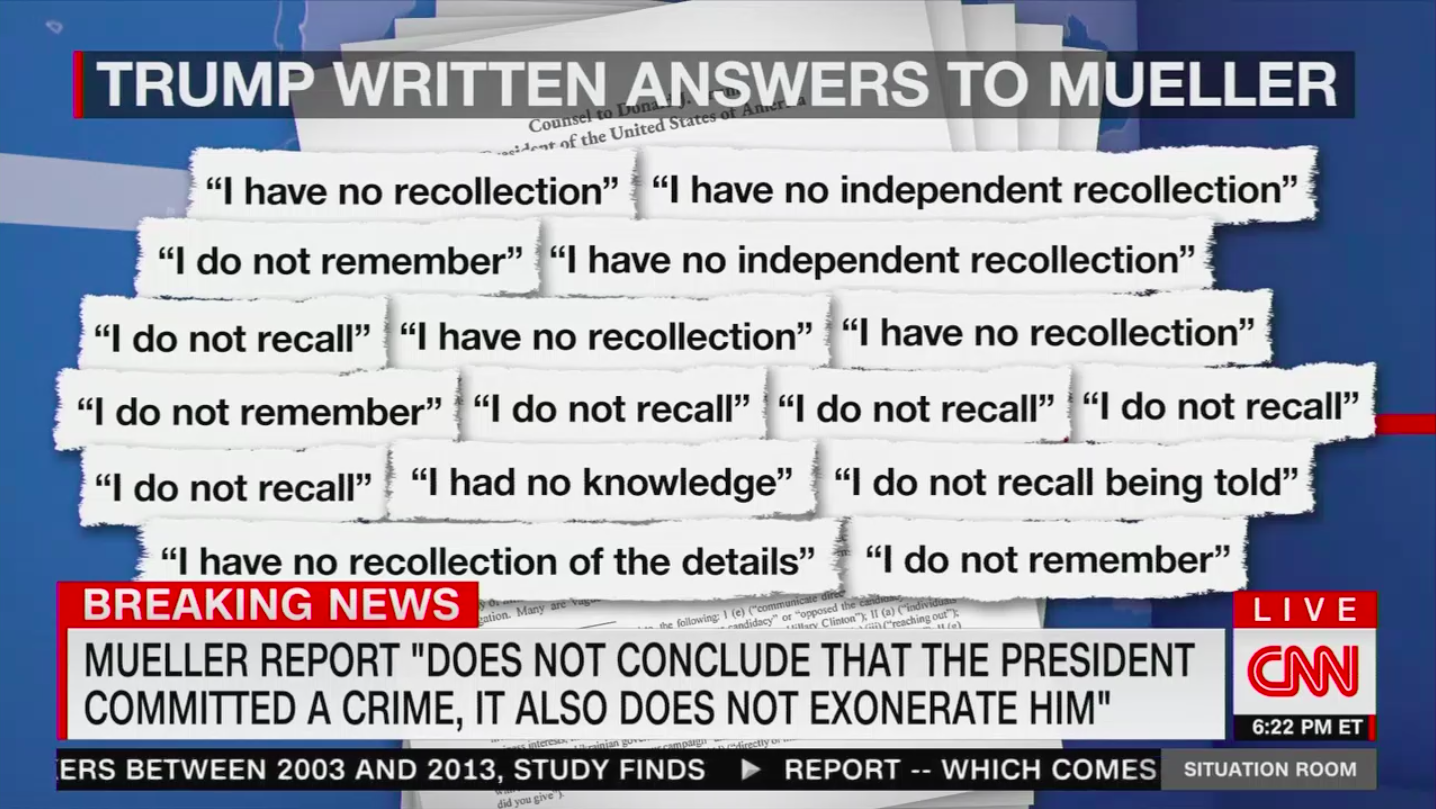 The Mueller report portrays President Trump as repeatedly trying to commit obstruction, only to have his staff ignore him, saving him from himself.

Why it matters: Trump often acted like a bystander during the special counsel's investigation, venting his frustration on Twitter and with reporters.

The report lists rat-a-tat examples of times that aides and advisers slow-walked or rebuffed Trump suggestions and orders, insulating him from obstruction:

Here's a previously unknown episode, with the sort of colorful detail that peppers the report: 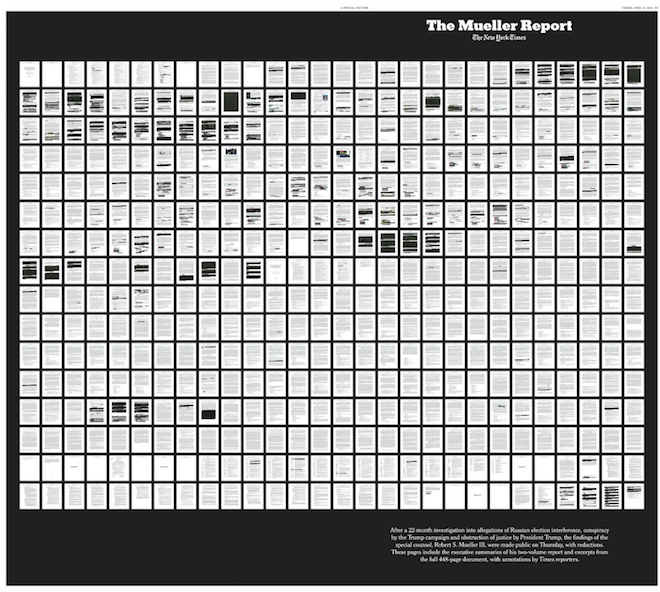 Mueller's report has lots of new color and detail, but no revelations stunning enough to change anyone's mind — pro or con — about President Trump.

The long view, from the WashPost's Dan Balz: Mueller examined "basic questions about political campaigns, political operatives, presidential candidates and presidents, along with the overriding issue of foreign interference in America’s democracy and the president's reaction to it." 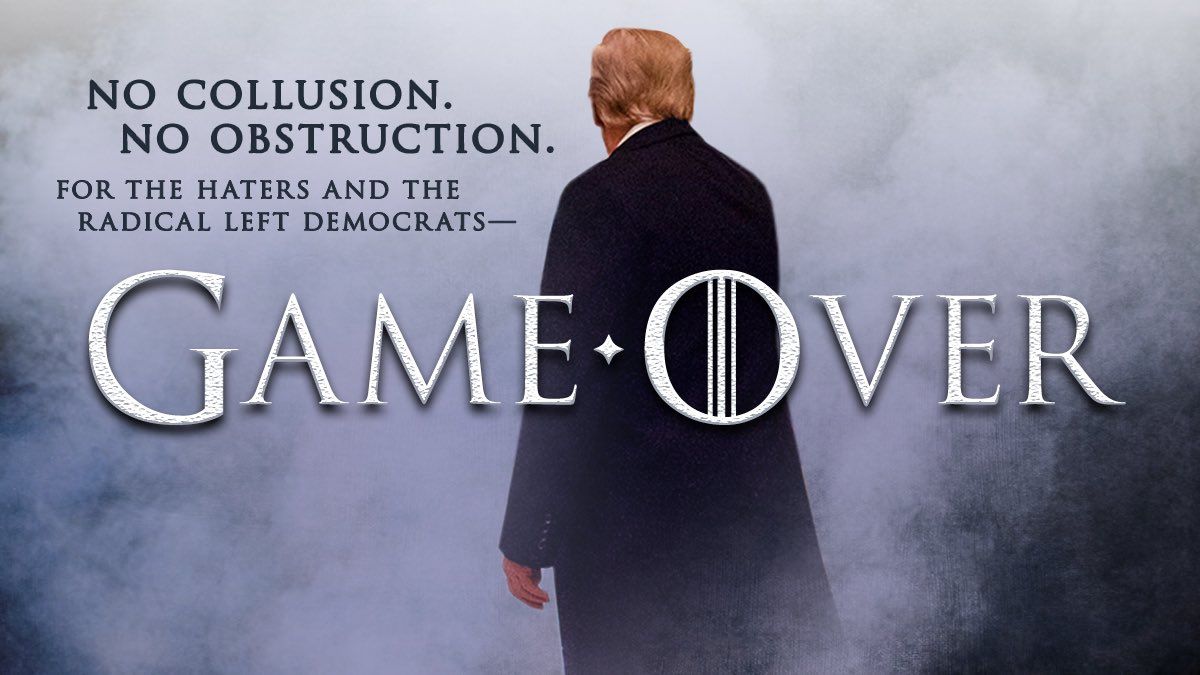 4. For history: How it's playing 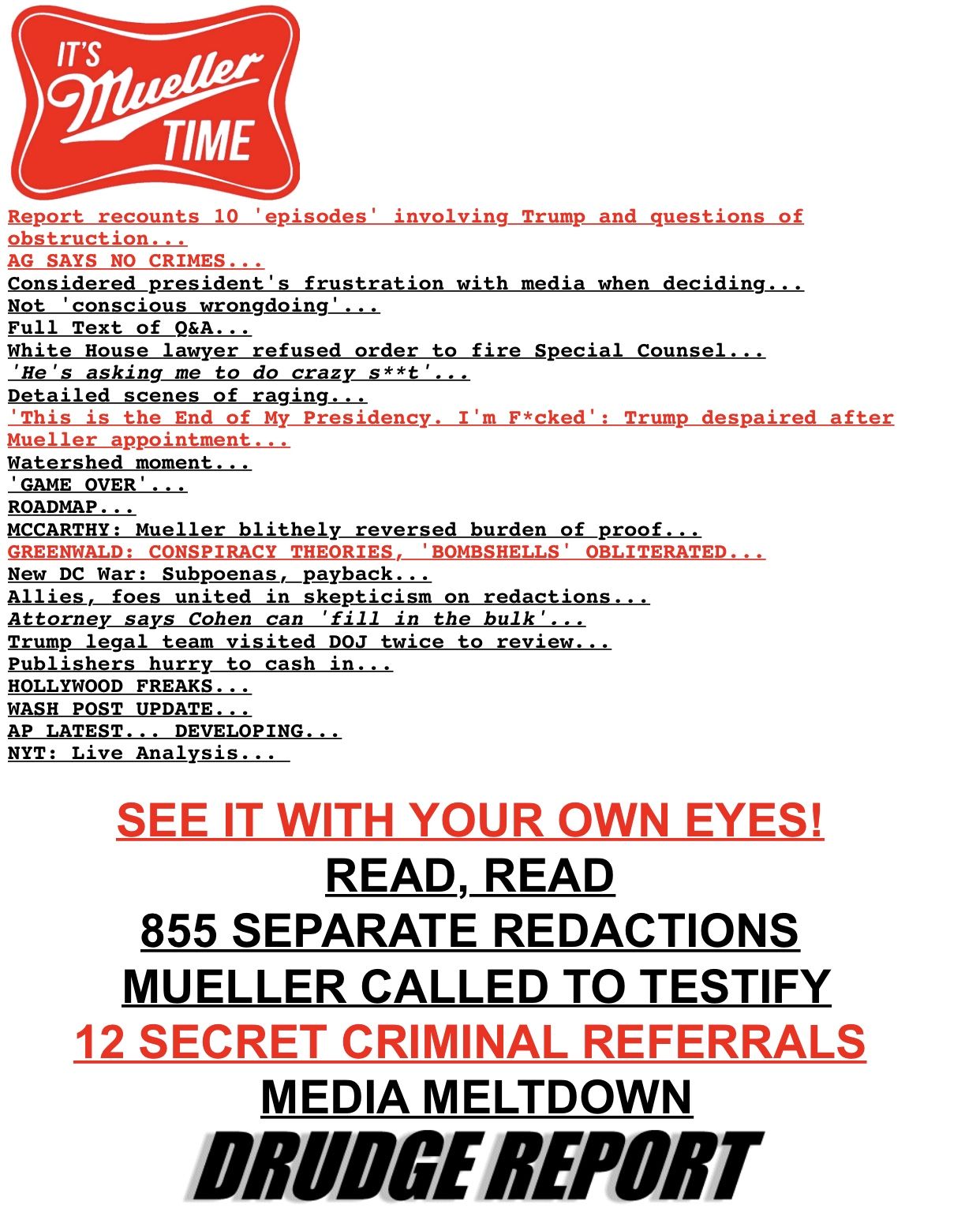 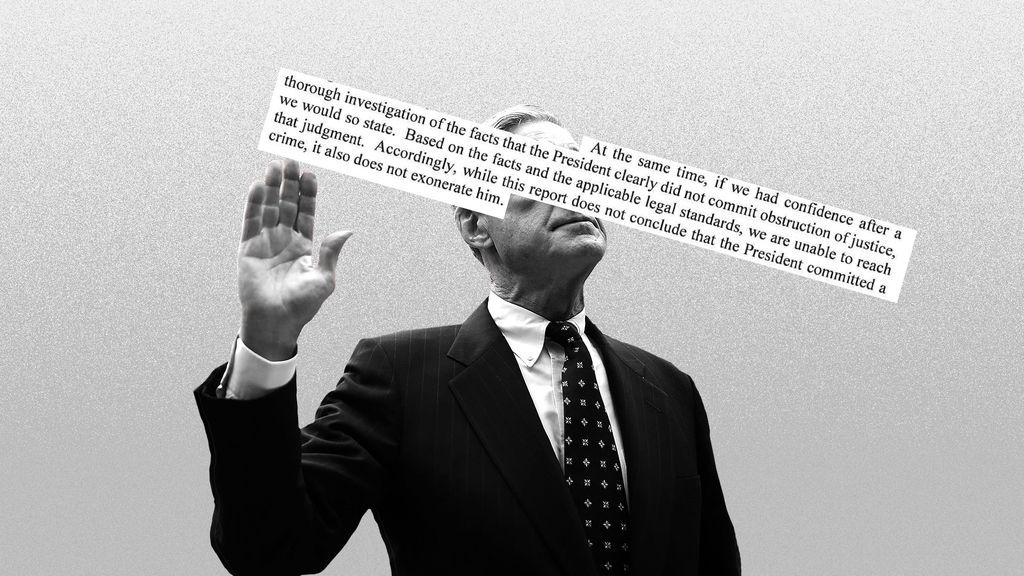 Two Mueller report books are in the top 15 on Amazon even though free PDFs are available online, AP's Hillel Italie reports:

The long view: The Warren Commission report on the JFK assassination and the 9/11 Commission Report became best sellers. 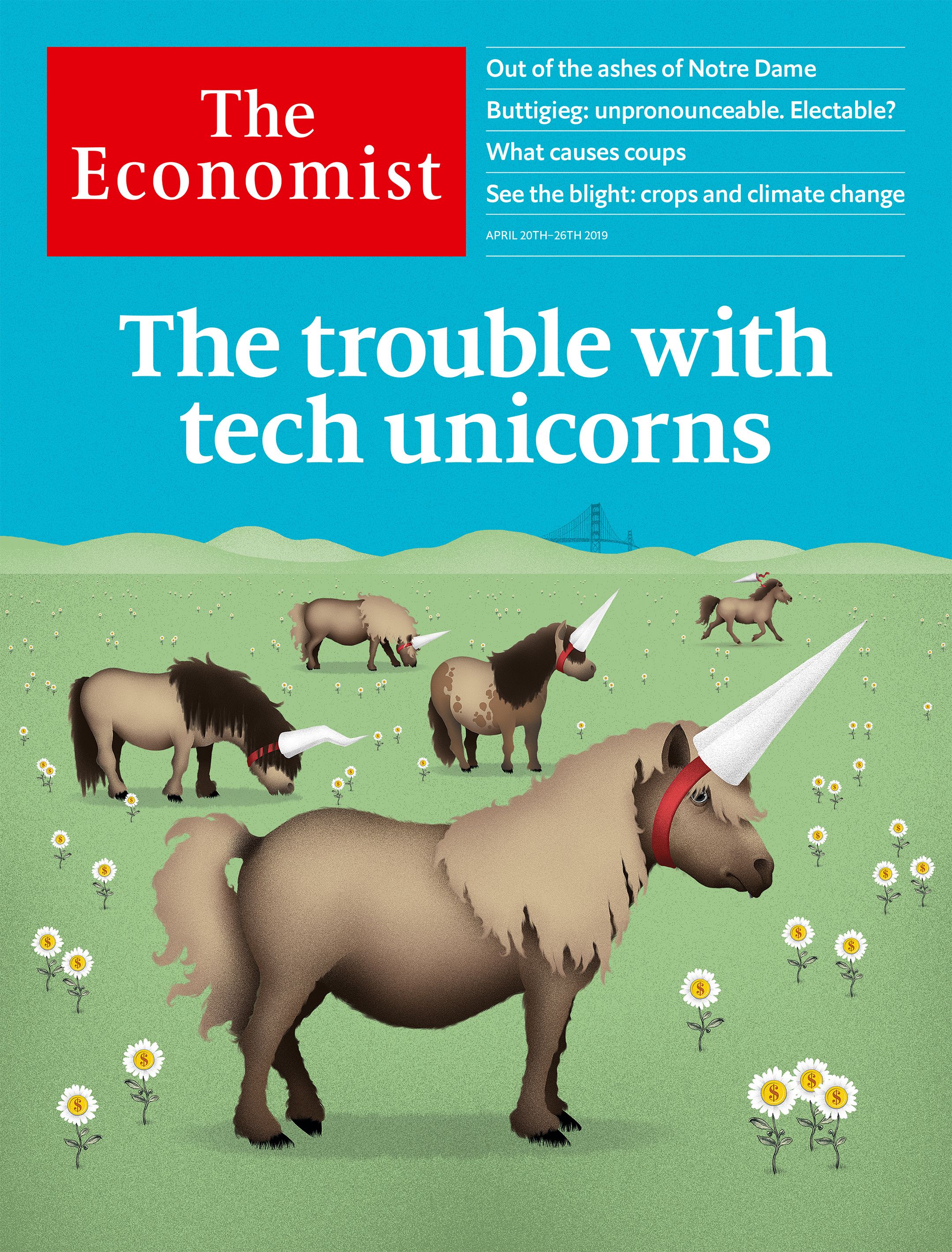 "Investors often describe the world of business in terms of animals, such as bears, bulls, hawks, doves and dogs," The Economist writes in its lead story. (And don't forget black swans and minotaurs.)

A dozen unicorns that have gone public, "or are likely to, posted combined losses of $14bn last year. Their cumulative losses are $47bn."

Potheads have for decades celebrated their love of marijuana on April 20. But the counter-culture celebration, once all about getting stoned, now is so mainstream that Corporate America is starting to embrace it, AP's Alex Veiga reports:

Why it matters, from Kit Yarrow, consumer psychologist at Golden Gate University: "[B]rands that associate themselves with cannabis kind of get that contact high ... cooler by association."

"The N.R.A. is now mainly a media company, promoting a life style built around loving guns and hating anyone who might take them away," writes Mike Spies in a deep dive for The New Yorker.

Why it matters: This relationship seems "to be largely responsible for the N.R.A.’s dire financial state. ... [A] small group of N.R.A. executives, contractors, and vendors has extracted hundreds of millions of dollars from the nonprofit’s budget, through gratuitous payments, sweetheart deals, and opaque financial arrangements."

"The Logistics of Girl Scout Cookies ... It takes a village to sell a Thin Mint. Parents and girls manage a feat to distribute 200 million boxes as sale moves into its frenzied closing days," writes the Wall Street Journal's Jennifer Smith in an A-hed (subscription):

Thank you for starting Mueller Day with us. Get your friends to sign up!