For the first time since 2007, Washington lawmakers will have a hearing on reparations for slavery in the U.S., Alexi McCammond writes.

Between the lines: The House subcommittee hearing is technically a study of the lasting legacy of slavery and how to get on "the path to restorative justice."

The big picture: While the reparations discussion entered the 2020 conversation early in the cycle, Democratic presidential candidates haven't signed on to directly paying black Americans — the traditional understanding of reparations.

2. The world is watching 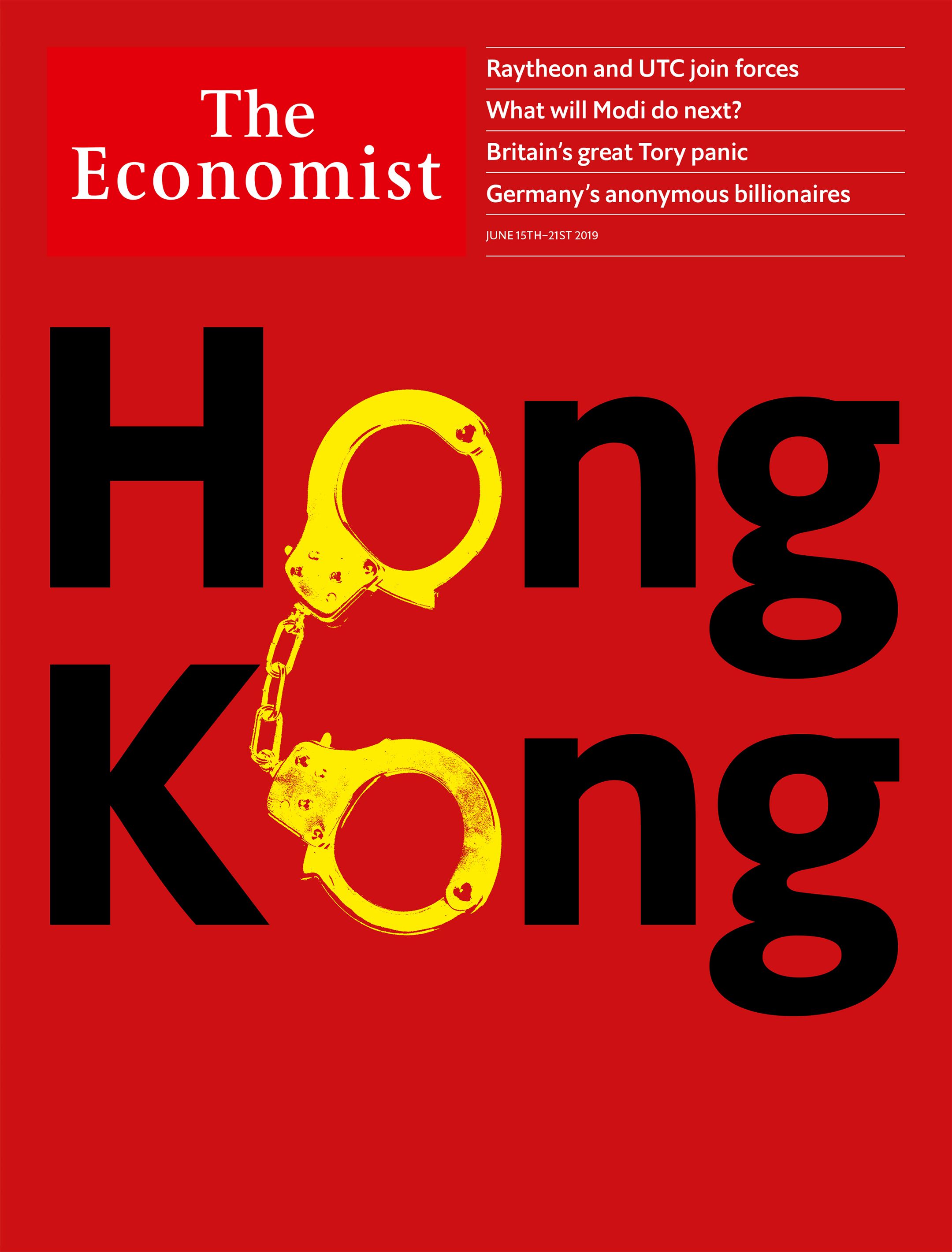 Huge demonstrations (expected to continue Sunday) over the rule of law have rattled Hong Kong's government — and the leadership in Beijing, The Economist writes in its cover editorial.

Why it matters: Hong Kong is "a fragile bridge between a one-party state and the freedoms of global commerce." 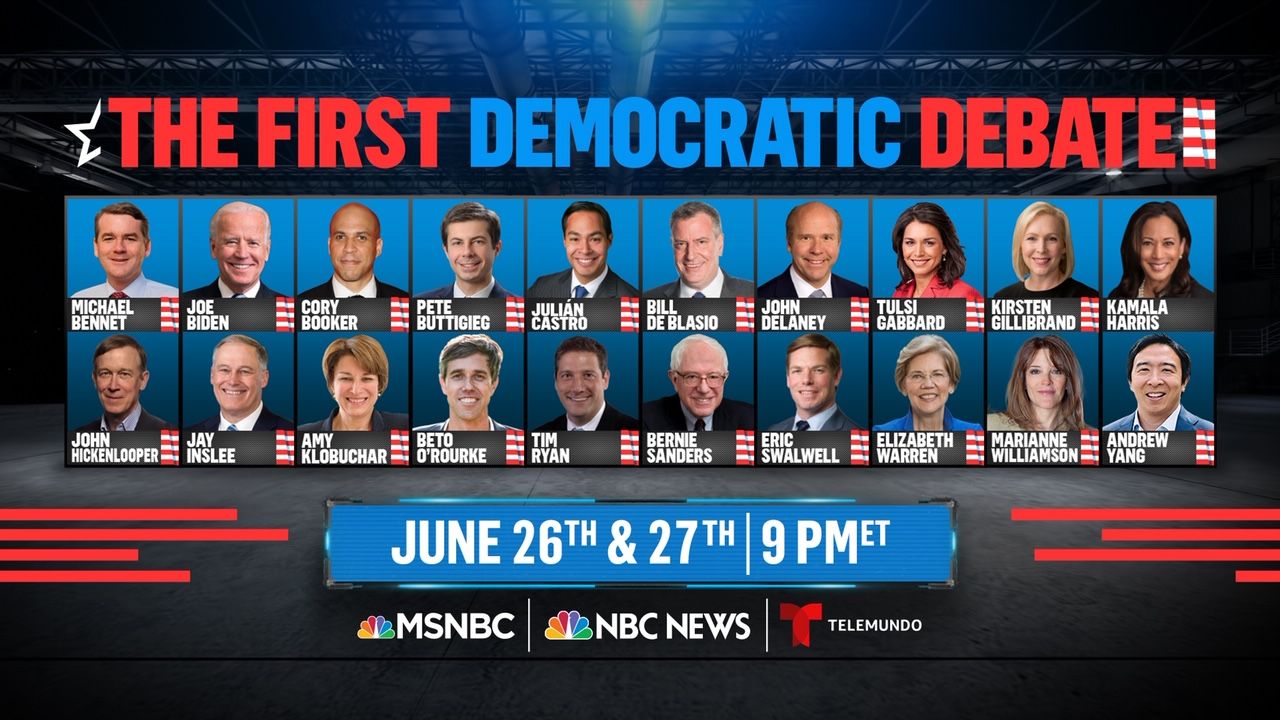 In: Sen. Michael Bennet of Colorado and New York Mayor Bill de Blasio, who had both been on the bubble, made the debate based on a polling threshold. 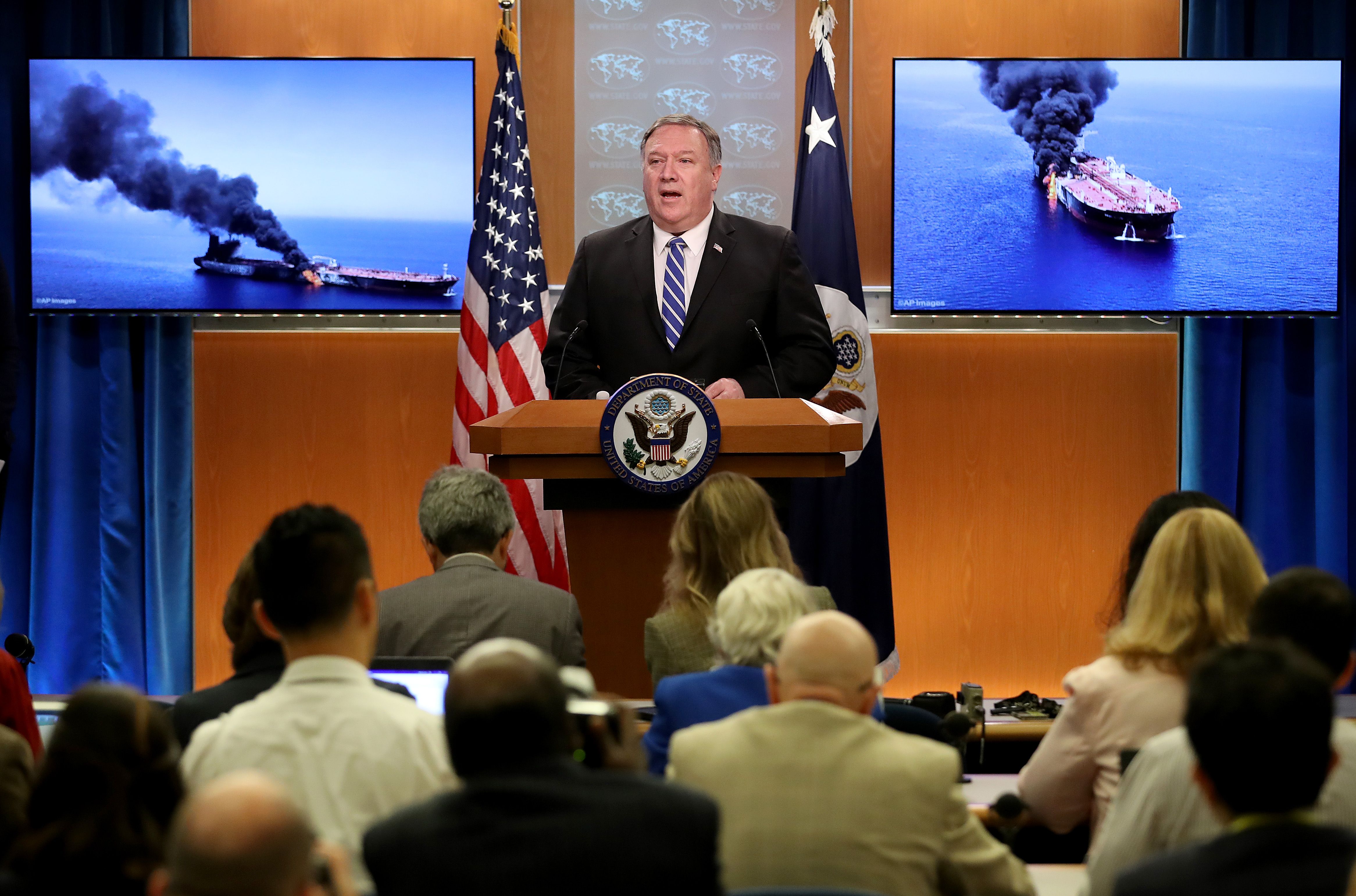 5. A White House name to watch

No decision has been made on Sanders’ replacement.

P.S. ... Trump tweeted about Sanders: "I hope she decides to run for Governor of Arkansas."

Besides privacy and antitrust, another big threat to tech platforms is an intensifying call for Congress to revamp a law shielding them from legal liability for users' posts, Axios emerging technologies reporter Kaveh Waddell writes.

Be smart, from Axios' David McCabe: Lawmakers have been threatening broad changes to the immunity law for over a year but haven't advanced any legislative proposals doing so. At this point, it's leverage.

7. Anita Hill: I could vote for Biden Anita Hill told NBC's Andrea Mitchell that she considers Joe Biden partly responsible for how she was treated during Justice Clarence Thomas' confirmation hearings in 1991 — but is still open to voting for Biden: 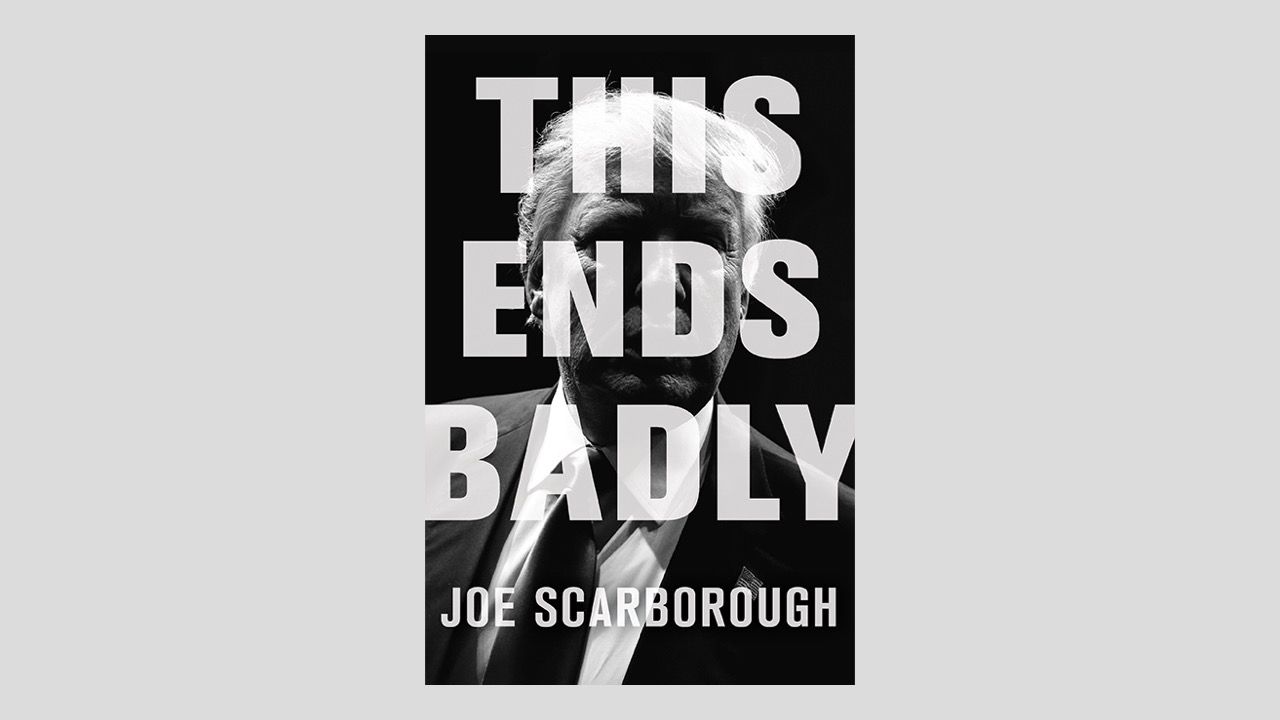 "Morning" Joe Scarborough will be out Sept. 17 with "This Ends Badly: How Donald Trump Conned America," including an account of how the MSNBC host's relationship with Trump ruptured:

As Scarborough and "Morning Joe" co-host Mika Brzezinski observed Donald Trump's political rise in 2016, they found themselves uttering the same line to each other: "This ends badly." ...

After first meeting Trump in 2003, Scarborough and Brzezinski found him engaging and generous, if terribly insecure ...

But as Trump grew to be an unstoppable political force in late 2015, ... Scarborough [spoke] out against Trump's rise, even as the anxious candidate continued calling him to vent and ask for advice. 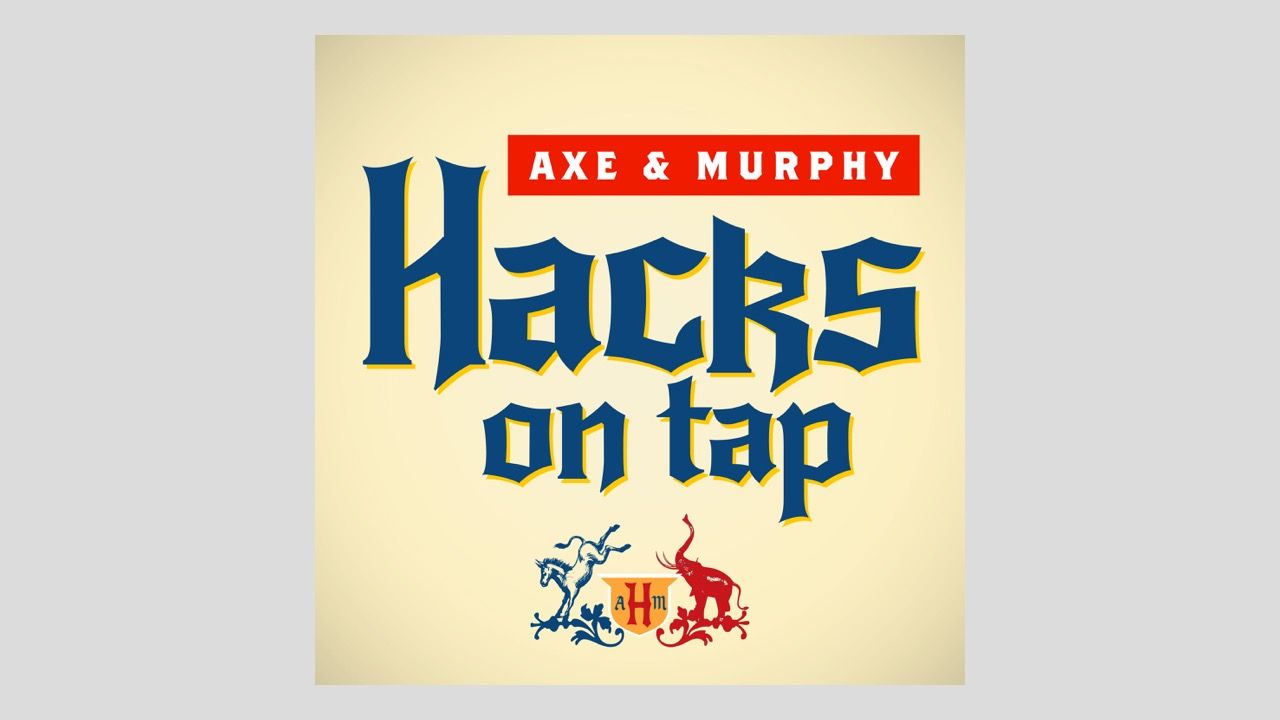 Two of the great living campaign talkers, David Axelrod and Mike Murphy, team up for a "Hacks on Tap" podcast (Cadence13), taking listeners "deep inside the top level of American politics."

The vibe is: Walk into a bar full of campaign reporters, and pull up a stool to listen to two guys who have been in it, but now aren't tied to cable news cycles. 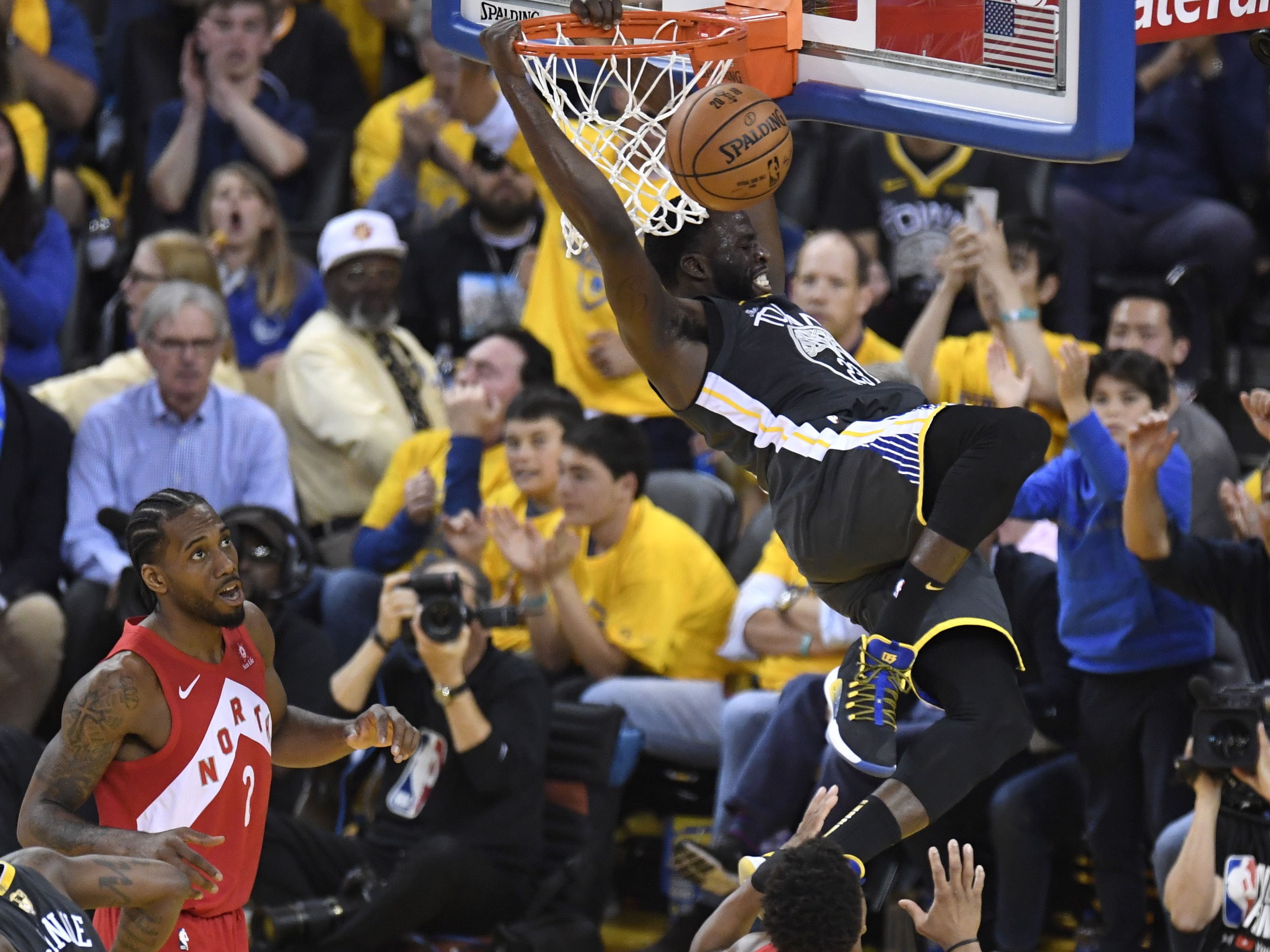 The Toronto Raptors won Canada's first NBA championship with a 114-110 victory in a wild Game 6 — 18 lead changes — over the Golden State Warriors in Oakland:

The big picture: "This golden era for the [Warriors], which began when Stephen Curry and Klay Thompson grew into the Splash Brothers eight years ago, might be dimming a lot sooner than anyone anticipated," per ESPN.