⚖️ Breaking: Marc Short, chief of staff to Vice President Pence, said on "Meet the Press" that Speaker Pelosi withholding articles of impeachment from the Senate is "untenable":

1 big thing: The health care debate we ought to be having

Americans worry a lot about how to get and pay for good health care. But the 2020 presidential candidates are barely talking about what's at the root of these problems:

Why it matters: President Trump and most of the Democratic field are minimizing the hard conversations with voters about why health care eats up so much of each paycheck and what it would really take to change things.

Hospitals collect the biggest piece of the health care pie, at about $1 trillion per year.

Drug companies are the most profitable part of the health care industry.

The money bonanza is enticing some non-traditional players into the health care world.

Insurers do want to keep costs down — but many of their methods are deeply unpopular.

The frustrating reality: Democrats' plans are engaging more in the debate about possible solutions than the candidates themselves.

What they’re saying: The top 2020 Democrats have actually released "insanely aggressive" cost control ideas, says Larry Levitt of the Kaiser Family Foundation. "But they don’t talk about that a lot.”

Between the lines: The health care industry has blanketed Iowa with ads and is prepared to spend millions more to defend the very profitable status quo.

More than 99% of the Trump campaign's TV ads this year discussed impeachment, as tallied by the nonpartisan Wesleyan Media Project.

Why it matters: This is a vivid new illustration of the alacrity with which the Trump campaign is embracing the stain of impeachment to raise money, rev up the base, and try to build a head of steam against whoever emerges as the Democratic nominee.

The tally covers national cable and broadcast TV between Jan. 5 and Dec. 14.

3. 📱When to take a break from your device

😱 This was a new one for me: "Another condition, nomophobia, refers to feelings of terror from not having a working phone." 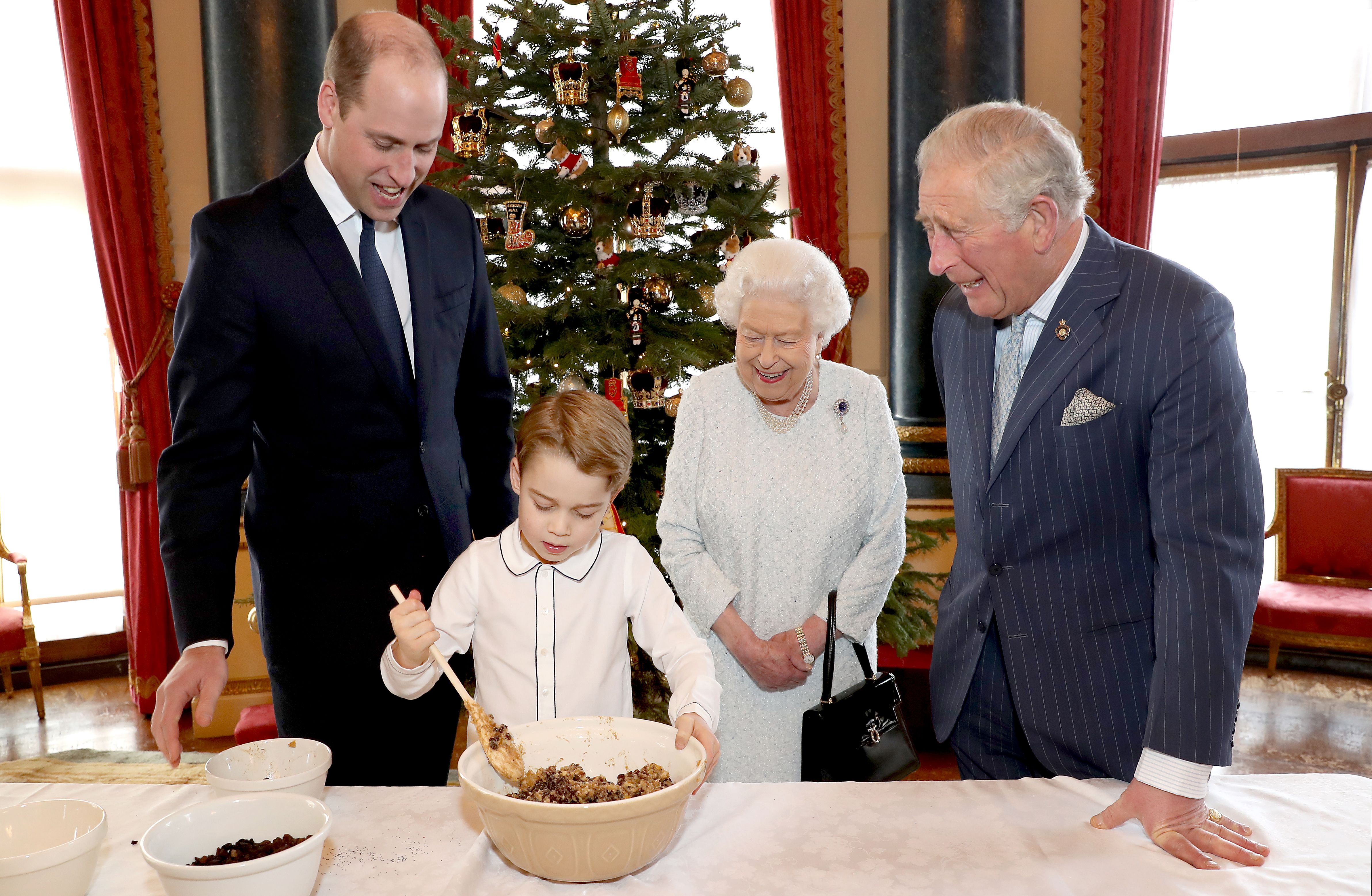 This remarkable photo, released yesterday by Buckingham Palace, shows Queen Elizabeth II with her son, grandson and great-grandson — the next three heirs to the British throne.

George was helping prepare a Christmas pudding in the palace's Music Room, as part of the launch of The Royal British Legion's "Together at Christmas" initiative. A displaced resident carries a bag from the Red Cross after a fire at a three-story apartment building in Las Vegas yesterday. Photo: David Becker/AP

With so many of us deep in holiday mode, I was struck by this spate of headlines at the top of the AP wire — a suddenly sad Christmas for lots and lots: Guatemalan migrant Ledy Perez embraces her son Anthony while praying to ask a member of the Mexican National Guard to let them cross into the United States, as seen from Ciudad Juarez, Mexico, on July 22.

A rite of passage for Washington interns is discovering the secret of the autopen, which signs the boss's name on form letters. Now, the mystical autopen is being democratized ...

"People are turning to robots to write their ‘handwritten’ cards ... Pen-wielding machines can mimic the intimacy of the human hand — even your own," the WashPost's Abha Bhattarai reports: