Axios Cities: The fight over 5G deployment — The next NIMBY battle — Urban-rural partnerships

Displaced Iraqis find nothing to return to after ISIS defeat

BAGHDAD — Of the 2 million Iraqis forced to flee their homes since 2014, as military operations and ISIS attacks escalated, many now find they have nothing to go back to. 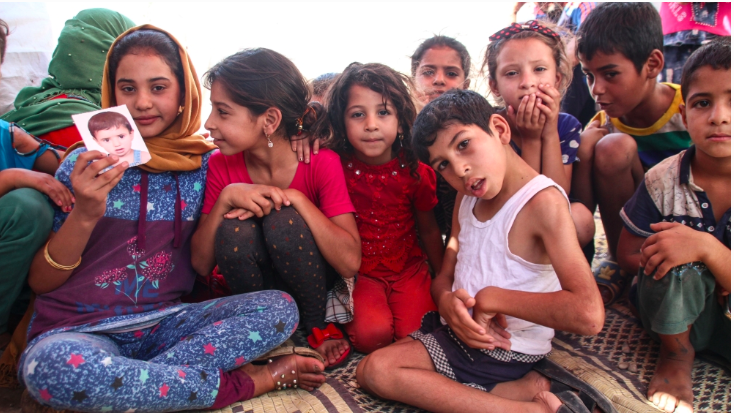 Children at Al-Khadra IDP camp with Leen, 12, holding a photo of her sister who died when they first arrived in Baghdad. Photo: Arwa Ibrahim/Al Jazeera

Why it matters: Following the victory over ISIS last year, families in camps like al-Khadra near Baghdad, home to about 100 internally displaced Iraqis, were expected to go home. But the devastation, poverty and a lack of services in the recaptured areas forced many to choose the lesser of two evils and stay in the camp.

The bottom line: For the Iraqi government, the challenging situation for internally displaced persons will not be resolved until the recaptured areas are rebuilt. Yet, this is a mammoth task, one that is tied to Baghdad receiving more support from the international community. "With so many crises in the region, funds from regional and international donors have shrunk," says Sattar Nawroz, a spokesperson for the migration and displacement ministry.