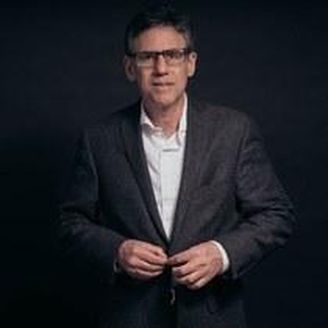 Future Editor at Axios. I am a Senior Fellow at The Atlantic Council, and teach energy security at Georgetown University. Before this, I was a foreign correspondent in the former Soviet Union, Pakistan and the Philippines. E-mail me at [email protected]

Humans need to take charge of their robots

In 2013, two young Oxford University researchers ignited a provocative debate with a landmark forecast that 47% of U.S. jobs are vulnerable to automation. Since then, experts around the world have relentlessly argued whether the new age of robots will wipe out whole classes of jobs, or create a unique time of machine-human partnership.

Driving the news: Though few appear to have taken notice, leading researchers have reached important conclusions.

"It is a matter of choice how much we get to invest in replacing workers and how much in complementing workers," said Daron Acemoglu, an influential scholar on automation at MIT.

The big picture: In a way, we are in a heyday for employment. In the U.S., the jobless rate has been near a half-century low at or below 4% for more than a year. Almost anyone who wants a job — including the stubbornly unemployed, felony convicts and workers with a drug record — can get one.

Wages, too, have been climbing beyond the rate of inflation: Since 2015, workers have carved out real pay increases every month on average, a change from the prior decade, when they routinely lost money to inflation, according to government data.

But economists say they are surprised that wages are not rising more robustly, given how very tight government figures say the job market is. That reveals other conclusive facts about current and perhaps future jobs:

If you remember one thing: There is no "future of work." Instead, we are in the midst of a gigantic and painful economic transition that began four decades ago and could go on for years and decades longer, as we have reported.

The bottom line: One of the most wrenching experiences of the current age has been falling out of the middle class. It's what underlies much of the disaffection and anger across the U.S. and Europe.

Americans are at each other's throats. Politically, socially and culturally, we suspect each other's motives and plain sanity. So certain are we of the other's intent to do the nation harm, some of us have joined political gangs and assaulted one another, resulting in at least 1 death.

Which is to say: Americans have played into Russian President Vladimir Putin's hands — again. It is assumed he can attack next year's elections if he so chooses, but since no outsider knows exactly how, what comes next is one of the great underlying mystery-dramas of the 2020 election campaign.

The big picture: Espionage and trickery between the West and Russia is not new — it goes back to Peter the Great, 3 centuries ago. But scholars say they are pressed to identify any episode of direct political mischief-making in this long history comparable to the breadth, scale and intensity of the Russian hacking, leaking and social media campaign in the 2016 U.S. election.

Russia hands in Washington and elsewhere are worried. No one can say with absolute certainty that Putin will attack this time, nor if he does, what means he will use. But what no one disputes is that the country — despite mountains of descriptions of Russia's actions last time — is little-better prepared now to defend itself than it was 3 years ago.

In 2016, the GRU — Russia's military intelligence arm — carried out the hacking of Clinton adviser John Podesta's emails and documents at the Democratic National Committee, according to the investigative report by special counsel Robert Mueller. At the same time, the Kremlin-backed Internet Research Agency was behind the massive social media campaign to provoke discord.

Some possibilities of what's next:

The bottom line: "I see no reason to expect that U.S./Western actions since 2016 have changed Moscow’s appetite for risk. Buckle up," said Andrew Weiss, a Russia expert at the Carnegie Endowment.

A wild card: A Russia expert contact of mine formerly with Britain's MI-6 said that, if Putin's strategy is what's expected — to do whatever will best polarize the U.S. — he may choose to do nothing. "Trump seems to be doing a pretty good job all by himself, depending on where you sit, so it might be easier to leave well alone."

The new threat to capitalism

In what would have been widely dismissed as absurd even a year ago, a mainstream consensus has suddenly swept the world that the core of the global economic system has gone terribly awry, requiring a basic shakeup of capitalism.

The big picture: But the problem may be far more fundamental than an excess of human ruthlessness, as many believe. Instead, experts say, capitalism is under another, more intractable assault — by inexorable long-term population trends that may kill the ability of economies to grow.

But experts suggest that such do-gooderism and investigations will be insufficient to turn the tide against an underlying, almost-unnoticed threat to the economic system that has fueled the entire industrial age.

The new threat: Most of us know that global wealth surged starting in the 19th century. What is less publicized is that the explosion was accompanied by similar breakout in population, and economists connect the two — when population grows, GDP has tended to rise with it. (see chart)

What's next: Richard Jackson, president of the Global Aging Institute, tells Axios that, as long as countries do not shut down markets with protectionism, companies will get around the problem for decades by exporting to still-growing populations. Experts note, for instance, that the populations of sub-Saharan Africa and the the Middle East will continue to rise through the century, according to current trends. (Yet eventually, he says, "we will run out of room and have to trade with Mars or something.")

Darrell Bricker, author of "Empty Planet" and global CEO of Ipsos, the polling company, said companies could also do better at marketing to the elderly. "When was the last time you saw an ad for a 70-year-old woman?"

The bottom line: Capitalism is unlikely to vanish. But it could end up looking a lot different.

Aiming for happiness: Ruchir Sharma, chief global strategist for Morgan Stanley Investment Management, said that, rather than growth, a better measure of public well-being amid population decline is per-capita income.