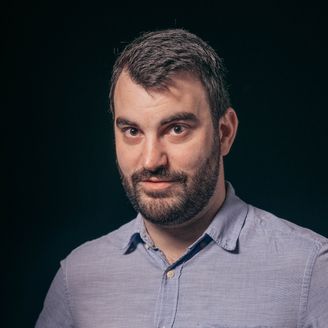 Stories, code and graphics at Axios. Get in touch: [email protected]

Nearly all major environmental groups saw their donations increase, some significantly so, with President Trump in the White House, according to an Axios analysis of tax filings.

The big picture: This is classic Washington. When one side is in power, interest groups on the other side often see more financial support — which is why environmental groups are on the rise during one of the most aggressive regulatory rollbacks in American history.

Driving the news: Between 2015 and 2017, donations to 10 of America’s most influential environmental groups increased between 20% and 149%.

What they’re saying: Axios reached out for comment to all of the groups included on the chart. Most said Trump’s election was behind the increase, while a couple said the two were unrelated.

“Americans see the damage the Trump administration is doing to our environment and know that we are nearing a point of no return on climate,” said Sam Sankar, senior vice president of programs at Earthjustice.

Yes, but: It’s hard to confirm a direct line of causation between the increased donations and Trump’s election. Several factors could be going into this, including an improving economy.

The intrigue: In addition to big donations from deep-pocketed institutional donors like Bloomberg Philanthropies, individuals are also changing how they give, according to interviews and conversations we've had. Here's one.

What we’re watching: If this trend accelerates or flat-lines if Trump wins reelection in 2020. If a Democrat wins, we’ll be watching to see if donations drop off as the threat to environmental policies lessens.

The bottom line: Bossie suspended fundraising after Axios revealed that very little of the money he was raising was going to political campaigns. Trump was livid, forcing the Bossie retreat. Now, Bossie tells us he is making several changes — presumably to get back into Trump’s good graces and back into the fundraising business.

The impact: Bossie directed his political group, the Presidential Coalition, to cease all fundraising on May 7, 2 days after Axios published the findings of its investigation, done in collaboration with the Campaign Legal Center (CLC).

By the numbers: The Presidential Coalition's average daily contributions plunged from over $20,000 per day in early May to under $2,000 per day by the end of June, according to a new Axios/CLC analysis of the organization's latest IRS filing from the first half of 2019.

The state of play: Despite the backlash it faced, the Presidential Coalition is still spending just a small percentage of its money on direct political activity, though the percentage is higher than that of 2017 and 2018:

Worth noting: Bossie, a Fox News contributor, was totally absent on the network for nearly 3 months after our story ran. However, he did appear on the network again on July 31 to defend Trump after his tweets attacking Baltimore Rep. Elijah Cummings. A Fox News spokesperson told Axios that Bossie is still a contributor.

The Trump campaign told Axios that it stands by its May statement.

All the Moon landings, from Luna to Apollo to Chang'e

Humans have successfully landed 20 crewed and uncrewed missions on the Moon’s surface, with more to come.

The big picture: More and more nations are shooting for the Moon, with India aiming to send a lander and rover there next week.

Details: Earlier this year, Israel's Beresheet spacecraft attempted a lunar landing, but an issue with the main engine caused it to fail.

The timeline beneath the Moon shows when each landing occurred, highlighting the 37-year gap between the last Soviet mission in 1976 and the first Chinese one in 2013.

The graphic is interactive. You can spin the Moon, and you can tap on each mission’s dot — either on the Moon itself or on the timeline — to learn more.