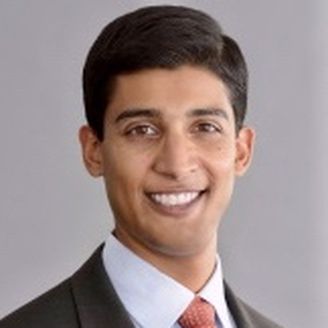 From December 2019 into the next several years, a slate of federal tax credits for solar and wind power are set to expire, allowing Congress a chance to revisit this valuable plank of clean energy policy.

The big picture: Under current incentives, wind and solar power have come to produce over 8% of U.S. electricity, up from less than 1% a decade ago. But the credits have ballooned in cost — from under $1 billion in 2008 to $5.5 billion in 2018 — while doing little to promote other new energy technologies that will play a vital role in decarbonizing the economy.

Context: Clean energy tax credits are one of the rare policy tools that have a meaningful climate impact and also enjoy broad support.

The bottom line: Tax incentives are just one element of a comprehensive climate plan, which could extend to increased RD&D funding and a price on carbon. But they are a bipartisan policy tool well positioned to scale up new technology options and squeeze emissions out of the electricity system, which accounts for more than a quarter of U.S. emissions.

Where blockchain will really matter in energy

In 2017, startups raised over $300 million to apply blockchain technology to energy, and deal flow has only ballooned in 2018. Although evangelists herald blockchain as the new internet, capable of upending mainstays of the energy sector like the centralized power grid, many applications have created more hype than value.

The big picture: There has been a dearth of straightforward, publicly accessible data on blockchain experiments in the energy sector, but that’s starting to change. What we’ve seen so far makes clear that some of the humbler initiatives — those that work within the existing system and partner with incumbent utilities and regulators — are likely to have the greatest impact.

The details: Within the electric power sector, there are five major categories of blockchain applications.

Although the largest number of blockchain ventures aim to replace the centralized grid with peer-to-peer electricity networks, the electric power sector is slow to change and has powerful incumbents, making a radical transformation unlikely.

Instead, the most promising applications — such as making existing trading markets more efficient and orchestrating far-flung networks of customer appliances — seek to manage the increasing complexity of the electric power system, which is under strain as intermittent solar and wind generators, power-hungry electric vehicles and decentralized electrical equipment connect to the grid.

What’s next: Because the electric power sector is highly regulated, policymakers will play a crucial role in determining how much of blockchain’s potential can be realized. An important first step is understanding what blockchain is and what it can and cannot do. One strategy, which energy regulators in the U.K. have tried, is to create a "sandbox" that relaxes regulations in a limited section of the grid so that entrepreneurs can experiment with blockchain and other new technologies.

David Livingston is deputy director for climate and advanced energy at the Atlantic Council’s Global Energy Center. Varun Sivaram is the Philip D. Reed Fellow for Science and Technology at the Council on Foreign Relations.

How to align the digital revolution with a clean energy transition

The digital revolution sweeping the energy sector would seem poised to help reduce the greenhouse gas emissions that cause climate change. Progress in artificial intelligence and computing power, the plunging cost of sensors and other digital equipment, and rising connectivity could all make it easier to use clean energy sources and cut wasteful energy use.

Yes, but: Digitalization is a double-edged sword. Unless policymakers around the world act quickly, it could make the global energy system dirtier. Policies such as carbon pricing are needed to steer the energy industry toward digital technologies that reduce emissions rather than raise them.

Take self-driving cars, for example — a technology that could transform the transportation sector. Robot taxis could cut emissions in half by ferrying people to mass transit, facilitating carpooling, and running on clean electricity rather than petroleum. But the same study warns that they could also jack up demand for vehicle travel by making it cheaper and more convenient. For self-driving cars that aren't electric, those extra miles could cause transportation emissions to balloon. Left on autopilot, the spread of self-driving technology could actually lead to a doubling of transportation-sector emissions.

Similarly, a smarter power grid could make it possible to deploy much more intermittent wind and solar power. And digital technologies like programmable thermostats make it much easier for consumers to save energy. But if firms move more aggressively to use AI for predictive maintenance of fossil-fueled power stations rather than renewable energy plants, the fossil plants could live longer and produce power more cheaply. Moreover, oil and gas firms can harness greater computing power to drill more productive wells.

The bottom line: As the digitalization of energy accelerates, policymakers must encourage the industry to prioritize emissions reduction. Policies such as putting a price on carbon emissions would help push the market toward clean energy technologies, while leaving unfettered the free market innovation those technologies need to flourish.

Varun Sivaram is the Philip D. Reed Fellow for Science and Technology at the Council on Foreign Relations, the author of "Taming the Sun: Innovations to Harness Solar Energy and Power the Planet" and the editor of "Digital Decarbonization: Promoting Digital Innovations to Advance Clean Energy Systems" (out today).