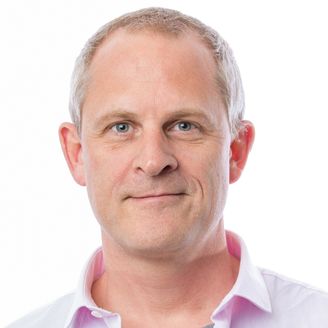 Last month, Sears announced its plan to close another 72 stores and identified 100 as unprofitable, after its 26th consecutive quarter with diminishing sales. Sears and similar retailers have suffered largely because of changing consumer behavior and market dominance of Amazon, which was responsible for 44% of all U.S. e-commerce sales last year.

But, but, but: While sales have declined the past six years for Sears, brick-and-mortar sales overall have increased each of the past four, driven by retailers who blend online and offline commerce and deliver memorable experiences. Companies such as Amazon and Apple built on consumer-first retail DNA, while other leaders such as Walmart and Target have acquired that DNA through aggressive acquisitions of next-generation brands such as Jet.com, Bonobos and Shipt.

Flashback: Never forget Blockbuster, the once-leading but now-defunct movie rental business. Blockbuster didn’t embrace digital change despite an opportunity in 2005 to purchase Netflix for $50 million, doubling down instead on the brick-and-mortar model by acquiring Hollywood Video. Today, Blockbuster is gone and Netflix is bigger than Disney, Comcast and Fox.

Lessons learned: Retailers that want to satisfy tomorrow’s consumer demand have to embrace trends, invest aggressively and acquire smaller, well-positioned companies, brands and management teams. Sears could have leveraged its retail footprint, scale, supply chain, iconic Craftsman and Kenmore brands and distribution advantages in concert with startup strategy to transition its business, but missed the opportunity.

The big picture: Successful retailers meet consumers where they want to be, providing value, variety and minimal purchase friction. Those that hold on to dated brands, distribution channels, experiences and value propositions will likely be left behind.

Tige Savage is a managing partner at Revolution Ventures.

The corner convenience store is being disrupted, driven by the increasingly familiar consumer desires for technology-driven convenience and healthier products.

Why it matters: Global, national and even regional brands need to plan accordingly as the next generation of convenience stores starts to gain traction with millennial consumers and investors. This could prove yet another example of technology hollowing out working-class jobs, as convenience store clerks go the way of gas station attendants.

What's new: Last January, Amazon opened Amazon Go, its high-tech version of a convenience store in Seattle, and has now announced its expansion to San Francisco and Chicago.

Yes, but: The Japanese-owned 7-Eleven has an impressive footprint with 65,000 locations around the globe; even Amazon would have a difficult time catching up. And while more consumers are seeking out healthier foods, it will continue to be gas, alcohol, cigarettes and accessible price points that drive the category.

Still, it would be wise for 7-Eleven and others like it to plan so they aren’t playing catch-up.

Tige Savage is a managing partner at Revolution Ventures.

What Amazon’s expansion into shipping means for FedEx and UPS

Amazon's move to provide shipping services to its business customers extends a trend at the e-commerce giant of subsidizing its operations by converting a cost center to a revenue source. For the first time, it puts Amazon in direct competition with key logistics providers FedEx, UPS and the U.S. Postal Service.

Why it Matters: Amazon has a history of disrupting incumbents’ billion-dollar categories (think: Amazon Web Services). Expect Delivery-as-a-Service (DAAS) to enter the e-commerce lexicon and shipping expenses to reduce their drain on the company’s earnings.

Amazon can now capture margin shared with shipping partners (increasing profitability), lower costs through scale (extending its advantage over e-commerce competitors), and further entrench itself as a critical supply chain partner for other online and offline retailers.

What's next: Logistics incumbents will want to oppose the move as anti-competitive, but consumers and businesses will benefit from lower costs — rather than be subjected to monopoly prices — so there's little reason to expect anti-trust traction.

The big picture: Amazon provides a master class on building a virtuous cycle, continuing to lower its costs as more third parties ship with Amazon. Those savings could then be reinvested into lower prices for Amazon's consumers, ultimately extending its reach over the competitors who use its DAAS service.