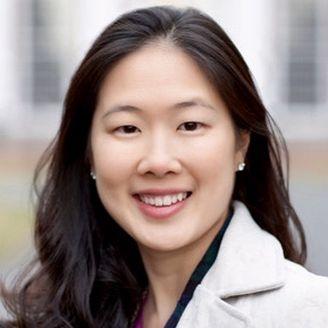 Kim's choice for Trump: the summit or Bolton’s approach

The big picture: North Korea seems to be insisting on two conditions for the U.S. summit it believed to have been previously established: U.S.–South Korea exercises will exclude threatening military power, and the U.S. will enter denuclearization negotiations in good faith.

During an April 27 meeting, North Korean leader Kim Jong-un told South Korean President Moon Jae-in that military exercises could continue, but with the understanding that major strategic assets like fighter jets and bombers would not be deployed. The most recent exercise did indeed involve F-22s, though plans to use B-52s have reportedly been scrapped. South Korea will likely try to assure the North that it will no longer use such assets in the immediate future.

As for the U.S. negotiations, Secretary of State Mike Pompeo has now had two direct meetings with Kim. While the details haven't been publicly disclosed, both parties appear to have reached enough of a consensus to move forward with plans for the June summit in Singapore. However, National Security Advisor John Bolton's recent references to a more aggressive denuclearization approach — "the Libya model" — have sowed North Korea doubts about Pompeo’s promised deal.

North Korea's statement now puts the spotlight on Trump, who must decide between Bolton's approach and the summit. Early signs indicate that Trump will opt for the summit, as White House Press Secretary Sarah Sanders has already described Bolton’s views as his own, not the administration's.

What's next: In the coming days, Seoul and Washington will likely scramble to patch things up so all three parties can proceed with negotiations. But North Korea's message is clear: If the U.S. doesn’t change its insistence on unilateral nuclear abandonment, North Korea may yet walk away from the table.

John Park is director of the Korea Working Group at the Harvard Kennedy School. Pamela Park is co-founder of the Brookbridge Group.

By the end of this week's joint summit, the two Koreas laid a foundation on which to build permanent peace on the Korean Peninsula. Paradoxically, however, the Panmunjom Declaration has left skeptics more skeptical and optimists more optimistic.

What's next: A key challenge for negotiators going forward is to lay out a game plan with tangible benchmarks to maintain diplomatic momentum. Each level in such a plan will be more complex than the previous one.

This is especially true when devising a concrete process for the elimination of North Korea’s nuclear weapons and their various delivery systems in return for security, diplomatic and economic concessions. Implementation and verification proved to be insurmountable in previous nuclear accords like the Six-Party Talks’ September 2005 Joint Statement.

The expansion of inter-Korean economic development projects may generate new opportunities to incentivize North Korean denuclearization. Massive transportation infrastructure projects in the North, starting with railways and roads, would offer greater support for commercial activity as well as symbolic importance.

The next stop will be the U.S.–North Korea summit, which will focus on steps toward denuclearization. For Washington, Pyongyang’s pledge to suspend nuclear and intercontinental ballistic missile (ICBM) testing is a necessary, but not sufficient, gesture.

The bottom line: Summits can create momentum, but without progress on a detailed implementation plan that momentum will fizzle out. Unlike prior summits and deals, a collapse now will not bring us to the start of another cycle — this time, North Korea’s nuclear and ICBM breakthroughs won’t allow that.

John Park is director of the Korea Working Group at the Harvard Kennedy School. Pamela Park is co-head of the Brookbridge Group.

After the breakneck speed of North Korea's ballistic missile and nuclear tests in 2017, the two Koreas marched together in the Winter Olympics in what some analysts lauded as a diplomatic breakthrough.

Why it matters: This will be only a fleeting pause in the ongoing nuclear crisis. The real test will come after the games conclude.

Many Korea watchers are hopeful that sports diplomacy will provide a face-saving way for the two Koreas to launch a robust dialogue. However, a core concern is that Kim Jong-un will cannily use the prestige of the Olympics to sanitize North Korea’s image as a nuclear pariah state and quickly return to building out its nuclear arsenal.

The bigger picture is that North Korea’s momentum from last year remains strong. Kim Jong-un himself declared in his New Year’s address that the North would start mass producing nuclear weapons in 2018.

The bottom line: Despite the Olympic lull, the U.S. and North Korea remain on track for a confrontation from which neither side will back down. If diplomatic efforts collapse, we’ll see a dramatic increase in U.S. military pressure on North Korea to compel the regime to denuclearize. After the Olympic torch is extinguished, 2018 will likely get much rockier.

John Park is director of the Korea Working Group at the Harvard Kennedy School. Pamela Park is co-head of the Brookbridge Group.