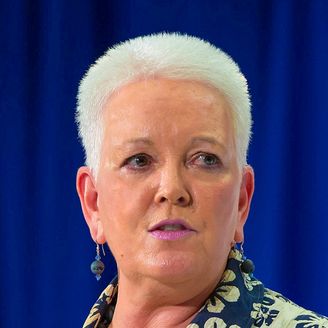 president and CEO, ONE Campaign (@GayleSmith)

A record $14 billion in commitments made last week to the Global Fund to Fight AIDS, Tuberculosis and Malaria could help the multilateral health partnership save up to 16 million lives while halving mortality rates from the illnesses it targets.

Why it matters: Very few countries are on track to reach the United Nations 2030 Sustainable Development Goal targets for HIV, TB and malaria. The new commitments mark a 15% increase from the previous replenishment three years ago and reflect greater prioritization of preventable disease.

What's happening: This successful replenishment benefitted from pressure by French President Emmanuel Macron and other leaders to secure support from an unprecedented number of implementing countries.

Yes, but: It comes as global multilateral organizations find themselves treading water amid a recent rise in complacency and nationalism.

How it works: The Global Fund, which connects governments, health organizations and the private sector to help low-income countries treat and prevent disease, reported in September that it has saved over 32 million lives since 2002.

What to watch: This round of commitments now has to be backed up with real dollars from donor countries, where some argue those funds would be better spent at home.

The bottom line: Funding multilateral health organizations has become harder in recent years, but this round of financing for the Global Fund is proof that global cooperation can still be marshaled.

Gayle E. Smith is the president and CEO of the ONE Campaign and a former administrator of USAID. ONE’s sister organization, (RED), mobilizes funds from the private sector to the Global Fund.

The Office of Management and Budget (OMB) is reportedly preparing to submit this week a rescission package that could cut billions in foreign development funding — a move that would have a long-term impact on both the federal budget process and vulnerable populations around the world.

Why it matters: OMB’s plan could target global programs that reduce food insecurity, improve public health, expand energy access and combat corruption. And it would upend decades of bipartisan consensus that development funds are a valuable tool to advance America’s values and foreign policy, national security and economic interests.

Details: OMB officials have expressed a desire to cut more than $4 billion from a number of State Department and USAID accounts.

Between the lines: Although the rescission package has been presented as a deficit reduction, a roughly $4 billion cut would amount to less than 0.1% of the federal budget, making its contribution minimal even as it risks driving up long-term costs.

The impact: The proposed budget maneuver also raises balance-of-power concerns in bypassing Congress to cut funding it has already authorized. It would effectively let the executive branch undermine legislative power of the purse.

What to watch: As early as this week, President Trump could send Congress details of the administration’s requested rescissions, which a bipartisan group of lawmakers have vocally opposed.

Gayle E. Smith is the president and CEO of the ONE Campaign and a former administrator of USAID.

After making landfall earlier this month, Cyclone Idai caused devastating flooding and destruction throughout Mozambique, Malawi and Zimbabwe, leaving up to 1,000 people feared dead and hundreds of thousands displaced.

The big picture: The UN called Idai "one of the worst natural disasters to hit southern Africa in living memory." Shortages of food and clean water and the risk of contracting fatal diseases like cholera or malaria only make the situation worse.

Details: Like the Ebola outbreak in the Democratic Republic of the Congo, the post-Idai emergency didn't initially receive the attention crises of this scale often do, though the international humanitarian system has begun to respond.

The bottom line: Even the smallest shocks to regions like southern Africa can trigger vicious cycles of poverty, violence and conflict — and the devastation caused by Cyclone Idai was anything but small. Hundreds of thousands of people now depend on a robust international response that will need to be sustained from emergency management through to rebuilding.

Gayle E. Smith is the president and CEO of the ONE Campaign and a former administrator of USAID.