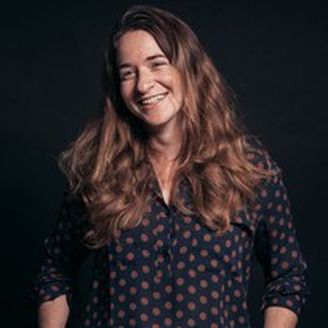 Climate change threatens coastal life as we know it

The Gulf of Maine is getting warm — quick. From 2004–2013, sea temperatures there rose faster than almost any other location on Earth.

Why it matters: The Gulf is home to a number of endangered species, and the fisheries there bring in several billion dollars per year to the U.S. and Canada, but the Gulf’s future hangs in the balance. Researchers are scrambling to understand what the warming water means for the people and animals who rely on the ecosystem, particularly as the changes there provide a glimpse into the future of coastlines around the world.

The Gulf of Maine lies at the intersection of several major ocean currents, including the Atlantic meridional overturning circulation, which moves dense, cold water down and toward the equator. Fresh water from melting sea ice seems to be weakening this current, which could be causing the Gulf to warm faster than other regions.

A combination of cold winters, warm summers, and dramatic tides make the Gulf one of the most productive ecosystems in the ocean. It's a critical habitat for right whales, seabirds like puffins, humpback whales, bluefin tuna and other species.

“If it changes, it will have effects on all of those animals. But it’s also a human place. There are important social and cultural connections people have with this water. If a town loses its identity as a fishing community, it loses part of its history in addition to the economic losses.”

Lobster: On the surface, lobster populations appear to be doing well. Sustainable fishing practices and colder temperatures in the northern part of the Gulf have brought in record hauls since 2010. But in Southern New England, the fishery has crashed, with populations declining and the remaining lobsters moving north.

Cod: Climate change and overfishing caused population numbers to fall well beyond sustainable levels. Although there’s active debate over just how many cod remain, everyone agrees numbers are much lower than they used to be.

Herring & Puffins: Climate change has caused herring populations to shift — with consequences for the shorebirds that rely on them. Without herring, puffin parents resort to bringing their babies butterfish. Unlike herring, which are perfectly shaped for young puffin-mouths, butterfish are round. The baby puffins are choking and starving.

Sea turtles: Records of sea turtles in the Gulf of Maine go back hundreds of years, and as their populations have increased, so have sightings. But sea turtle strandings, caused when turtles get caught by the hook of Cape Cod and freeze in cooling winter waters, have been increasing at rates faster than the population is rising.

Plankton: Calanus, a planktonic animal the size of a grain of rice, is the preferred food of right whales and at the center of the Gulf of Maine food chain. “If you asked an oceanographer to pick one species that would represent the North Atlantic, it would be calanus,” Pershing says.

Right whales: Last year, critically endangered right whale populations moved northward, out of the Gulf of Maine and into the Gulf of St. Lawrence, presumably to search for food. But it’s unclear if they found it — this year, for the first time in decades, there were no calves born, which can happen when food is scarce.

Distant visitors: Fish that are not normally found north of Cape Cod have been entering the area, in record numbers. Fishermen report catching sailfish, black seabass, squid, and blue crab, all of which are native to much warmer climates.

The bottom line: When we talk about warming waters, we often talk about shifting populations. Questions revolve around whether or not species will move north fast enough to survive rapidly warming waters. But the recent warming in the Gulf reveals something dramatic: even if animals like right whales follow the cold water north, the habitats they’re entering may not be able to support them.

“You’re not just sliding game pieces north on the map,” Pershing says. “The Gulf of Maine is really special.”

The Trump administration released a report Wednesday touting its tech-focused work across government in areas like artificial intelligence and biotech.

Why it matters: The White House’s Office of Science and Technology Policy is trying to show results despite tensions between the administration and both the tech industry and the science community.

The details: Officials mentioned efforts like the Department of Transportations updated policy on self-driving cars and the Commerce Department’s continued support of a key privacy agreement with the European Union. “These highlights represent only a fraction of the tremendous scientific and technological work conducted across the Federal Government,” the report says.

Yes, but: Many of the scientific accomplishments touted in the report were set in motion long before the Trump administration began. For example, while NSF-funded research won Nobel Prizes in 2017, those awards were for research conducted years previously, and although ground broke on the DUNE facility in July, plans for the international facility were drawn during the Obama administration. Science is a process that builds over generations, so it's difficult for any one president to take credit for scientific discoveries.

The bottom line: Trump requested drastic cuts to scientific organizations in both of his budget proposals, and the Office of Science and Technology still lacks a director to lead it or a CTO to head up its tech work, and has so many empty desks it's been described as a ghost town.

This story has been updated to reflect that OSTP's director, not the U.S. Chief Technology Officer, leads the office.

Captain Scott Kelly, an astronaut who spent a year on the International Space Station, talked with Axios about the results of a new survey that found the public has mixed views on science, his path to space, and the disconnect some people perceive between science and their daily lives.

Why science matters, per Kelly: “As time goes on, and our population grows on this planet, there are going to be problems with climate change, food, and water availability. These issues and problems are only going to be solved by science."

On the belief that you have to be a genius to be a scientist:

“I wasn’t a good student, I never thought that I could be a part of science or a scientist growing up. And I think, you know, I perhaps would have answered questions in this survey like a lot of people answered them. But it turns out, if you find inspiration somewhere or you work hard, most people tend to be successful.”

How the public views astronauts and the International Space Station:

"As an astronaut, especially coming back from a mission that got a lot of attention, I was exposed to the public. I’m always pleasantly surprised and reminded how interested people are in the space program. I’m not sure how much that interest translates into science in general, but I’m hopeful that this kind of enthusiasm translates over.”

On building enthusiasm outside of high-profile research:

"I think that big research and machines in space get people excited about science and math, but that’s not all of it. Science is something that you can do with your kids on an everyday basis. You can talk about it and encourage your kids to read books about science."

Why getting kids into science matters:

"It’s critical that we have a very diverse wide ranging availability of people to go into these fields. I think it’s important for me, especially as a parent, I have two young kids, that’ll live throughout this century. The quality of the world that we live in, or don’t, will be based on the talent and ability of scientists to solve the problems."

Why we should always have humans in space:

"I think we should make a commitment to never have all humans on Earth at one time. We’ve had people in space [non-stop] since 2000. It should continue somehow, whether on the ISS or elsewhere. We’re naturally explorers, it’s part of our DNA. I think that for us to thrive we need to continue to explore and push our boundaries, whether it’s going to Mars someday or elsewhere.

"The space program is expensive, but the benefits we get through the development of technology are worth the investment. And I think that if it inspires kids to become involved in science or math, then it’s worth every penny. If you have an 18 year old kid, that kid’s whole life, there have been people in space. I’ve never really thought of that before."