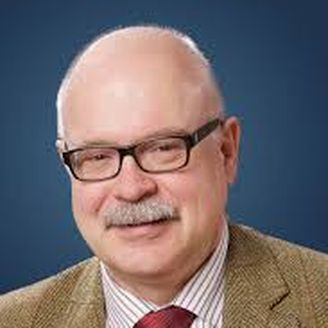 U.S.–Russia tensions calming in Syria, but still simmering well beyond

The run-up to the U.S. and allied missile strikes in Syria last week brought the U.S. and Russia closer to a direct military collision than they've been since the early 1980s. The strikes themselves turned out to be limited and carefully executed, but Syria remains a volatile arena for U.S.–Russia relations.

The big picture: While the proxy war in Syria does hold the potential for a clash between U.S. and Russian forces, it is only one of several theaters in which a larger conflict between the two countries is playing out.

Although the April strikes appeared to some an expansion of the U.S. role in Syria, they were still largely symbolic. Moreover, their manner of execution may have laid down a pattern of the United States' talking tough to Moscow but stopping short of provoking a war.

As for Trump's recent rhetoric, Russia has gotten used to such aggressive posturing — President Obama placed Russia in the company of ISIS and Ebola as the principal threats to peace in 2014, and Congress included it in its sanctions against Iran and North Korea last year — and no longer takes it at face value.

Moscow has now learned to distinguish between Trump’s words, which the Russians see as a tactic designed to throw opponents off balance, and his deeds. They will be watching the U.S. military’s moves much more closely than the president’s tweets.

The bottom line: In Syria, “deconfliction" between the U.S. and Russia — that is, prevention of head-on collisions — has continued to work. But de-escalation, which would entail a true easing of tensions, is nowhere in sight. Meanwhile, eastern Ukraine, Iran and — should diplomacy fail — North Korea will also remain tinderboxes in the U.S.–Russia Hybrid War.

Dmitri Trenin is director of the Carnegie Moscow Center and chair of the research council and Foreign and Security Policy Program.