A new website and social media presence for President Trump launched Friday, with different content but a similar feel—and a look at the incoming president's top priorities.

Per a Trump transition staffer, the new site, which went live at noon, featured a new image of the incoming President, a welcome message from President Trump, new bios and a few new pages about issues, but keep the aesthetic feel of the site under Obama. 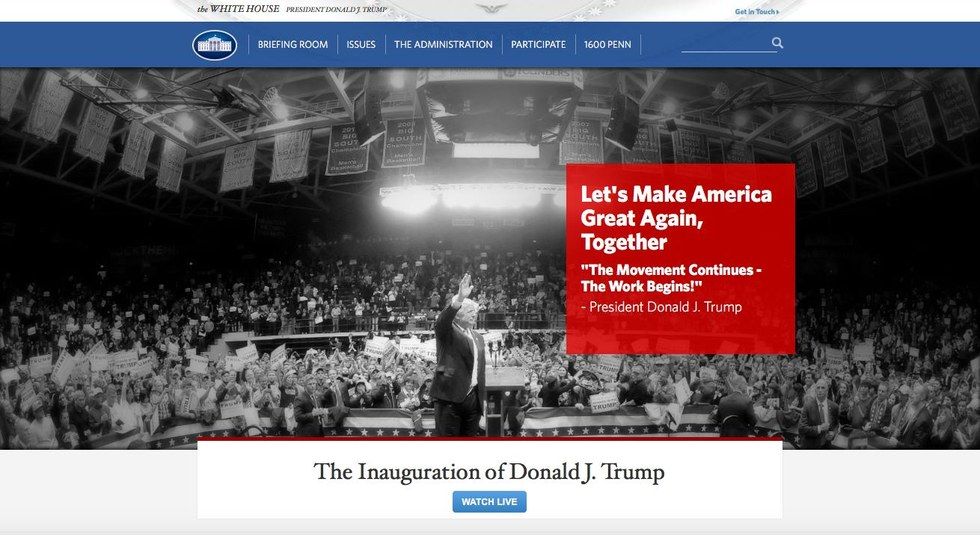 From a technical perspective, the back-end of the website remained the same. "We are building on the foundation already in place," a transition staffer said. "The site should evolve over time."

Top Issues: The site gives us a peak into the "top issues" the 45th Administration will tackle. 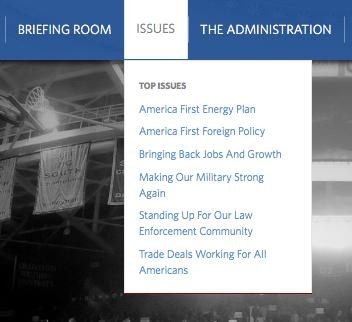